A C-17 Globemaster is on a late night flight to deliver supplies, equipment, and personnel to Eielson Air Force Base near Fairbanks, Alaska. The flight originated out of McChord Air Force in Spokane, Washington. It’s a little over two and a half hours into the flight and the time is 3:45 am in the morning. The distance between Spokane to Fairbanks is 1,635 miles. At a cruising speed close to 500 mph, the total flight time should be approximately 3 hours and 45 minutes.

A warning light appears, piercing the darkness in the cabin. Along with the light, an alarm sounds. Though monitoring the flight controls and reviewing checklists for landing at Eielson, the crews are still jolted to attention and their heart rates rapidly increase as everyone works to identify the problem at hand.

The forested, mountainous terrain below the C-17 Globemaster is a very remote region in British Columbia in Canada. If an emergency arises that would cause the aircraft to disappear off radar, like being involved in a crash landing, trying to locate the crash site to get reach survivors quickly would be very difficult. 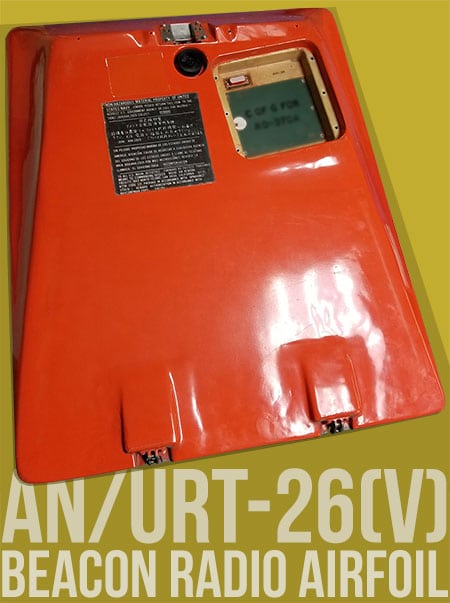 To help identify a crash site location, cargo and passenger aircraft like the C-17 Globemaster are equipped with radio beacons. An AN/URT-26(V) Beacon Radio Airfoil like the one pictured here (Image 1) is an emergency locator like you would find on the C-17, E-3 Sentry, P-3 Orion, C-130 Hercules, E-2, and other cargo aircraft. The URT-26 is mounted into a fiberglass tray that blends into the exterior skin of the body at the rear of the aircraft. The release of the transmitter is triggered by frangible switches located on the aircraft nose, wingtips, and lower fuselage, and released by a hydrostatic switch mounted on the inside of the airfoil tray. When a frangible switch crushes on impact or a hydrostatic pressure switch sinks at 6 feet of water, the closed electrical circuit releases a spring catch to release the airfoil into the slipstream. The transmitter can also be manually deployed through a control panel in the cockpit near the navigator.

The outer shell of the beacon is made of styrofoam and fiberglass and is airfoil-shaped so that when deployed into the plane’s slipstream, it descends in a floating pattern away from the crash site to keep it from being destroyed by the impact or fire. The styrofoam allows the beacon to float in water indefinitely. Powered by twelve NT-CAD batteries, once released from the body of the craft, it begins to transmit a distress signal at 243MHz.

What drove the development of a device like the beacon radio transmitter? The answer is two aircraft crashing during World War II. During World War II, an experimental jet fighter crashed and had no beacon to locate it. Another aircraft was sent to find the downed fighter in a heavily wooded area. As a result of flying low to find the location of the crash site, that second aircraft also crashed.

Harry Stevinson, a Canadian inventor who worked for the National Research Council’s (NRC) National Aeronautical Establishment (NAE), knew that if the first aircraft had a locator beacon the second aircraft could have flown at a higher altitude during the search. Stevinson began designing a crash position indicator. Prior to the development of his crash position indicator (CPI), other CPIs existed but were mounted to the aircraft. Being attached to the aircraft, these earlier models would sink with the plane in a water crash or on land the signal would be blocked when under the aircraft’s body. Stevenson’s design would separate the locator beacon from the aircraft and float, or otherwise clear the impact site.

Back in the C-17 cockpit, following a checklist following the alarm, the pilots quickly assess the emergency issue and determine it is a false alarm. The flight continues on without any further incident to Alaska where they can have the false alarm examined further by the aircraft maintenance crews.

The unit pictured in Image 1 is the Beacon Radio Airfoil AN/URT-26(V) (138700-4 or 126615-1) of a military reconnaissance aircraft. This unit was repaired by Duotech Services technicians, who support electronics, avionics, and communications components for aircraft like the E-3 Sentry, P-3 Orion, C-130 Hercules, C-17, and even fighter aircraft like the F-5 Tiger II, F-15 Eagle, and F-16 Falcon. DSI technicians evaluated the equipment and discovered the defective components. The faulty components were replaced and the serviceable unit was returned back to the customer.

A qualified Depot Level Maintenance (D-Level) facility can eliminate the need to scrap repairable equipment by identifying the faults in malfunctioning equipment and repairing them quickly. Often with obsolescent equipment, supporting technical data can be nonexistent, stopping repairs in their tracks. Finding a qualified depot that has the ability to reverse engineer obsolete technology and remanufacture unavailable parts is essential to returning mission-critical systems back to aircraft and ground systems.

Duotech provides repair support capabilities for base stations, antennas, radar, towers for communications and RF, and also electromechanical and power electronics for aeronautical and ground-based systems. With over 34 years of experience, DSI provides a full range of equipment repair services and is certified AS9100D and ISO 9001.

Get Your Embeddable C-130 Infographic 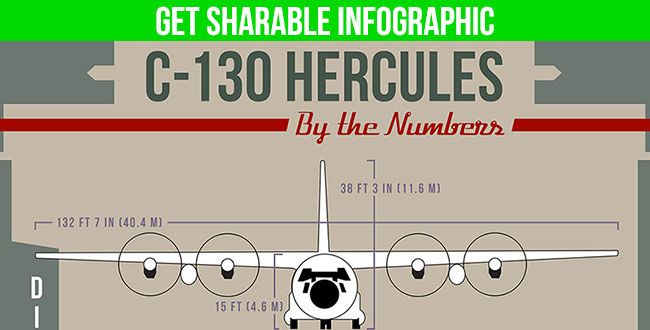