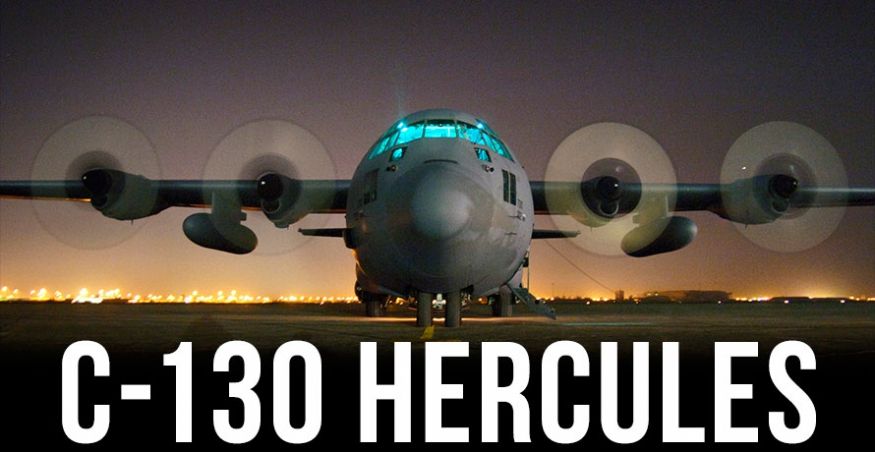 Sixty-one years is a long time to produce and sustain any product in any industry. But in the defense industry where technology is constantly evolving to save lives and win wars, any tool that can prove its longevity and necessity across multiple decades is an ideal picture of success. If you are searching for which aircraft typifies this success, look no further than the C-130 Hercules. 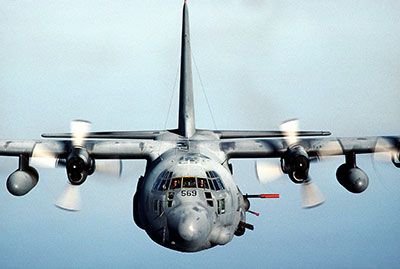 The Hercules is not the largest cargo aircraft employed by military services around the world. In fact, if you compare maximum payloads of active fixed-wing transport aircraft you would find the C-130 to be fairly pedestrian. It is, however, a very versatile platform that has transformed over the years from its original mission of troop, cargo transport, and medical evacuation, to be an aircraft that can meet nearly any objective.

There are now over 40 models and variants of the C-130. It has been adapted to carry out assignments in an ever-changing environment and perform mission requirements as diverse as an aerial tanker, airborne hospital, space and missile operations, and even gunship. The makes the Hercules a popular service tool for military, government, and civilian applications worldwide. 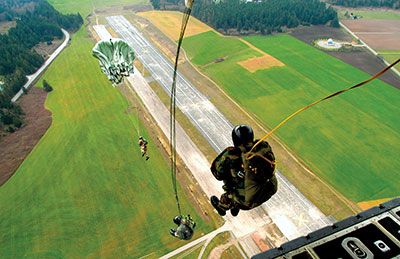 During the Korean War, the existing piston-engine transports from the World War II era proved inadequate for then-modern warfare. In 1951, the United States Air Force sought designs for a new heavy transport aircraft. The General Operating Requirement (GOR) for a new transport consisted of an aircraft that could transport 92 passengers, 72 combat troops, or 64 paratroopers, depending on the mission profile. The Air Force also wanted the aircraft designed to haul large, bulky equipment, like artillery and tanks, over long distances. It was also required to land and take off in tight spaces, even on rough, dirt strips. In order to conduct paratroop drops, the aircraft would also need the ability to slow to 125 knots and still maintain altitude. Furthermore, these requirements needed to be met on a platform that could be flown, if needed, with one engine.

From its inaugural flight on August 23, 1954, the YC-130 prototype was a success. The YC-130 incorporated a hinged loading ramp at the rear fuselage, rather than side doors like on passenger airliners. This loading ramp allowed for easy entrance of troops and paratroops as well as easy loading of palletized loads and vehicles. The rear ramp also acted as a platform from which paratroopers can be launched, cargo can be airdropped, and tanks and vehicles can be low-level extracted.

The latest version of the C-130, the C-130J Super Hercules, is a comprehensive update. Upgrades in the Super Hercules include new Rolls-Royce AE 2100 D3 turboprop engines with composite scimitar propellers, updated flight decks, avionics, and other systems. Additions to the cockpit include head-up displays (HUD) for both pilots. 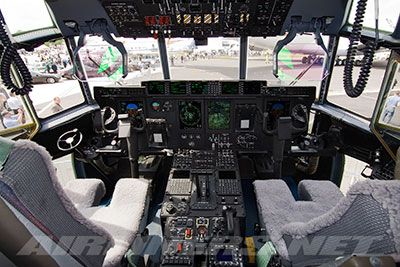 Along with the HUD additions that come with the C-130J, the avionics upgrades provide pilots the capability to airdrop in instrument conditions without the need for zone markers. Earlier C-130s utilize the APQ-122 radar system. The upgraded C-130J comes equipped with the APN-241 Low Power Color Radar which provides high-resolution mapping capability. This system coupled with the dual Inertial Navigation System and Global Positioning System (INS/GPS), enables the Super Hercules to be capable of delivering in all weather environments. The state-of-the-art technology of the C-130J significantly improves performance while reducing ownership costs. The J-model is the only C-130 model still in production. 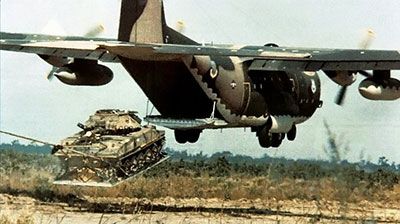 The earlier model C-130s need a minimum of five crew members; two pilots, a navigator, a flight engineer, and a loadmaster. The C-130J reduced that requirement to just two pilots and a loadmaster. The Hercules can carry 92 passengers or 64 airborne troops. If resupplying a combat unit located near the front lines, the C-130 can airdrop, at very low altitude, up to six large pallets of much-needed supplies. In the cargo area, a loadmaster can fit three Humvees or two M113 armored personnel carriers. These performance capabilities enable the C-130 to be the perfect tool for intratheater tactical airlift, the aircraft’s original mission.

For over 60 years the C-130 has been a workhorse for more than 60 nations worldwide. Over its storied history, the Hercules has had a low accident rate and has proven to be much more affordable transport option when compared to other transport aircraft of similar size. These characteristics have provided the C-130 astonishing successes for decades and permit it to remain a popular choice for a variety of missions to many organizations around the world.