3 Interesting Notes About the P-3 Orion 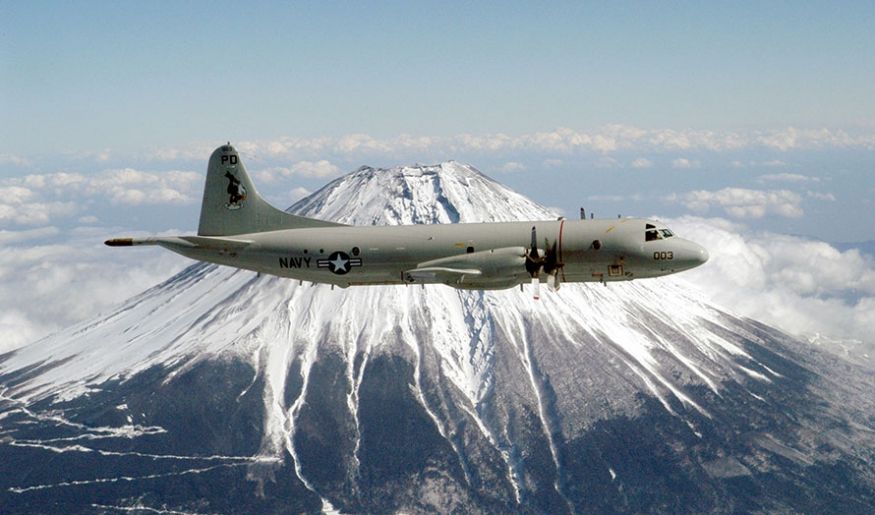 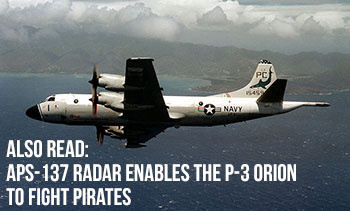 Designed to be the Navy’s primary long-range maritime patrol aircraft, the P-3 Orion has evolved from surveillance over the sea to a wide range of additional mission profiles since its first flight. The Orion provides air, surface and subsurface patrolling and reconnaissance capabilities over long periods of time, far from land-based support facilities. The P-3 is a four-engine turboprop aircraft. It requires a crew of eleven, which includes three pilots. The maximum airspeed is 411 knots but the cruising speed is 328 knots. The mission radius is 2,380 nautical miles, which enables it to remain on-station at 1,500 feet for three hours. Since the beginning of the Orion’s service life in 1962, it’s primary mission profile has been submarine hunting and maritime patrol for the U.S. Navy. P-3 Orion during the Cuban Missile Crisis in Oct. 1962 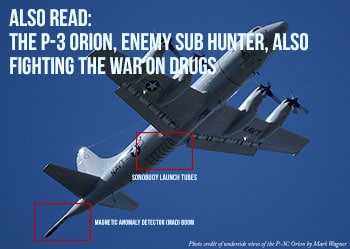 Over its lifespan of fifty years, the P-3 Orion has been acquired by various civilian operators. One of those organizations is NASA, which uses the P-3B as an airborne science laboratory. Customs and Border Protection operates P-3 AEWs for border patrol and anti-drug duties. The National Oceanic and Atmospheric Administration has two modified Orions used for weather research and hurricane hunting. P-3As have also been converted into aerial firefighting platforms. Outside the US, 19 countries operate various versions of the P-3 for a wide range of applications.