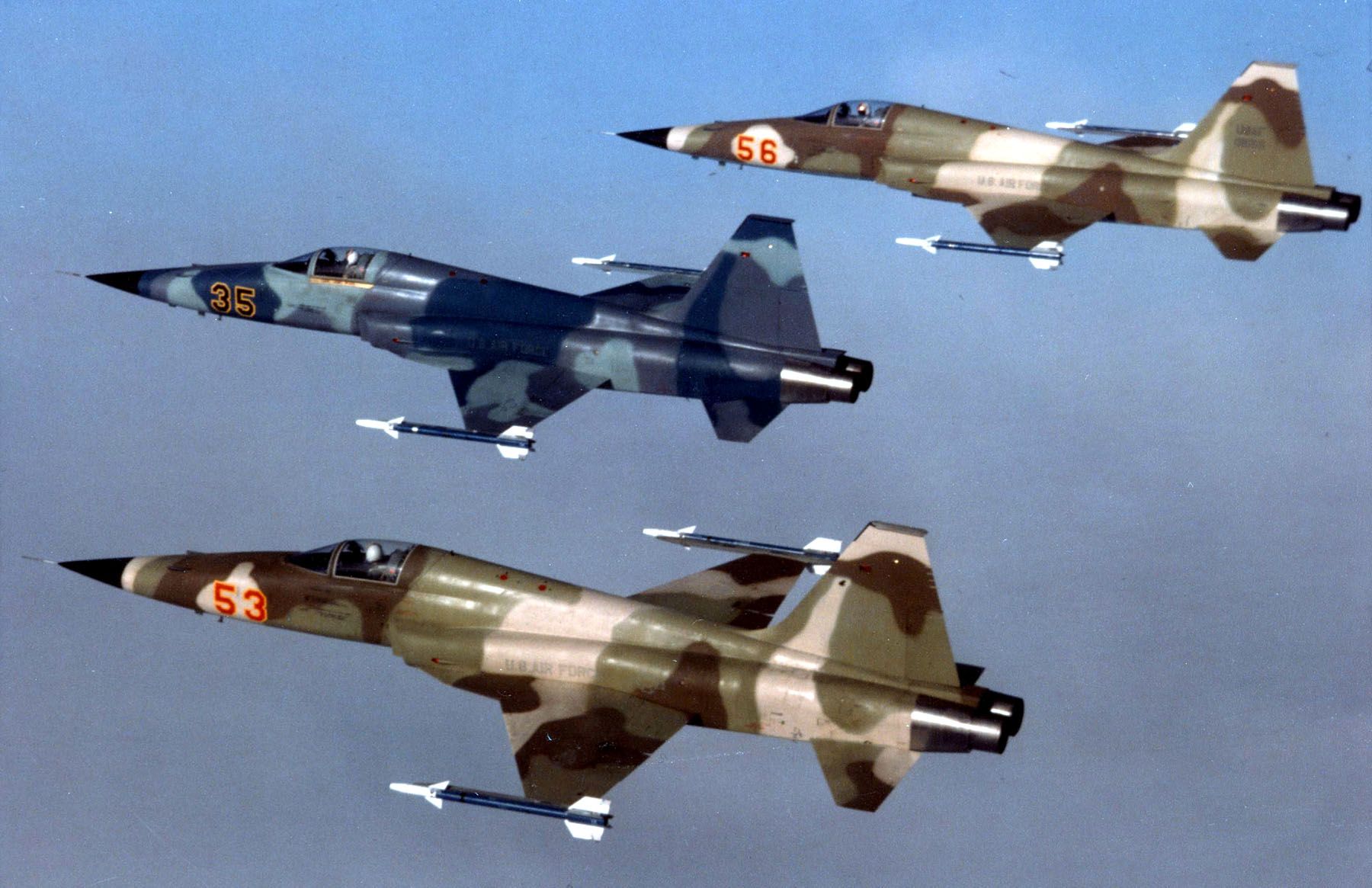 A soldier slumps down, leaning back against his rucksack like an oversized pillow, using it as a brace against the ground, resting his feet, his back, and everything else that hurts him. It’s day five of six on a long-range reconnaissance hump. His unit trudges along a thin, well-worn trail that crosses over a mountain top, down through a valley, and over another hilltop, which they repeat over and over for 10 to 15 miles each day.

He closes his eyes for a moment, attempting to sneak a quick rest before the platoon leader presses them onward. From far off the soldier hears the faint sound of jet engines. He can tell by the pitch that there are more than one, but he is not sure exactly how many. Instead of simply screaming straight across the clear, blue sky overhead toward a target, the soldier recognizes that multiple jets are engaged in air-to-air combat just out of his view. Staring up from the dark, humid Vietnam jungle, he waits for the combat acrobats to break into view through the small opening of the trees overhead. As they do he recognizes that it’s one American F-5 Tiger and one North Vietnamese MiG-17 duking it out.

In a deadly dance, the two climb, accelerate, drop, twist, decelerate, and try to outmaneuver each other to gain a decisive angle. With a couple of missed opportunities using the machine guns, after three minutes of fierce battle, the F-5 unleashes a sidewinder missile that finds its mark, leaving only one pilot in the sky. As the Tiger pilot quickly withdraws from overhead, the soldier’s platoon is up on its way to another unnamed hilltop.

First introduced in 1962, the F-5 Tiger is a supersonic lightweight fighter aircraft. Compared to other fighter aircraft of its time, this aerodynamic and nimble jet was smaller and simpler than its contemporary, the F-4 Phantom, and cost less to purchase and operate. This made the Tiger a popular daytime air-to-air fighter aircraft.

The F-5’s original mission was to be a superior daytime air-to-air fighter and did not even include a radar. In the beginning, it fulfilled a limited air-to-ground role. Early models were the F-5A/B Freedom Fighters and included the most basic of avionics. The F-5 would eventually be fitted with an AN/APQ-153, designed to fit the tight confines of a radarless nose cone. The addition of the APQ-153 provided the F-5 pilot simple air-to-air modes and a short detection range. Following upgrades and a new designation, the F-5E/F Tiger II radar would include the APQ-159 pulse-doppler radar. This upgrade would double the radar range, increase the off-boresight tracking angles, and greatly improve reliability.

Though it only served a limited combat service in Vietnam for the U.S. military, it has also been utilized as pilot trainers, aggressor aircraft (Top Gun School), and reconnaissance aircraft by the United States. Other operating countries have modified the aircraft to include more improved radar systems, helmet-mounted display systems, multi-function display avionics, and capabilities of utilizing the AIM-120 AMRAAM air-to-air missiles.

The low cost of operation of the F-5 makes it a popular supersonic aircraft for the United States and more than 30 other countries like Brazil, Chile, Tunisia, Ethiopia, Kenya, Norway, Republic of China, and Switzerland. For most who still maintain the F-5, it is a critical part of their defense strategy.

Even with tight funding, systems must be maintained to ensure mission-critical components are ready to keep those fighters in the air. Duotech supports existing systems like the APQ-159 radar of the F-5 Tiger II delivering under budget and meeting critical deadlines. Contact Duotech today about your F-5‘s APQ-153, APQ-159, as well as the F-16’s APG-66 and APG-68.