Know Your Altitude Because “Flying is Not Dangerous; Crashing is Dangerous.” 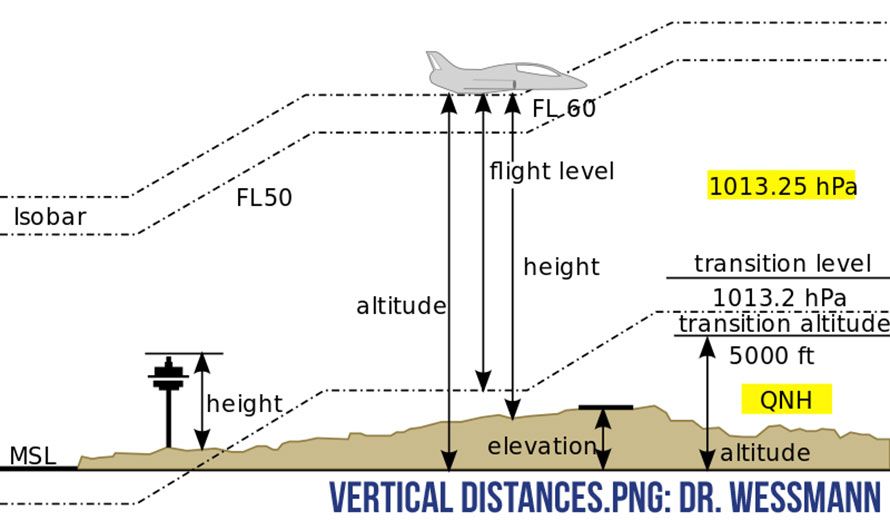 When visibility is low, cloudy, dark, or you are flying over open waters at night, it is very difficult and sometimes impossible to see the horizon or to know where you are in the sky. Without instruments, the pilot is essentially flying blindly through the sky. In this environment, the aircraft can quickly find itself much closer to the earth than the pilot might have calculated.

Speed is life, altitude is life insurance. No one has ever collided with the sky.

What Is an Altimeter An altimeter is an instrument that measures the altitude, or height, of an object in relation to what is under it. When it comes to altitude measurement in aviation, there are two different instruments in an airplane or helicopter. Those are a barometric altimeter and a radar altimeter.

What Is a Barometric Altimeter

What Is a Radar Altimeter What Is an APN-232 Airborne Navigation Radar

The APN-232 consists of two antennas under the nose in the forward equipment bay, a receiver/transmitter, a signal data converter, and an indicator. The system also provides analog and digital outputs to aircraft avionics systems like the computer or the head-up display, HUD.

Its Receiver-Transmitter (R/T) RT-1438 transmits a signal through the antennas to the earth’s surface, receives the reflected signal, processes the information, and provides the resulting altitude-related data from 0 to 50,000 feet to various avionics systems. To interface the R/T with a multitude of electrical interfaces in different aircraft, it possesses a Signal Data Converter (SDC) CV-3807. The SDC is designed to eliminate potential data freeze that might occur during in-flight emergency power switching.

Since 1975, the APN-209 has been installed in helicopters like AH-1F, UH-1V, CH-47D, OH-58C/D, and H-60. Like the APN-232, the APN-209 provides the pilot a warning when the aircraft is at or below an altitude position set by the pilot. The radar altimeter enables the military to fly helicopters and airplanes very low over the land and the sea. This helps the aircraft to avoid radar detection and being targeted by anti-aircraft guns or surface-to-air missiles.

Extensive Test and Repair Capabilities for APN-232 and APN-209

Duotech has extensive test and repair capabilities for the Receiver/Transmitter and Signal Data Converter components of both the AN/APN-232 and AN/APN-209. Even with tight funding and rising repair costs from the OEM, systems like the digital signal converter and receiver/transmitters radios of radar altimeters must be maintained to ensure mission-critical components are ready to keep those fighters in the air.

AS9100 certified, Duotech supports existing legacy and obsolete systems in aircraft like the F-15, F-16, and F-5 enabling operators to avoid scraping repairable equipment, while delivering under budget and meeting critical deadlines. Duotech provides repair services of electronic components for a variety of fixed wing and rotary wing aircraft systems. You can begin your Part Number Search or request a repair quote from Duotech today.