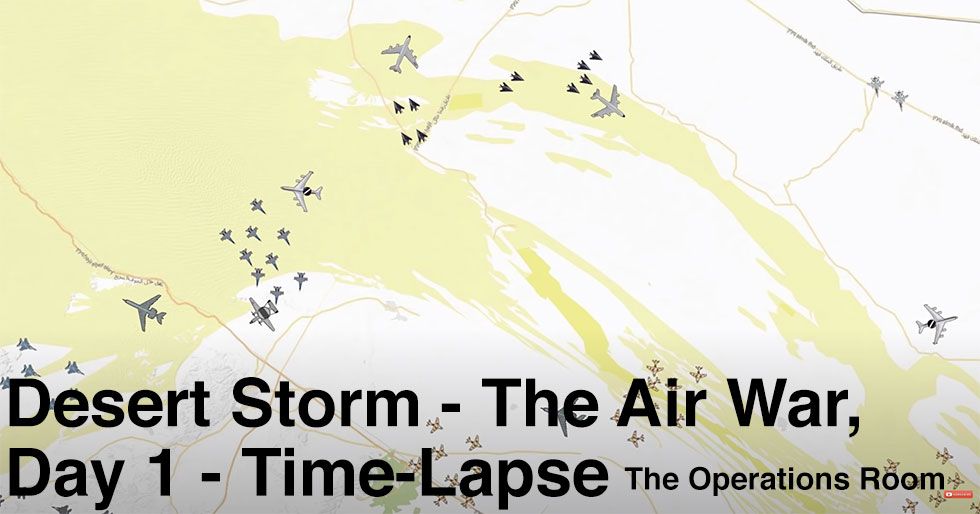 On January 16, 1991, coalition armed forces led by the United States and comprised of 35 other countries were in the final hours of preparation. A United Nations resolution deadline of January 15, 1991, stating Iraq should leave Kuwait had passed. For many weeks, large formations of coalition aircraft had flown along the border of Saudi Arabia, Iraq, and Kuwait to condition Iraqi forces to hear them.

Filling the early morning skies over Saudi Arabia and the Arabian Gulf, a well-choreographed dance of nearly 2,430 fixed-wing coalition aircraft were airborne. They flew in patterns and refuel as they await their chance to make a run north of the Iraqi border.

From history books, we know the battle began on that 17th day of January. We know the fight to push Saddam Hussein out of Kuwait started with an air assault. But do you know how many different coordinated strikes there were, or where the various multi-mission aircraft came from, what they attacked, and why? For instance, one of the initial strike packages was seven B-52G Stratofortresses that flew a round trip flight 14,000 miles from Louisiana.

There were 2775 sorties flown against strategic targets in the first 24 hours. This video below created by The Operations Room is a well done time lapse of the air war on the first day.