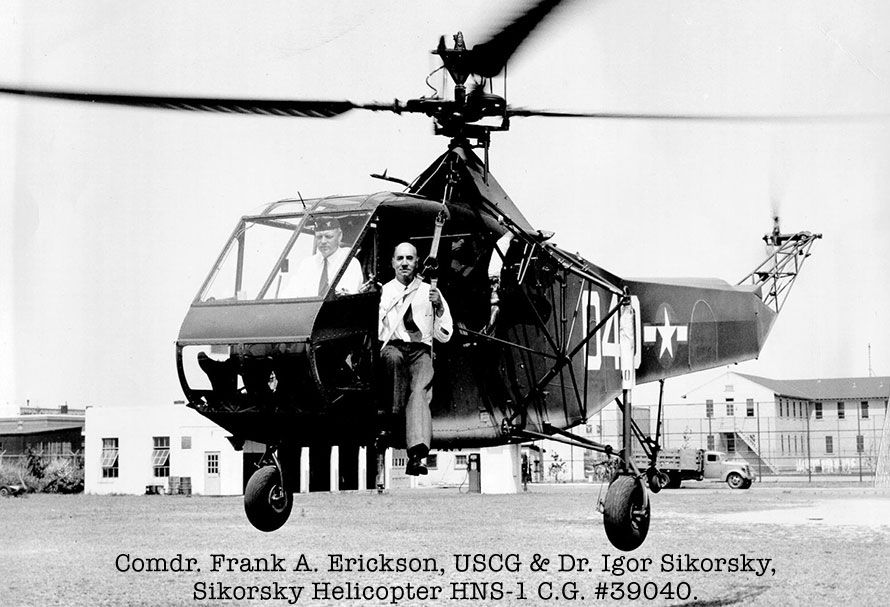 has always had a desire to fly. The drive to leave the ground like a bird and see the earth from a new perspective has motivated men to build flying contraption after flying contraption to find the solution. The first successful flight of a heavier-than-air craft was achieved by a glider over the sand dunes of North Carolina.

The glider led to powered flight in a bi-wing that carried one man over longer distances with controls for sustained flight. Getting airborne was achieved, but then the goal became to carry more people over distances and even to put weaponry on the aircraft for military purposes.
Being able to fly above the trees may have been the carrot, but that carrot continued to move ahead as engineers worked to achieve even more with the fixed-wing aircraft.

In order for fixed-wing aircraft to get the lift necessary to leave the it needs a runway for take-off. A plane also needs a runway to successfully return to the earth. The aircraft needs to be powered forward fast enough that air moving across the wing provides lift. To maintain that lift, a plane needs to move forward above a certain speed or it will come crashing back to the earth.

Since Leonardo da Vinci drew his ornithopter in 1488, it was only a matter of time before someone invented the helicopter. The helicopter’s rotors act like the propellers on a plane, providing lift. A pilot adjusts the angle of attack on the rotors so the helicopter will climb or descend, move forward or backward, and even side-to-side. To counter the natural reaction of the body to spin in the opposite direction as the rotor, a second rotor just below or behind the main rotor spins in the opposite direction. Or, instead of two opposite spinning top rotors, a helicopter may have a tail rotor that counters the spin.

Rotary wing aircraft have advantages and disadvantages over fixed wings. Since the rotor blades are the wings that provide the lift, a helicopter can take off and land without needing a runway. I can also hover in one spot or move slowly over an area. But a helicopter’s disadvantage is it typically cannot fly as fast as a plane or carry as many passengers or cargo.

Though Leonardo da Vinci illustrated a helicopter-like design in the late 1400s, it would take 500 more years before a helicopter would be invented. A Russian-born engineer named Sikorsky may be the father of the modern helicopter, but he was not the first to achieve flight in a rotary aircraft.

An aircraft that provides the user short take-off capabilities along with fixed-wing speed is the U.S. Marine Corps’ V-22 Osprey. This aircraft is a hybrid between a helicopter and a plane. It can take-off and land like a helicopter, but once airborne, transitions its two rotors forward like a plane. Like a helicopter, it can take-off, land, and hover. Like a plane, it can carry more troops and cargo than a helicopter. Its capacity is up to 32 troops or 20,000 lb of internal cargo. It also has a cruising speed of 277 mph with a maximum speed of 316 mph. Its combat radius is 426 miles and a service ceiling of 25,000 feet. It provides the best of both worlds.

The U.S. military operated a helicopter as early as 1945 with the Sikorsky H-5. However, the Helicopter would earn its place as a valuable military asset during the Korean War. If you have watched the TV show M.A.S.H. and saw the medivac helicopter, then you have seen Bell Model 47 carrying the injured soldiers in litters on each side of the aircraft.

Helicopters are wonderful tools. Beyond the military uses of transport, defense, and attack, civilian agencies helicopters are also used for fire fighting, law enforcement, search and rescue, medical transport, and tourism. The ability to access difficult spaces and remain on station, like when hovering down into a canyon on a search and rescue mission or dropping water on a forest fire, makes a helicopter a life-saving tool.

If maintained well, a helicopter can have a long service life. As the helicopter ages, so do the electronics the pilot depends on to keep it flying. Upgrading or completely replacing those avionics systems can be out of the budget for many , governments, and civilian operators. Even with tight funding, these systems must be maintained. Another option for supporting the aging and obsolete systems is repair or overhaul of the electronic and electromechanical equipment of the aircraft.

Duotech Services solves the engineering, reverse engineering, repair and re-manufacturing problems of military and civilian agencies, as well as aerospace and commercial users of electronic and electromechanical equipment in rotary-wing aircraft. Some of those platforms include the OH-58 Kiowa, UH-1 Huey, UH-60 Black Hawk, AH-1 Cobra, and AH-64 Apache. Duotech provides high-quality services to our customers within the budgeted schedule and maintains an AS9100C registration and is a qualified repair station for thousands of items. You can begin your Part Number Search or request a repair quote from Duotech today.