History of Adversary Air – When It’s Good to Be Bad

In the Beginning – WWII

During WWII, both the British and Germans were able to capture each other’s aircraft by various means. Both sides would use these captured aircraft to train their own pilots on the weakness and strengths of the platforms they would face in air combat. This also occurred in the Pacific with the allies using Japanese aircraft.

Some senior pilots would be given the opportunity to fly these captured aircraft, which allowed other pilots to train against the same planes they would soon battle in aerial combat. To improve Air Combat Maneuvering (ACM), each side set up its own squadrons that would travel to airbases so all pilots could train.

For the Germans, it was the Touring Zirkus Rosarius, named for the founder, Theodor Rosarius. These Luftwaffe pilots tested the British and American aircraft and toured operational German airfields across Europe to train their fighter pilots.

The Technical Air Intelligence Unit, TAIU, was the Allied military intelligence unit in the Pacific. This unit was formed among the allies of the Royal Air Force, the United States Army Air Forces, United States Navy, and Republic of China Air Force. Their goal was to recover Japanese aircraft in order to gather technical and capabilities data and train the Pacific Theater pilots.

In the following years, pilots kept their edge, experiencing aerial combat victories in the Korean War as the U.S. armed services still had men with experience in head-to-head combat from World War II. In Korea, the American pilots flying F-86 Sabres faced Chinese pilots flying the MiG-15. American pilots dominated the sky and the U.S. experienced a victory ratio of 10:1, with 792 MiGs lost versus 78 Sabres.

Following the Korean War, the United States reduced its emphasis on air combat maneuvering (ACM) due to the belief that daytime dogfighting was a thing of the past. The fighter jets of that era would include radars that would presumably put missiles onto their targets Beyond Visual Range (BVR). With this belief, less importance was placed on training pilots to dogfight.

During Vietnam, the very fast F-4 Phantom II, the primary fighter platform for the U.S., faced a nearly as fast, but very more nimble, MiG-21. The radar-guided missiles were very unreliable as most would not hit their target, especially at BVR, and some would not even release at all. Because of this lack of reliability of firing missiles at far-off targets, the pilots would need to maneuver behind the MiGs and fire multiple missiles simultaneously in order to have a chance at a kill. To make matters more difficult, the early F-4s did not have an internal gun. During the Vietnam War years of 1967-68, these circumstances created a less than spectacular U.S. kill-to-loss ratio of 2:1. Something needed to be done to increase the effectiveness during aerial combat of the American pilots.

In 1969, the United States Navy selected some of their best pilots to create a program that would train pilots to once again become the best dogfighters. The program would develop into the Advanced Fighter Weapons School, better known as Top Gun. The Navy pilots in their F-4s would go head-to-head with other Navy instructor pilots, demonstrating Vietnamese Air Force tactics in aircraft that mimicked the size, speed, and agility of the Vietnamese MiGs, like the A-4 Skyhawk and F-5 Tiger IIs. With Naval Aviators learning better aerial combat tactics, like how to take advantage of the MiG’s vulnerabilities, using more accurate missiles, and getting a new internal gun on the improved F-4, the Navy’s kill ration greatly improved after 1970 to 12:1.

The Air Force, who had not made adjustments in their training, did not see a great improvement in their kill ratio. Even with improvements to the F-4s missile tracking, adding the internal gun, and a new radar system that would improve situational awareness of the F-4 pilots, they still experienced a less than stellar air combat loss ratio. Therefore in 1972, the United States Air Force established its own Dissimilar Air Combat Training program to train its pilots in air combat.

The Air Force equivalent to the Navy’s Top Gun is the USAF Weapons School based at Nellis Air Force Base in Nevada. The unit would be named the 64th Aggressor Squadron, nicknamed the Aggressors, and would be equipped with T-38 Talons and F-5 Tiger IIs to train their pilots in aerial combat. The other USAF AGRS is the 18th Squadron nicknamed the Blue Foxes. Though the USAF aggressor squadron training was too late to make a difference during Vietnam, when pilots did meet enemy aircraft, they swore by the aerial combat tactics they had been taught.

Over the coming decades as the Cold War continued, aggressor units adopted Soviet-style tactics and even secretly acquired Russian fighters to further enhance pilot training. The adversarial training schools would become experts in the way the Soviet Union used air combat tactics in conjunction with ground operations. The U.S. jets were painted to mimic the Russian aircraft and even the pilots would wear uniforms to immerse themselves into the aggressor roles.

The Air Force continued to develop its programs like Red Flag, a large-scale exercise that gave pilots experience with operating in huge air operations with many different elements. The training was so successful that over the 40 year period of the F-15‘s service, it has racked up more than 100 dogfighting victories without one F-15 loss. Today, the 64th AGRS fly F-16C Fighting Falcons, which are painted in Russian camouflage schemes.

The Snipers, a Marine Corps Reserve fighter squadron, is the only adversary unit in the Marine Corps. The squadron was activated in 1986 and initially flew F-21A Kfirs, an Israeli built combat aircraft. Today, they are stationed at Marine Corps Air Station Yuma in Arizona and currently operate F-5E Tiger II’s. Besides adversarial air for training exercises, VMFT-401 also helps train new Marine Corps F/A-18 Hornet pilots. VMFT-401 pilots are reserve Marines and many are commercial airline pilots. They are experienced, highly trained, prior active duty Marine pilots and are experts in air combat tactics.

The three adversarial training units for the United States Navy are VFC-12 Fighting Omars, VFC-13 Saints, and VFC-111 Sundowners. Both -12 and -13 squadrons have flown both the A-4 Skyhawk and the F/A-18 Hornet. VFC-111 has only operated the F-5E Tiger II.

NAVAIR’s PMA-226 manages and supports specialized and proven platforms and systems including 16 aircraft types like the T-38, H-72, X-26, U-6, O-2, and sundowning/sundown inventories H-3, A-4, and more from three physical locations. PMA-226’s Adversary Team is responsible for the overall management of two Adversary platforms, which are used primarily for air-to-air training: 44 x F-5 N/Fs and 14 x F-16 A/Bs. PMA-226’s CAS Team is also responsible for the management of Contractor Owned / Contractor Operated (COCO) aircraft support to the Fleet and acquisition community.

VFC-12 has been assigned to Naval Air Station Oceana at Virginia Beach, Virginia since 1975. Originally designated VC-12 when established in 1943, they were a fighter squadron flying aboard the USS Card in the western Pacific. They flew the F4F Wildcat and TBM-1 Avenger over the Pacific Theater until the Card’s homeport was reassigned to Norfolk, at which time they began to fly combat missions in the Atlantic Theater.

VFC-13 was activated in 1973 in NAS New Orleans. Its first assigned aircraft was the F-8 Crusader and then in 1974 transitioned to the A-4 Skyhawk. In 1996, VFC-13 transferred to NAS Fallon and also switched to the F-5E Tiger II. VFC-13 provides adversarial training for both the Navy and Marine Corps squadrons, carrier wings, and USAF units.

VFC-111’s nickname is the Sundowners and is located at NAS Key West. They provide adversary air services and dissimilar air combat training, flying the F-5N Tiger IIs. Originally a detachment of VFC-13 established in 2005, VFC-111 became a full-time squadron in 2006. 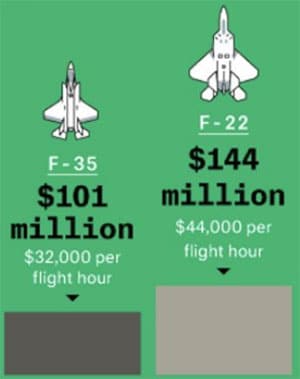 Who are the players & what type of aircraft

There are 4 major players in North America who provide air services on current contracts.

Airborne Tactical Advantage Company (ATAC): ATAC is the incumbent on the current USN Aggressor contract which will end in 2018. ATAC has operated Hawker Hunter and Kfir jets for the USN for the past decade.

Draken: They are the incumbent for the past several years on the USAF Nellis Aggressor contract, operating its L-159, Mirage F-1, and A-4 aircraft. Draken also won the follow-on contract in 2018 for USAF.

Top Aces: The current contract holder for Canadian Armed Forces, Top Aces has utilized the A-4 and BAE Hawk jets for the past several years. They also hold contracts in Europe and Australia for air services.

What it means to the future of air combat operations

Current US DoD contracts and RFQs in place will support contracted air services training for the next decade and will continue to grow in both size and scope. As warfare continues to evolve, so too will the threats from foreign aircraft manufacturers. These will include additional stealth, jamming, radar, and weapons, which US pilots must learn to both cope with and eliminate. By contracting the red air training to companies who privately own, operate, and advance these 3rd and 4th generation platforms, the US can constantly address pilot training shortfalls.

How Duotech is helping the Contracted Adversary Companies

Fighter squadrons face shortfalls in Adversary Air Support (AdAir) for combat training due to budgetary shortages and a lack of truly advanced threat replication. Duotech is providing low cost, but highly capable RADAR that represents current threat capabilities. Jets equipped with Nemesis RADAR are the best AdAir solution in the market today, with an unrivaled combination of performance and growth potential. Duotech Services has designed a purpose-built RADAR to support the AdAir market by presenting a solution that is: