Having command and control of the battlespace cannot be completely accomplished without the ability to also control the air. Controlling the airspace in a combat environment is important for both the eyes in the air and the troops on the ground.

If you want to coordinate communications of both air and ground assets its best to have an airborne early warning and control system (AWACS) aircraft on your side in the air. These airborne platforms, like the E-3 Sentry or the carrier-based E-2 Hawkeye, provide a commander battle management capabilities through surveillance over ground and air targets, as well as location, identification, and track of friendly and hostile aircraft. AWACS also coordinate air operations that support the troops on the ground, from close-air-support to medivac. Because of their mobility, these AWACS aircraft are less vulnerable to attack by enemy forces, but can still be detected and threatened.

To ensure freedom of movement of your important command and control assets, you need to manage the air in which it operates. Air superiority aircraft are intended to provide defense for the friendly air assets like the AWACS and intercept opposing aircraft attacking friendly ground troops. Without control of the skies, all military endeavors are at risk. 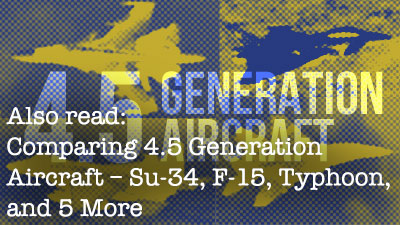 Two of the top air superiority aircraft currently in service are the 5th generation U.S. F-22 Raptor and the 4.5 generation European built Eurofighter Typhoon. The U.S. is the only operator of the F-22, a single-seat twin-engine stealth fighter aircraft, while the Typhoon, a twin-engine canard-delta wing fighter is flown by many different countries.

Both aircraft are multi-mission fighters. Not only can they dominate the airspace but they both can also devastate ground targets.

At cruising altitude, the F-22 can reach speeds up to 1500 mph and supercruise at Mach 1.8 while the Typhoon reaches 1550 mph and can supercruise at Mach 1.5. The stealthy F-22 will go unseen by another aircraft’s radar, allowing it to sneak up on the enemy without them ever knowing it was there. It has a 20 mm 6-barrel rotary cannon with 480 rounds if it gets close to an enemy fighter. It also carries 6 medium-range AIM-120 AMRAAM and 2 AIM-9 Sidewinder air-to-air missiles. Even with its cannon capability, with its advanced radar system and air-to-air missiles, it’s likely the F-22 would come in undetected and fire its missiles from beyond visual range. The Typhoon is not a stealth fighter, but it utilizes materials to reduce its radar signature. Its strength comes from its agility and speed. The Typhoon also carries the AIM-120 missile and in the future the Meteor long-range missile, giving it excellent BVR combat capabilities. However, fighting in close proximity head-to-head combat, the Typhoon’s twin engines and canard-delta wing allow it to turn tightly and quickly without stalling, giving it a great advantage over many other air-to-air adversaries. With the short-range AIM-9 missile and a 27mm revolving cannon, it is a very deadly platform in the sky.

Since the Eurofighter is operated by US allies, it’s unlikely they will ever face each other in air-to-air combat. But if they did, who would win? Below is a video that covers this very topic. We hope you enjoy the video and we invite you to share this article with your friends and colleagues. If you like this article, check out more of our #JetFriday articles.