F-4 Phantom – From the Beginning of Its Life Cycle 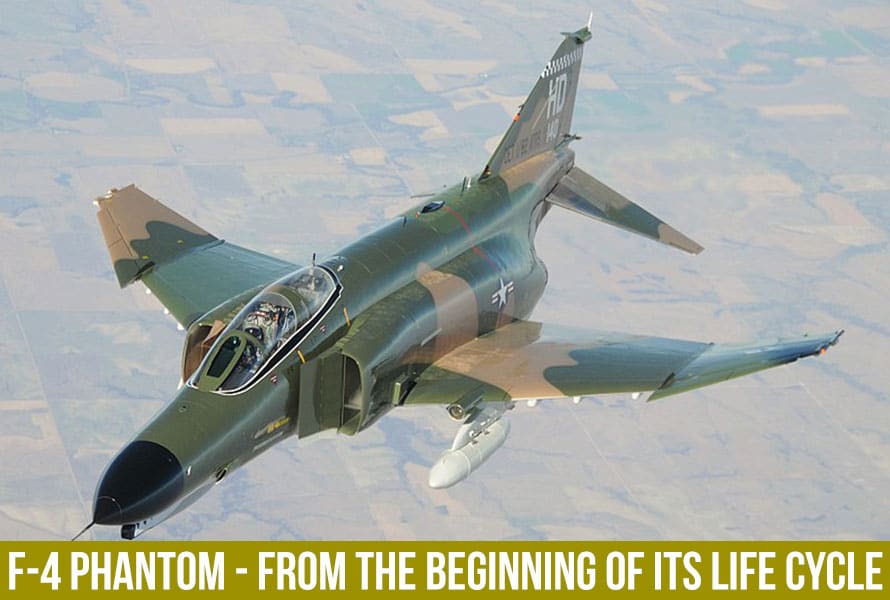 The F-4 Phantom was born out of what McDonnell Aircraft determined was a need to get the U.S. Navy a superior attack fighter. In 1953, McDonnell began by redesigning their F-3H Demon, one of the Navy’s carrier-based fighter aircraft at that time, to have better capabilities and performance. The F-3H was a swept-wing aircraft that complimented the other dogfighter aircraft of the Navy, but lacked supersonic speed.

Upgrading a subsonic aircraft to supersonic potential would not be that easy of an upsell to the U.S. Navy. When McDonnell first proposed to the Navy in 1953 about a “Super Demon”, the Navy was slightly interested enough to request a full-scale mockup but still felt their current supersonic air superiority fighter, the Vought F-8 Crusader, sufficiently satisfied their need.

To keep the project moving forward, McDonnell reworked the F-4 into an all-weather fighter-bomber. Since the Navy had a ground attack A-4 Skyhawk and a dogfighting F-8 Crusader, the engineers at McDonnell added a second crewman to handle the powerful AN/APQ-50 radar to the design and the F-4 would become an all-weather fleet defense interceptor.

In 1958, the Phantom made its first flight and was introduced into service in December 1960. There were proposals for the F-4H to be named “Satan” or “Mithras” but “Phantom”, a less controversial name, would win out. The F-4H would be delivered to the fleet with the AN/APQ-72 Radar System. This was an upgraded version of the AN/APQ-50 with a larger antenna, giving it the capability for radar guided missiles.

Though the US Navy would utilize the Phantom as an interceptor, the US Air Force would develop the F-4H to fit their requirements and use it in a fighter/bomber role. The Air Force Phantoms would be designated the F-4C and the Navy’s, the F-4B. During its maiden flight in May 1963, the Air Force’s first F-4C would exceed Mach 2. McDonnell would begin delivery to the Navy and Marine units in 1961, but the first unit to receive them was the VF-121 Pacemakers at NAS Miramar. The first deployable Phantom squadron would be VF-74 “Be-devilers” at NAS Oceana.

Breaking Records Is What It Does

The F-4 Phantom would break many world records over its service life–16 speed, altitude, and time-to-climb records in all. When it performed a zoom climb on December 6, 1959, the Phantom set a world record at 98,557 ft. In September 1960 flight, a Phantom averaged 1,390.24 mph over a 62 mile course. In 1961, during a 50th anniversary celebration of Naval aviation, utilizing several refueling tankers, a Phantom crossed the continental United States in 2 hours and 47 minutes, averaging over 869 mph. Not a world record, but still notable is that the Phantom was the last U.S. fighter flown by pilots who attained ace status in the 20th century.

Two crew members occupy the tandem-seat F-4 Phantom, a pilot and a Weapons Systems Officer or Radar Intercept Officer (RIO). Thrusting the Phantom through the air were two GE J79-GE-17A after-burning turbojet engines. Each turbojet providing 17,845 lbf with afterburner. This propelled the F-4 to a maximum speed of Mach 2.23 at 1,473 mph at 40,000 ft. With a combat range of 423 miles and nine external hardpoints, the F-4 could bring 18,650 lbs of weapons to a fight very quickly. Though it did not initially have an internal cannon, it was able to deliver air-to-air missiles, air-to-ground missiles, and many different bombs. Later models would eventually include the M61 Vulcan rotary cannon.

An F-4 Phantom II assigned to the U.S. Navy’s Fighter Squadron 96 (VF-96) was the first to record an American aerial victory during the Vietnam War. The F-4, tail number 151403, was piloted by Lt. (j.g.) Terrence M. Murphy and his Radar Intercept Officer (RIO) Ens. Ronald J. Fegan. It occurred on April 9, 1965 while VF-96 was assigned to the U.S.S. Ranger (CVA-61). Following the shootdown of the Chinese MiG-17, Murphy and Fegan aircraft was hit by either MiG guns or possibly by one of their own wingmen’s AIM-7 Sparrow III.

With almost 5,200 produced between 1958 and 1981, the F-4 has been flown by more than just the United States Navy, Air Force, and the Marine Corps, and the demonstration teams of Blue Angels and the Thunderbirds. The F-4 would see service in eleven other countries like Australia, United Kingdom, Egypt, Israel, Japan, and South Korea, to name a few. Most of the original operating countries have retired the F-4 Phantom from service. Still, as of 2018, 60 years after its introduction, the F-4 remains in service with Japan, South Korea, Greece, and Turkey. 60 years of service puts the F-4 Phantom into a similar life cycle span as the C-130 Hercules.

With aging aircraft like the F-4 Phantom, keeping the airframes mission ready requires identifying reliable, cost-effective component lifecycle solutions for electronic, mechanical, and electromechanical systems. Even with tight funding, the F-4’s electronic systems like the AN/APX-100 Identifying Friend or Foe (IFF) Transponder pictured here, as well as the aircraft’s other radar, communication equipment, and weapons systems must be maintained to ensure mission critical components are ready to keep those fighters in the air. 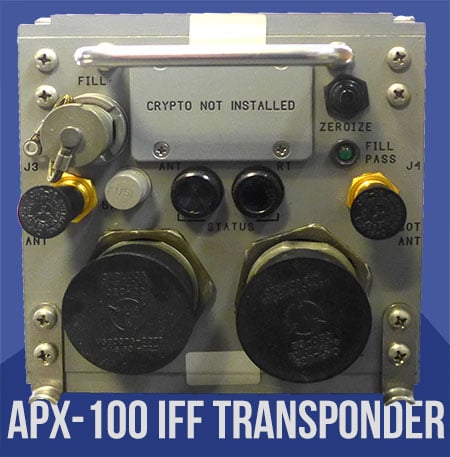