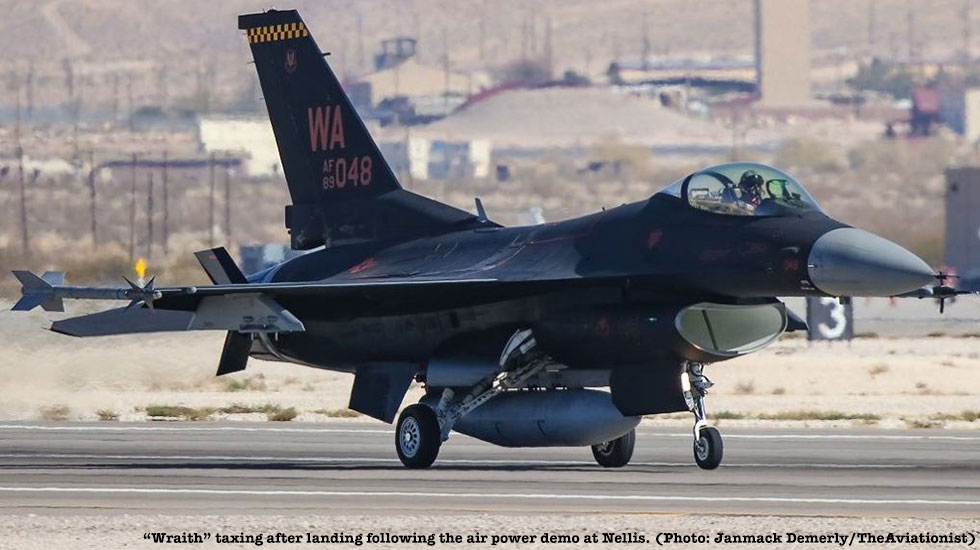 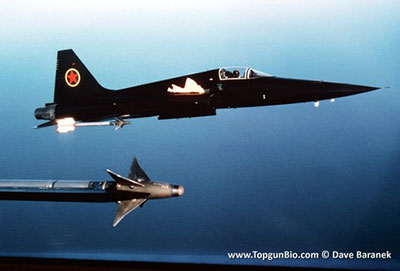 Not only do these aggressor squadron pilots use enemy tactics but they also paint their aircraft to resemble opposing forces’ aircraft. This adds authenticity to the training scenario. If you see aircraft of an aggressor squadron, you’ll notice different paint schemes that training squadrons use. This is true with the Advanced Fighter Weapons School, also known as Top Gun. In the movie by the same name, Top Gun, those Russian built MiG-28 aircraft in the movie were actually American-built F-5 Tiger II’s from the Top Gun school. They were painted all black and had a red star on the rear verticle stabilizer to represent a foreign opponent.

Aggressor’s roles are more often being performed by commercial/contracted adversary services, but there are still active duty and reserve squadrons performing the services like the Navy’s Top Gun School, the Marine Corps’ VMFT-40 Snipers, and the Navy’s many squadrons like VFC-12 and VFC-13. The United States Air Force uses its 64th and 18th Aggressor Squadrons. Each of these squadrons has their own paint schemes for their aggressor aircraft. 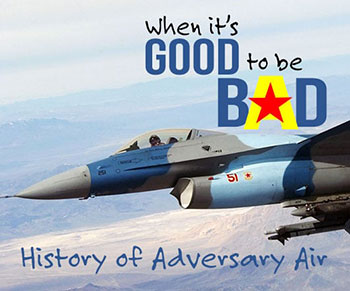 Recently, the USAF 57th Fighter Wing at Nellis Air Force Base showed off their new paint scheme on their newest F-16 Viper that will be used as an aggressor aircraft. To make the choice, Brig. Gen. Robert G. Novotny, commanding officer of the US Air Force 57th Wing, chose an unusual way to determine the F-16 Fighting Falcon’s final paint scheme. Using social media to get the public involved, he allowed it to be determined by letting aviation enthusiasts from around the world vote.

The final paint scheme is named “WRAITH” and is a flat black color to simulate an unspecified Russian aircraft. You can see more of the aircraft and learn about its selection by visiting “Wraith”, The Crowd-Sourced Color Scheme Aggressor F-16 Thrills Crowds at Nellis.