The F-5’s CADC Arms The Pilot With Flight Data 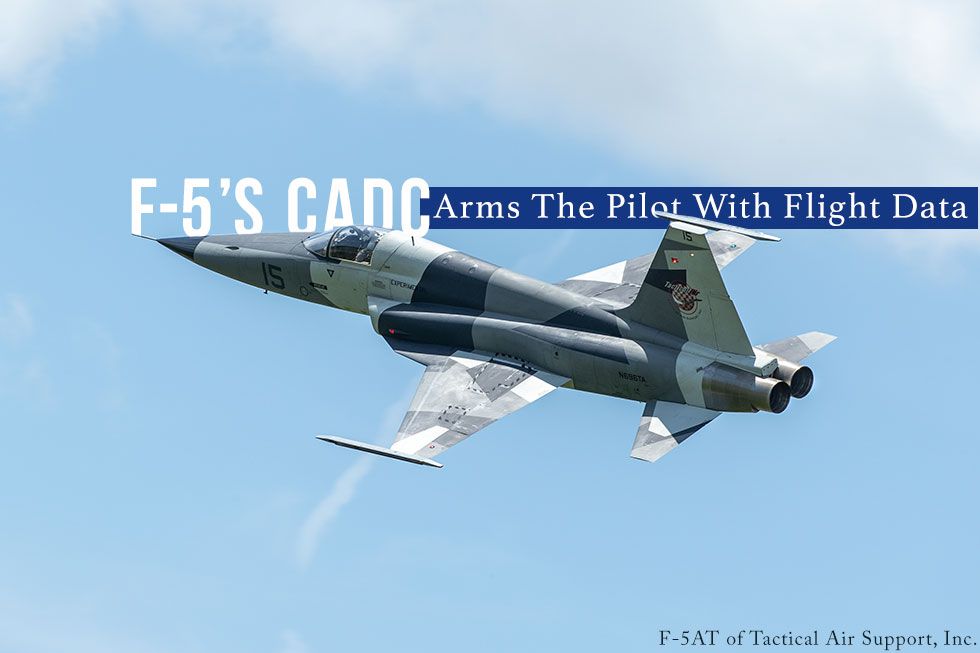 An F-5 Tiger II rips through the cloud bank at 19,000 feet, on the hunt for a U.S. Air Force F-16 Viper. The pilot’s F-5 Nemesis radar scans back and forth and locates a fast-moving target fifteen miles away. The obvious target is the F-16 aircraft and it’s moving fast to close the gap on the F-5. The F-16’s radar system is also identified by the F-5s ARGUS Radar Warning Receiver (RWR) and the pilot takes evasive action. The two fighters are soon engaged with imaginary rockets to decide the victor in the head-to-head match-up.

This is just a training exercise being flown somewhere over the western United States, which explains why the rocket launches and hits are strictly recorded digitally. The F-16 is a USAF aircraft, but the F-5 pilot is also friendly playing the role of adversary “RED AIR” and is owned by a privately owned adversary support contractor.

The F-5E Tiger II is a highly aerobatic supersonic light fighter. As a single-seater aircraft, it fits this role perfectly as an adversary aircraft. It provides the pilot a maximum speed of Mach 1.4 (925 mph). It is sleek like a knife blade, looks fast just sitting on the tarmac, and quickly responds to the pilot’s commands.

What Is a CADC?

The CADC converts these inputs into digital data and processes them for other aircraft subsystems. This data provided to the pilot through the aircraft’s various avionics is altitude, airspeed, angle of attack, Mach, temperature, and pressure parameters. CADCs are found in nearly all modern aircraft and are critical for safe, effective flight operations. For instance, knowing the true Angle of Attack (AOA), the angle between the chord line of the wing and the incoming air, is important to avoid a dangerous stall.

The need to gain the advantage in air superiority will always be there to push the next aircraft to be much better than the previous ones. As aircraft age, obsolete electronics will continue to be maintained or upgraded to ensure legacy fighters stay at the cutting edge for operators worldwide. 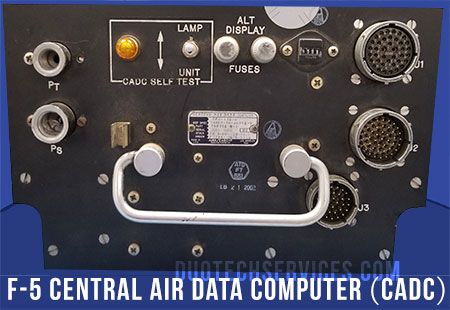 This Central Air Data Computer displayed here is found in the F-5 Tiger II and is repaired by Duotech Services. Duotech repair capabilities include a wide range of CADCs for several different aircraft, delivering under budget and within deadlines. (Lead picture: CADC being tested by the ARTES from landing speeds to Mach velocities.)