The Sixties Get Groovy With Aviation – A Yearly Timeline 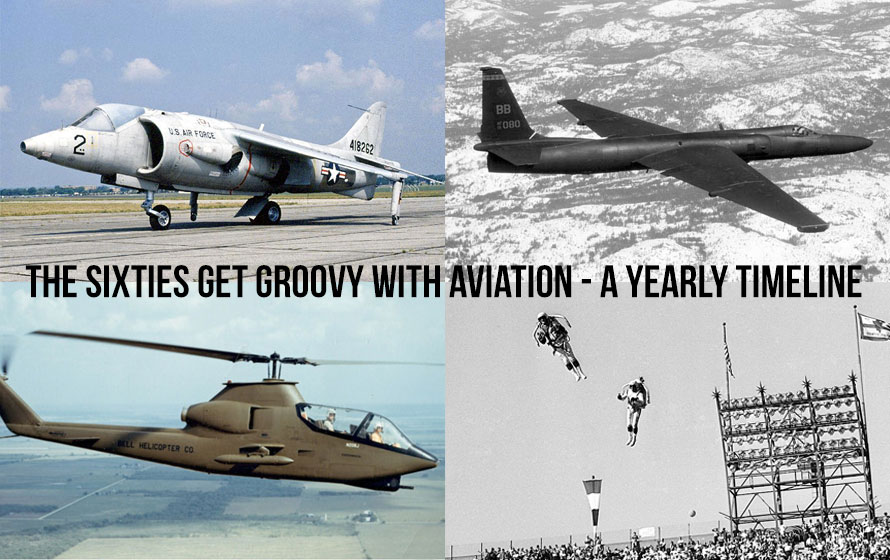 The 1960s was a time of great achievement in aviation. From the first weather satellite launching in 1960 to the first human walking on the moon in 1969, the Sixties was a time that saw many great advances in flight as well as some tragedies along the way. The decade began with 29 aircraft incidents in 1960 and ending with 20 in 1969. Add that to hijackings becoming so commonplace, 58 in 1968 and 1969 alone, that when you got on a plane in the U.S. you weren’t exactly sure if your flight would make it to Chicago or be diverted to Havana, Cuba. 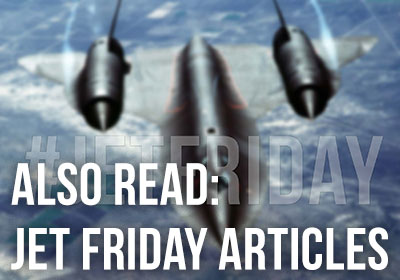 We have reduced the list below to mostly include the “firsts”, like the first human in space and the first flights of popular aircraft It is not an exhaustive list that includes every event, but is a great summary of such a notable aviation decade.

A Timeline of the Sixties and Aviation

May 1 – The Soviet Union shoots down a Central Intelligence Agency Lockheed U-2 near Sverdlovsk and captures its pilot, Gary Powers.

December 17 – The visitor′s center at the Wright Brothers National Memorial in Kill Devil Hills, North Carolina, is dedicated on the 57th anniversary of the Wright Flyer′s first flight in 1903.

January 15 – The U.S. Army suffers its first combat fatalities in an aircraft in Vietnam when an H-21C Shawnee transport helicopter is shot down by Viet Cong ground fire near Dak Roda, South Vietnam, with three killed.

February 20 – John H. Glenn, Jr., is the first American to orbit the earth.

August 29 – An American Lockheed U-2 photographs the entire island of Cuba, revealing for the first time the presence of eight Soviet surface-to-air missile sites along Cuba’s northwest coast designed to provide strategic air defense of Cuba from the United States.

November – First US Army Attack Helicopter, a model of the UH-1B Iroquois, arrives in South Vietnam

February 29 – U.S. President Lyndon B. Johnson reveals the existence of the CIA’s Lockheed A-12 reconnaissance aircraft

August – In Project Tailchaser, the USAF tests the concept of a fixed-wing gunship, converting a Convair C-131B Samaritan to fire a single GAU-2/A Minigun at a downward angle out of the left side of the aircraft at ground targets.

October 13 – The first production Learjet, a Model 23, is delivered.

September 7 – First flight of the Bell Model 209, a prototype of the AH-1G Cobra

November 14–18 – The U.S. Army’s helicopter assault concept has made its combat debut in The Battle of Ia Drang in South Vietnam as the 1st Cavalry Division (Airmobile) undergoes its baptism of fire, losing only four helicopters to North Vietnamese fire during the campaign

January 22 – The U.S. Air Force completes Operation Blue Light, the largest airlift of troops and equipment into a combat zone in history. During the operation, which began on December 27, 1965, the Air Force flew 4,600 short tons (4,173 metric tons) of equipment and over 3,000 troops from Hickam Air Force Base, Hawaii, to Pleiku, South Vietnam.

May – Mikoyan-Gurevich MiG-21s start to appear in the skies over Vietnam.

June 8 – During a publicity photo shoot of aircraft powered by General Electric engines in which the U.S. Air Force′s second XB-70A research aircraft – named Air Vehicle 2 (AV-2) – flies in formation with an F-4 Phantom II, an F-5 Freedom Fighter, an F-104 Starfighter, and a T-38 Talon at an altitude of about 25,000 feet, the F-104 collides with the XB-70A. The F-104 explodes, killing its pilot, NASA chief test pilot Joseph A. Walker. The XB-70A crashes and is destroyed. The XB-70A′s copilot is killed, while its pilot, Alvin S. White ejects and suffers serious injuries.

August 14 – The Lunar Orbiter 1 is the first U.S. spacecraft to orbit the moon.

October 15 – An act of Congress creates the United States Department of Transportation. When it begins operations on 1 April 1967, the Federal Aviation Agency and Civil Aeronautics Board become components of it of the new agency.

March 10 – Pardo Push – After the F-4 Phantom of his wingman, Captain Earl Aman, suffers damage from anti-aircraft fire over North Vietnam and loses almost all of its fuel, U.S. Air Force Captain Robert Pardo has Aman lower his tailhook and pushes Aman’s F-4 by maneuvering to place Aman’s tailhook against the base of his own windscreen. With one of his own F-4’s engines on fire, Pardo pushes Aman’ powerless plane for 90 miles, and all four men aboard the two fighters eject over Laos, where they can avoid capture rather than be stranded in North Vietnam

April 1 – The United States creates the National Transportation Safety Board, responsible for civil transportation accident investigation, including aviation accidents and incidents. It takes over this function from the Civil Aeronautics Board, whose responsibilities henceforth are limited to the regulation of commercial airline routes and fares.

November 8–9 (overnight) – Shot down by Viet Cong ground fire in an HH-3E helicopter and badly burned during a rescue mission southeast of Khe Sanh, South Vietnam, U.S. Air Force Captain Gerald O. Young deliberately draws attention to himself, then evades the enemy on the ground for hours to lead enemy forces away from other Americans on the ground and additional helicopters coming to rescue them. He would receive the Medal of Honor for his actions.

March 8 – The United States Army announces that Bell Helicopter’s Model 206A has won the Light Observation Helicopter competition. It would go into production for the Army as the Bell OH-58 Kiowa.

May 5 – A Grumman Gulfstream II becomes the first executive jet to cross the Atlantic Ocean.

December 20 – At Edwards Air Force Base, California, X-15 program personnel attempting a 200th flight of the North American X-15 find the base covered by snow. Deeming the highly unusual snowfall a bad omen, they decide against the flight and simply retire the aircraft instead. It is the end of the X-15 program.

March 2 – The first flight of the Concorde supersonic airliner.

May 10 – The United States Army′s 101st Airborne Division (Airmobile), the U.S. 9th Marine Regiment, and the South Vietnamese Army’s 3rd Regiment begin Operation Apache Snow in South Vietnam′s A Shau Valley with a helicopter assault on North Vietnamese forces. It would lead to the Battle of Hamburger Hill.[16]

July 20 – U.S. astronauts Neil A. Armstrong and Edwin E. Aldrin, Jr. are the first to walk on the moon.

October 20 – Finnair introduces an inertial navigation system on its aircraft, becoming the first airline to dispense with the need for a navigator aboard.

Get Your F-16 Fighting Falcon Timeline