Jet Friday: How Does the AV-8B Harrier Get Its Lift? 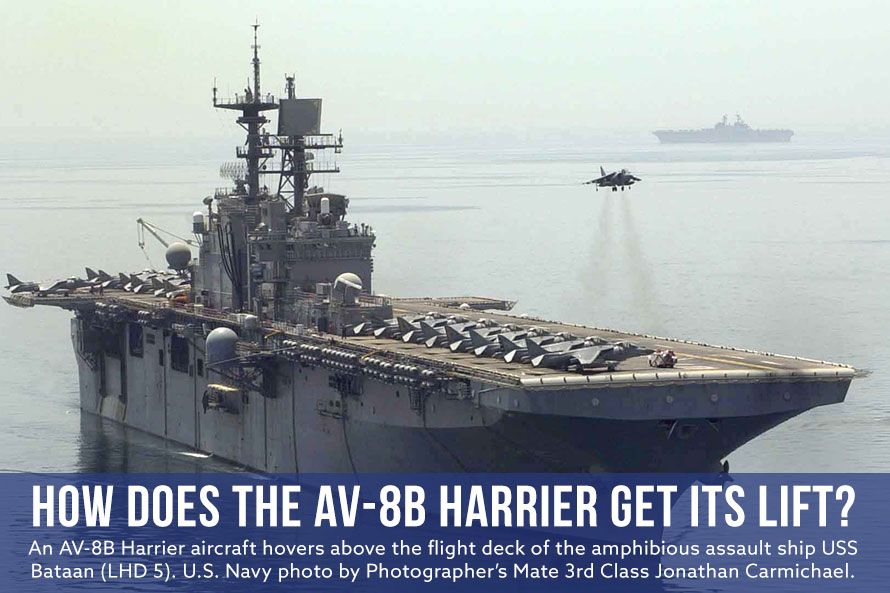 Click for Video Introduced in 1985 and still currently in service, the AV-8B Harrier II is a single-engine aircraft that specializes in ground attack. This bird of prey’s multi-role mission is light attack for close-air-support for ground troops as well as air reconnaissance. 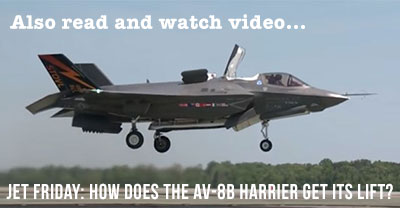 Also read and watch the video, “Jet Friday: How Does the AV-8B Harrier Get Its Lift?”

There are other aircraft that are very effective at close-air-support, each successful because they have their own unique strength, such as the A-10 Thunderbolt II with its deadly 30mm Gatling Cannon, or the F-16 Fighting Falcon, which can deliver a large payload at a high rate of speed.

The Harrier does not deliver a payload as fast as the F-16 and it certainly does not have the big 30 MM cannon that is feared by enemy combatants. What it does boast as an advantage is its vertical or short takeoff and landing (V/STOL) capability.

The Harrier combines the best aspects of a helicopter by providing vertical/short takeoff and the high speed of a jet. The Harrier can reach a speed of up to Mach 0.9 (673 mph). The short takeoff and landing capability allow a fast-moving fighter to remain close to the front lines by using an open field or small runway.

Want to know how the Harrier gets its lift? Below are two videos that demonstrate how it works. The first demonstrates how the nozzles lift the Harrier. The second one delivers a brief history of V/STOL and demonstrates a Harrier’s takeoff and landing operations.

Enjoy this week’s Jet Friday and please share this post using the Social Media icons on the right.