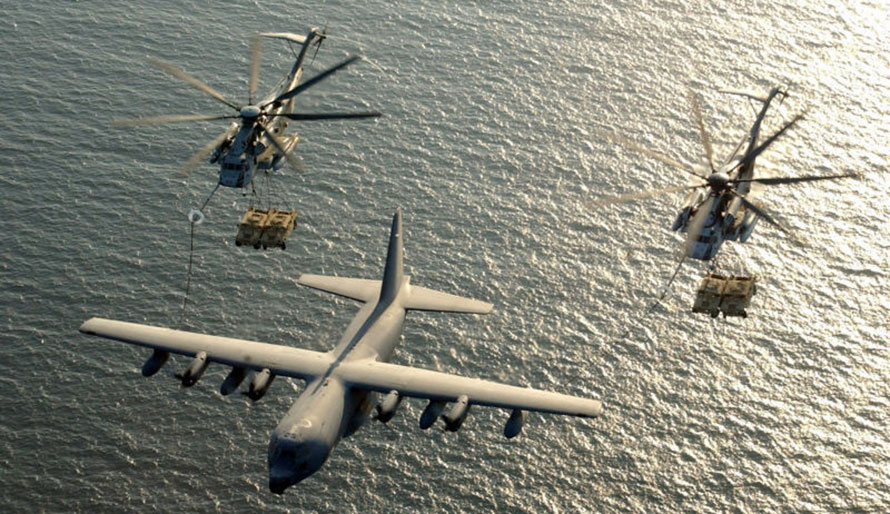 A training mission flight that includes four F-15 Eagles, all-weather tactical fighter aircraft loaded with AIM-120 AMRAAM and AIM-9 Sidewinder missiles, is preparing to begin from a desert runway. The flight is tasked to rendezvous with an E-3 Sentry AWACS aircraft to provide air support for the E-3 over an extended period of time as part of a ground offensive training scenario. Even with conformal tanks to extend their range, the time on station required for this mission will require both the E-3 and the F-15s all to be refueled by a tanker.

What is an aerial refueling tanker

An air tanker aircraft allows another aircraft to be refueled in the air. In-flight refueling (IFR) is the process where aviation fuel from one military aircraft is transferred to another during flight.

The earliest experiments of air-to-air refueling (AAR) took place on June 27, 1923, with two DH-4B biplanes of the US Army Air Service. With a separate test held in August 1923, a DH-4B receiving fuel from two other DH-4B’s and was refueled nine times, which allowed the aircraft to maintain continuous flight for more than 37 hours.

In 1949, refueling capabilities enabled the first non-stop around the world flight in a B-50 Superfortress. The B-50, also known as Lucky Lady II, accomplished the trip in just over 94 hours with four aerial refuelings.

There are obvious advantages of refueling in mid-flight. One is that it extends the distance an aircraft can operate or can increase the loitering time an aircraft can remain on station like the F-15s above, without needing to interrupt the mission by landing for fuel.

Refueling also allows for fighter jets to be topped off once they have taken off, enabling them to carry a heavier weapons payload or cargo. For aircraft like the C-130, topping off once airborne means they can use even shorter runways by reducing take-off weight. The SR-71 Blackbird, a reconnaissance plane, would take off with a partial fuel load to save wear on its brakes and tires. The reduced weight also ensured that if an engine failed during takeoff, the SR-71 could still take off on the other single functioning engine. Immediately after takeoff, the Blackbird would be refueled.

One of the largest of the refueling tankers is the KC-10 Extender. Introduced in 1981, the KC-10 can carry 356,000 lb of fuel to fulfill its tanker role, or 75 personnel and 146,000 lb of cargo. The United States Air Force and Royal Netherlands Air Force both operate the KC-10.

Serving the Marine Corps refueling requirements for both tactical aircraft and helicopters, the KC-130 has a fuel capacity of 60,000 lbs. Using wing mounted drogue refueling pods, it can refuel two aircraft simultaneously. With its a multi-mission transport role, the Super Herc can also carry up to 64 airborne troops or 2-3 humvees, making it a very flexible tanker aircraft. As a modified C-130J Super Hercules aircraft, the KC-130 also has a short takeoff distance of 3,127 feet, allowing it to operate closer to the front and from less prepared runways. The KC-130J is operated by the United States Marine Corps and the Royal Canadian Air Force.

Another U.S. Air Force aerial refueling aircraft is the KC-135 Stratotanker. Introduced into service in 1957, this plane is flown primarily by the United States, France, Turkey, and Singapore. Capable of carrying 200,000 lb of fuel, the Stratotanker can refuel aircraft using either a flying boom or its shuttle-cock drogue.

The United States tanker of the future is the KC-46 Pegasus. Though selected by the USAF in 2011 to replace the KC-135, this refueling and strategic transport aircraft is planned to be introduced into service in 2018. This tanker will have a fuel capacity of 212,000 lb and a capability to seat 114 people or 58 patients. The Pegasus will have both a centerline drogue and a refueling boom. The Air Force’s New Tanker Is Going To Be Delayed Again

Aerial refueling is a strategic tool for the U.S. military and countries that also use tankers. It is vital to mission success to have this important tool to keep aircraft on station longer to support ground operations or ensure air superiority to protect aircraft like the AWACS. With multiple refueling contacts with a KC-10, the F-15s and E-3 above were able to stay circling above the training battlefield for over ten hours.

Some of these existing tankers like the KC-130, which is based on the 60+ year old C-130, are experience aging airframes and electronic components. To keep these aging aircraft mission ready, countries that operate them must address obsolescence issues. Extending the life of a C-130 is vital to the mission.

An example of maintenance, repair, and overhaul (MRO) for military electronics repair services is this Synchrophasor Test Set, which is employed to assess the functionality of a synchrophasor. This electronic device is used to synchronize KC-130 Hercules propellers and phase the passing of their blades as they turn. When the synchronizer is operational, it matches the four propeller RPMs and, when needed, adjusts the relative positions of each individual blade in their arcs.

Though synchronization is not necessary for the KC-130 to operated properly, through rpm synchronizing and the capability to adjust the blade position, the synchrophasor primarily serves to increase comfort to passengers and crew during flight.

At Duotech, life extension is our mission. Our C-130 customers, including the US Air Force, US Navy, US Coast Guard, and nations around the globe take advantage of our component repair capabilities on a daily basis to provide critical support for their electro-mechanical, navigation, communication, and radar systems that OEMs no longer support. We accomplish this at a lower cost and with shorter turnaround times than the OEM or any other third party repair source.

Duotech maintains an AS9100D registration and is a qualified repair station for hundreds of items. 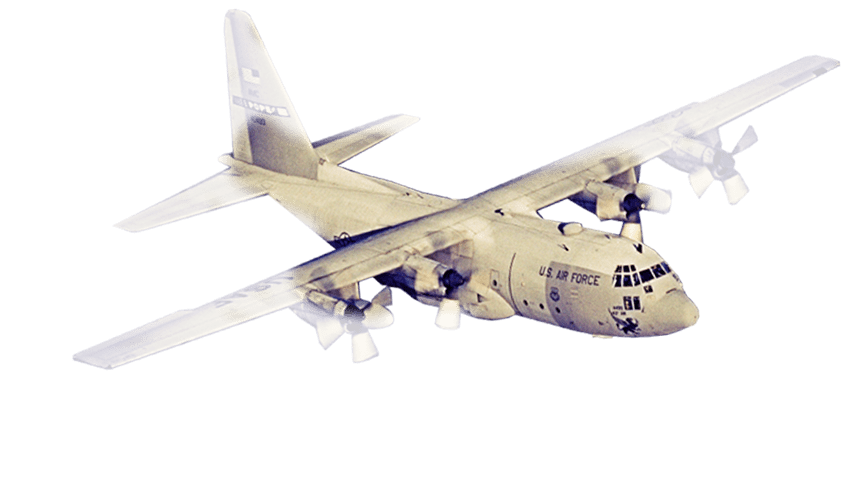