Jet Friday: His Own Airshow Daily; A Refueler Boom Operator Shares His View 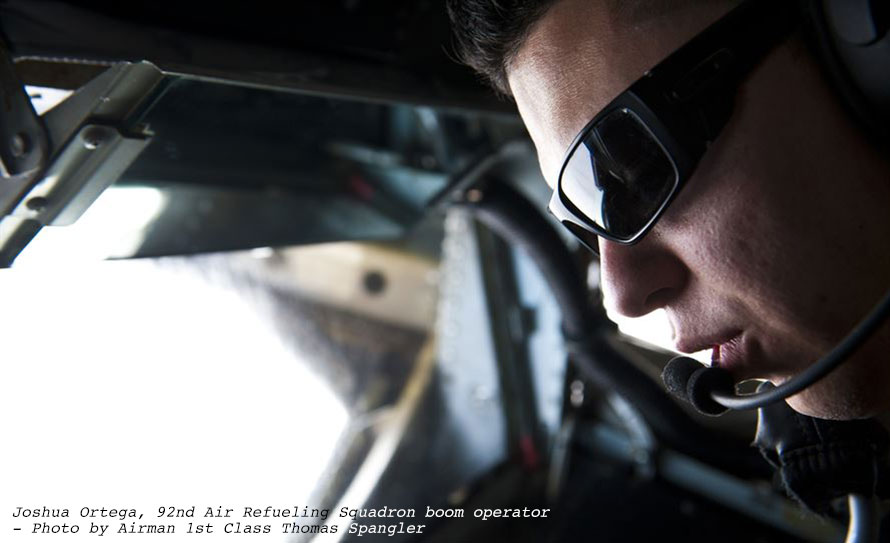 Watch Video Below: When you take your family to an airshow, you’ll see a lot of civilian aircraft parked near the runway that you can walk in and around. There will be flight demonstrations of specialty aircraft and sometimes aerobatic demonstrations that will amaze both children and adults. At some smaller events, you may come across a couple of military aircraft sprinkled among all the civilian planes.

Then there are the larger airshows with many different military aircraft, like huge cargo aircraft (C-17s and C-5s) where you can walk inside the cargo space and be swallowed up by its size. Screaming across the sky just above the runway may be F-15 and F-16 fighter jets. A B-1, B-2, and B-52 Bomber might amaze you as it lumbers across the sky. Their huge size makes you wonder how they even get off the ground.

Yes, an airshow is quite impressive as you stand there sweating in the sun, sitting in viewing stands, eating a giant pretzel and drinking a cold lemonade. Earplugs muffle the sounds of the crowds cheering and the jet engines roaring as the show unfolds in front of them. These are memories families will hold onto forever.

But, if you think an airshow from the tarmac is extraordinary, you should see it from this airman’s perspective. Josh Ortega, a Senior Airman in the U.S. Air Force is a boom operator with the 92nd Air Refueling Squadron. From his pod on the KC-135R Stratotanker, he refuels all types of aircraft – bombers, fighters, E-3 AWACS and close-air-support specialists like the A-10. He even gets his own private air show from the Air Force Thunderbirds.

Introduced into service in 1956, the KC-135 is one of six military aircraft with over 50 years of continuous service. The Stratotanker can carry 200,000 pounds of fuel to extend the range of bomber aircraft, fighter jets, and even helicopters.

We are glad he recorded many of his experiences so that we too can sit right there in his operator’s area and watch the planes fly up, hook-up, fuel up, and fly off. Enjoy this week’s Jet Friday video featuring the Boom Operator of a KC-135R Stratotanker. If you like jet-powered aircraft then check out all our many #JetFriday posts and share them with your friends.

My Life As a Boom Operator