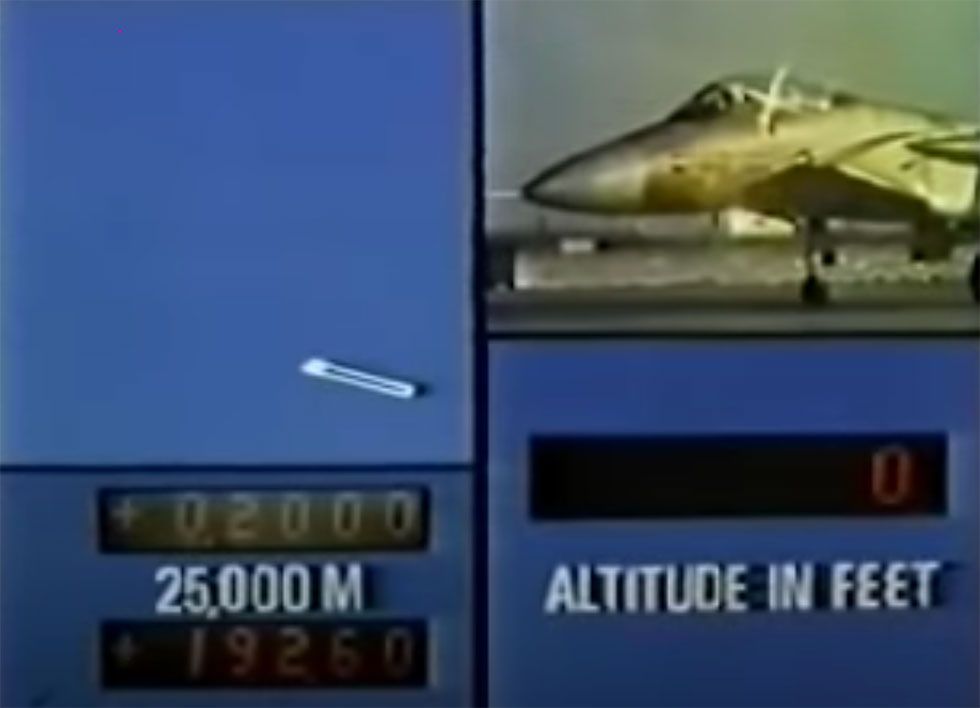 The F-4 Phantom and MiG-25 Foxbat were both fast and powerful fighter aircraft. Between the two, they held many world speed records for time to climb (time-to-altitude), meaning the time it takes to fly from the earth’s surface to certain known altitudes. One of those Fédération Aéronautique Internationale (FAI) records was set in April of 1962 by a U.S. Navy test pilot, Commander John Watts Young. In his F-4 Phantom, Young took just 3 minutes and 50.44 seconds to climb from the earth’s surface to a height of 25,000 m (82,921 ft). In August of 1977, a Soviet Union test pilot strapped himself into a twin-engine MiG-25 supersonic interceptor and set a record for absolute flight altitude that still stands today. He climbed to an altitude of 123,523 feet. In June 1973, another MiG-25 pilot set the time-to-height records of 25,000 m [82,020 feet] in 3 min 12.6 s and 30,000 m [98425 feet] in 4 min 3.86 s.

Greater engine thrust than weight – that was the F-15 Eagle. Its two powerful engines produced 25,000 pounds per engine. Combine that with its low wing loading (ratio of aircraft weight to its wing area) and the Eagle could accelerate straight up. It was basically a pilot strapped to a rocket with wings.

Also Read: Turned Back by the F-15 Eagle 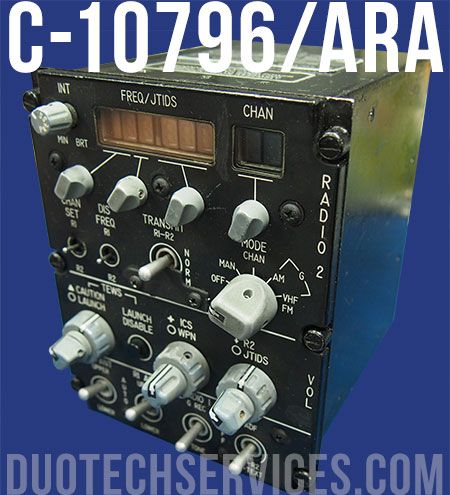 Duotech maintains the electronics, avionics, and communications components of the F-15 Eagle. An example is the Integrated Communications Control Panel (ICCP) C-10796/ARA shown here. This control system allows the pilot to operate between two receiver/transmitters (R/T). R/T 1 houses the electronics and memory for the control of an ARC-164 UHF Radio. R/T 2 would consist of a different ARC-164 UHF or an ARC-186 VHF AM/FM radio. Other systems Duotech repairs of the F-15 include the ALQ-135 Advanced Electronic Countermeasures and the APN-232 Combined Altitude Radar Altimeter (CARA).

Even with tight funding, systems like the C-10796/ARA and legacy receiver/transmitter radios like the AN/ARC-164 must be maintained to ensure mission-critical components are ready to keep those fighters in the air. Duotech supports existing legacy and obsolete systems in aircraft like the F-15, F-16, and F-5, enabling operators to avoid scraping repairable equipment while delivering under budget and meeting critical deadlines. Contact Duotech today about supporting your electronic and electromechanical systems with a full range of equipment repair services.