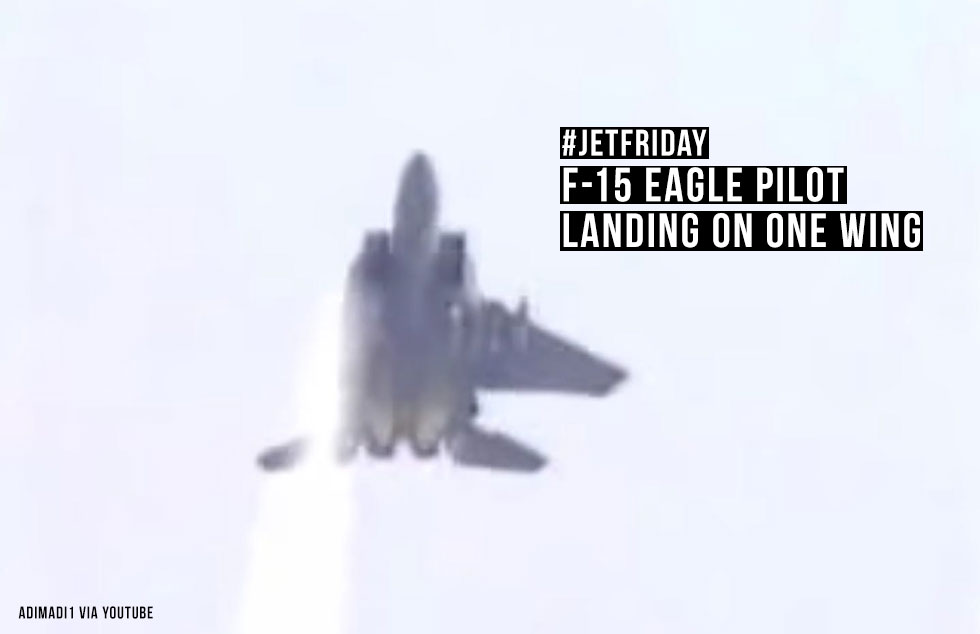 The F-15 Eagle is a large, highly capable beast of a fighter aircraft. Normally piloted by a single crew member, on a training mission in 1983, one two-seat trainer would be tested under some incredible flying circumstances.

The F-15 measures 63 feet, 9 inches in length and has a wingspan of 42 feet, 10 inches. Its wing area is 608 sq ft compared to the F-16 Fighting Falcon’s 300 sq ft. The Eagle is powered by two F100-PW-220 turbofan engines with afterburners that produce 29,340 lbs of thrust and with afterburners 47,660 lb of thrust. These two factors produce a high engine thrust-to-weight ratio. The F-15 is highly maneuverable and its powerful engines basically make it a rocket with wings. Following a mid-air collision, that thrust-to-weight ratio would come into play as an Israeli Air Force pilot struggles to bring his co-pilot, himself, and the wounded plane safely back home.

On May 1, 1983, Israeli F-15s and A-4 Skyhawks are engaged in a simulated airfield defense training mission designed to train the F-15 pilots on how to intercept hostile aircraft played by the A-4 aggressors. As the Israeli Air Force F-15 approaches an inverted A-4, the F-15 pilot takes his simulated air-to-air missile shot. Following this action, soon both pilots lose sight of each other. Captain Zivi Nedivi, the F-15 pilot, experiences a big bang as his Eagle jolts and shudders from the power of striking the Skyhawk. The Skyhawk disintegrates but not before its pilot ejects. 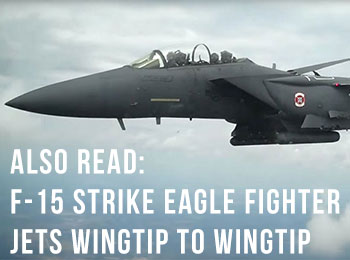 Captain Nedivi fights the plane’s controls to regain control of the aircraft. The F-15 starts into a wild spin but he again brings it under control by activating the afterburners. A large fuel spray plume masks the damage to the right side of the aircraft, but he’s still flying. Nedivi cannot see that the entire right-wing is missing. With some control of the aircraft regained, he decides not to eject but to guide the F-15 to the nearest base. Because of the accident, he brings it in at nearly twice the speed recommended for landing and his attempt to use the arresting cable breaks the hook off the aircraft. The F-15 finally rolls to a stop nearly 20 feet away from the barrier. As he prepares to exit the F-15 Nedivi and reaches back to shake the co-pilot/trainer’s hand. It’s then that he and the co-pilot finally realize the magnitude of the aircraft’s damage – he was flying on only one wing.

Here the story told by Captain Nedivi in the short 6-minute video below. Enjoy this #JetFriday video “F-15 lands with one wing.” Have a great Friday! See all our Jet Friday posts.

F-15 lands with one wing