Jet Friday- The Alpha Jet; A Partnership Between Two Countries 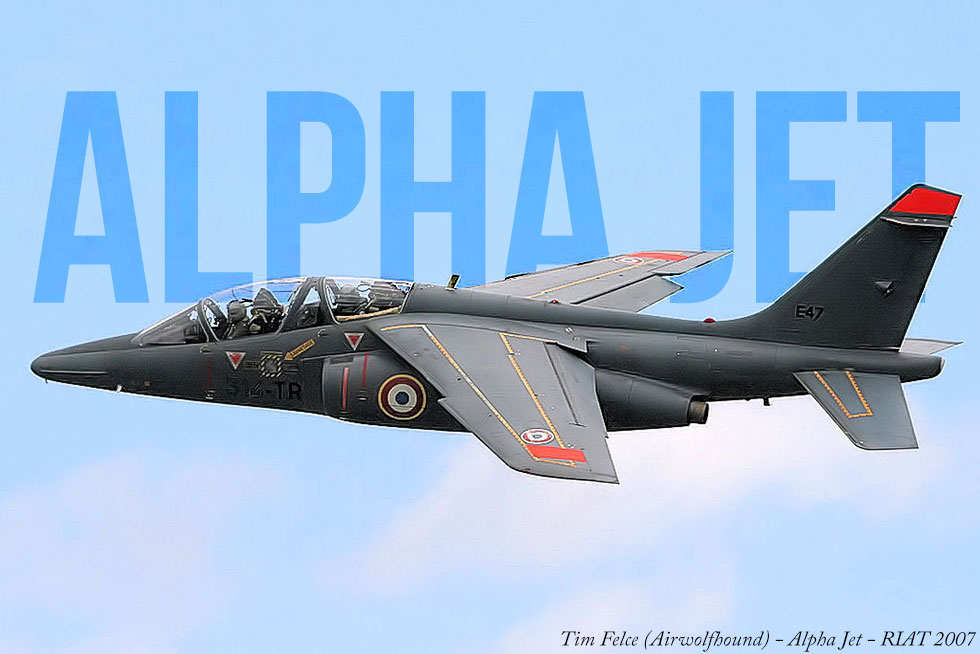 The Dassault Dornier Alpha Jet is a light attack jet aircraft that first entered into service in November of 1977. Designed to perform for both the French and German Air Forces, this twin-jet two-seater aircraft was developed for both training and tactical support.

The manufacturer name, Dassault Dornier, reflects the partnership between the two countries to develop the Alpha Jet. Dassault Aviation is the French aviation company and Dornier Flugzeugwerke was the German counterpart.

The French primarily used it in an advanced training role. In the French version, both the pilot’s seat and the rear trainer’s seat were contained under the same lengthy canopy. The rear seat was staggered higher so the instructor could get a better view forward.

In the German attack version, the rear seat was removed and replaced with highly sophisticated radar, targeting, and communications equipment. In order to fulfill the close-air support role, the Germans also fitted their aircraft with doppler radar navigation systems and an advanced nav-attack suite.

The Alpha Jet is a twin-engine fighter, a requirement from the Germans due to their unpleasant experience with the single-engine F-104 Starfighters. Its two turbofan engines produce 2,980 lbf of thrust each. With this power, the subsonic Alpha Jet has a maximum speed of 621 mph. Its service ceiling is 47,999 feet with a maximum range of 362 miles.

The German Alpha Jets were armed with a 27mm cannon and the French had a 30mm DEFA cannon. Though the German aircraft was outfitted with weapons like the AIM-9 Sidewinder air-to-air missiles and AGM-65 Maverick air-to-surface missiles, both aircraft could be set up for attack role carrying conventional bombs, cluster bombs, rocket pods, and other air-to-air missiles.

Besides its training and attack roles, modernized Alpha Jets are also privately owned by commercial companies that provide adversary training to the U.S. Department of Defense and other nations. The Alpha Jet adversaries provide day and night joint tactical air controller training, adversary support, and anti-shipping attache training. They can also be used to tow air-to-air gunnery targets and electronic warfare training for both naval and fighter forces.

Enjoy these three #JetFriday videos and have a great Friday! See all our Jet Friday posts. If you enjoy it, please share it with friends and colleagues.