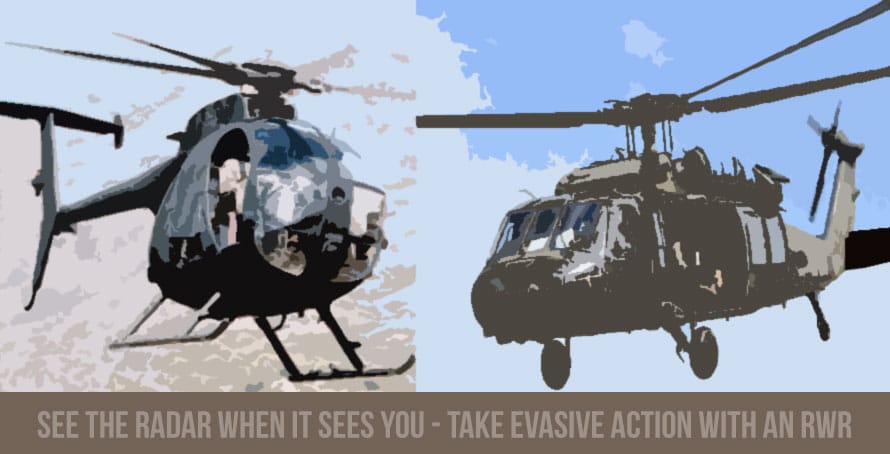 The whop-whop-whop of helicopter blades breaks the night silence. Suddenly, two AH-6M Little Birds and two MH-60M Black Hawk helicopters pop up just over the low ridgeline and sink back down toward the valley trying to stay undetected. The flight is part of the Army’s 160th Special Operations Aviation Regiment out of Fort Campbell, Kentucky. It’s a training mission and these Black Hawks are modified for special operations. Onboard is a very important payload, a special operations team on a training mission in the Virginia mountains. The Little Birds are heavily armed and quite fast. They not only provide air cover for the flight but also will act as a diversion, circling an area a few miles away from the actual landing zone, creating confusion regarding where the special operations team is actually inserting.

Within a few miles of the target and with the team preparing themselves to quickly evacuate the MH-60s, an alarm sounds in the cockpits of the aircraft. Immediately, the pilots take evasive action as they scramble to avoid any simulated incoming anti-aircraft munitions. Flares and chaffs are fired out of the rear and the aircraft separate, duck, and dive to avoid becoming the target. Luckily, this is just a training mission, not only for the team of operators but also the pilots who need to prepare for what they would do if they actually would have been targeted.

What is a Radar Warning Receiver?

The alert heard in the headsets of the aircraft’s crew was due to the helicopter’s radar warning receiver (RWR). An RWR system detects radio emissions from radar systems that detect aircraft and launch missiles. It does this with multiple wideband antennas that listen for the radio emissions of radars and use a cockpit display to indicate to the pilot a direction and distance to the signal. The RWR provides the pilot with maximum situational awareness, most with the ability to identify, monitor, analyze, and respond to potential threats. Armed with this information, advanced avionics and sensors provide a complete view of the battlespace, enabling aircrews to take appropriate action and ensure mission success.

Some powerful RWRs can determine what waveform a radar is emitting and determine the source of potential threats. With this visible information on the cockpit display, the RWR also produces an audible alert. This immediately gets the attention of the pilots and, depending on tone, the pilots can determine if the alert means they have been spotted and if they are being targeted are under fire.

In many types of helicopter aircraft, the RWR is the AN/APR-39 Radar Warning Receiver. Utilized by the Navy/USMC, Army, and Special Operations Force, this system was developed for helicopters and other non-high performance aircraft. The APR-39 consists of ten line replaceable units (LRUs): one control unit, one indicator, one processor, two identical receivers, two left spiral antennas, two right spiral antennas, and one blade antenna. The latest version is the AN/APR-39A(V)2 is installed on low and slow flying helicopter and tilt-rotor aircraft of the U.S. Navy and Marine Corps and provides the pilots a synthetic voice warning and alphanumeric display symbols, which occur simultaneously. The APR-39 RWR is found on helicopters like the AH-1 Cobra, UH-1 Huey, V-22 Osprey, CH-46, CH-47, MH-47, UH-60, CH-53, and some versions of the C-130.

There are many different Radar Warning Receivers in other United States fixed-wing aircraft. The F-15 Eagle uses the ALR-56. The F-18 Hornet and Super Hornet as well as the EA-6B Prowler are fitted with the ALR-67. In order to protect America’s newest fighters from current and emerging threats, powerful RWRs like the ALR-94 in the F-22 Lightning II and ASQ-239 in the F-35 can detect and defeat surface and airborne threats. 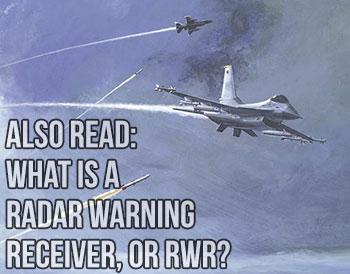 Also read: What is a Radar Warning Receiver, or RWR?

One of the most common RWRs found on fixed-wing aircraft is the AN/ALR-69 Radar Warning Receiver. The ALR-69 detects and sources potential radar detection threats in a combat environment. The ALR-69 is highly effective at identifying friend or foe, even in a dense signal environment. Operated worldwide on several different platforms, this RWR is found on the B-52 Stratofortress, A-10 Thunderbolt II, AC-130 Spectre, C-130 Hercules, F-16 Fighting Falcon, HH-53, and the MC-130. Since the mid-1970s, this radar warning receiver has provided threat type, emitter mode, and threat angle-of-arrival (AOA) to flight crews for situational awareness.

When the radar detecting system needs to be tested for serviceability, an RWR like the APR-39 needs a test set that can reproduce RF signal like a radar would provide.

To support the maintenance of the AN/APR-39, the SM-674A/UPM test set is utilized. The simulator consists of a hand-held set like the one shown above, and its transit case, CY-8316/UPM. The hand-held Simulator radiates pulsed RF signals to the Spiral Antenna and Blade Antenna of the RSDS under test. Test results are indicated by the System display and synthetic voice message responses to Simulator RF signals. The simulator is used for flight line testing of the APR-39 at the organizational maintenance support level. It is also used at the direct/general maintenance support level for bench testing and troubleshooting the AN/APR-39.

MRO Testing of Test EquipmentEven test equipment needs to be repaired and tested. This Radar Signal Simulator was in for repair at Duotech Services where DSI technicians identified and repaired the issue, performed tests to ensure that it was performing properly and returned it to the end user. Getting the SM-736A/UPM back out to aircraft’s crew chief will keep their helicopters mission ready.

Whether its a training mission like the helicopters were conducting above or a real world situation where a team needs to be inserted into a dark, dangerous valley, keeping the warfighter as safe as possible with properly functioning avionics, radar, and radar detecting systems is important.

Duotech has extensive test and repair capabilities for systems and subsystems of Radar Warning Receivers like the AN/APR-39 and the AN/ALR-69. Even with tight funding and rising repair costs from the OEM, systems like the Radar Warning Receiver must be maintained to ensure mission-critical components are ready to keep those fighters in the air.

Duotech is AS9100D certified and is an Air Force qualified repair depot for many major airborne electronic systems.

Duotech Services also has its own Radar Warning Receiver called ARGUS. The ARGUS Radar Warning System is a highly affordable digital threat detection system designed for a variety of platforms and applications. Sensing integration allows the user to incorporate ARGUS into many different types of existing mission systems, or as a stand-alone system on its own. 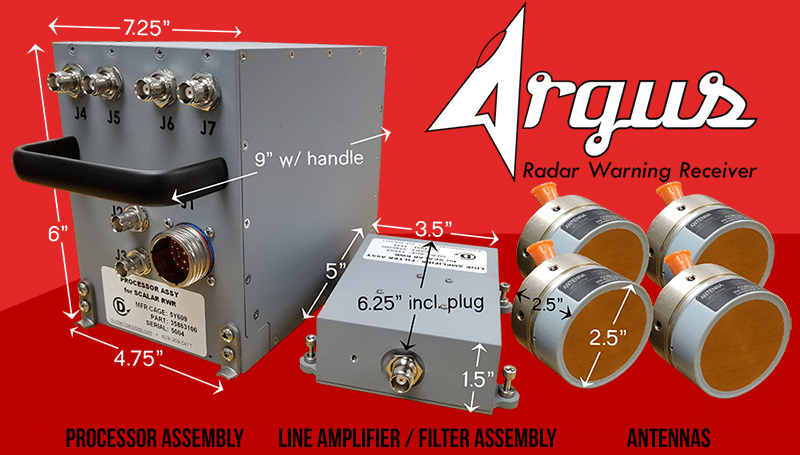