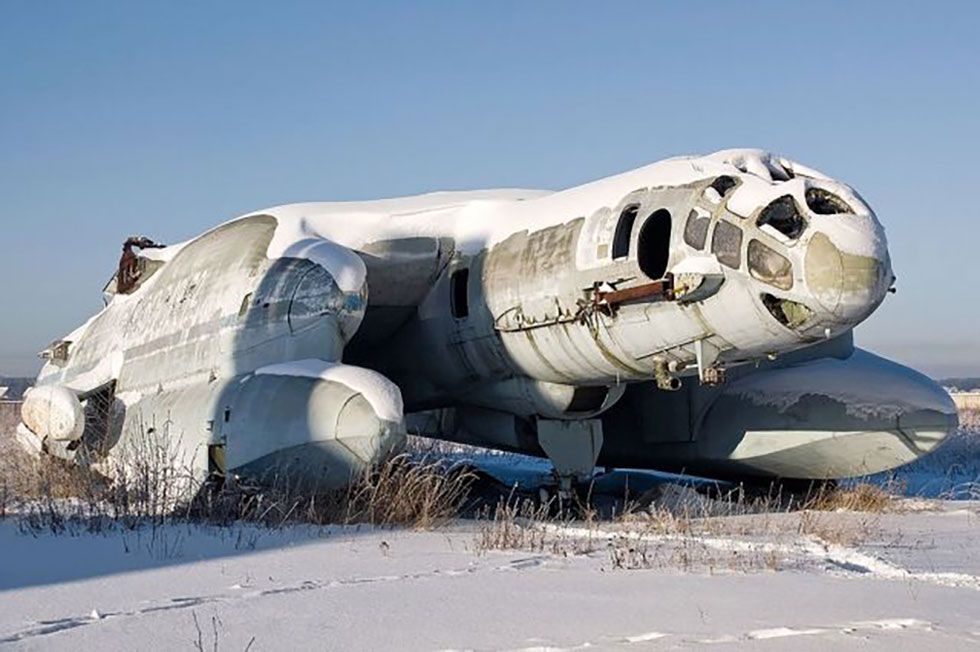 Cruising silently off the coast of northeastern Russia, a very unique weapon patrols the deep, dark, cold waters of the East Siberian Sea. Launched in December of 1959, the USS George Washington (SSBN-598), a nuclear-powered submarine, is the first of its kind to carry nuclear-tipped ballistic missiles. Nuclear submarines like the George Washington could sit very close to any shoreline, submerged and undetected, for weeks at a time.

With these small submarines carrying enormous nuclear firepower and able to hide anywhere along Russia’s more than 23,000 miles of shoreline, with only the adversary’s conventional Navy to hunt them down, the Soviet Union had no answer for these new threats. With this new development in the middle of the Cold War, the strategic advantage leaned heavily toward the US. The Soviet Union needed to find a solution.

Also read: Working and Living on a U.S. Submarine 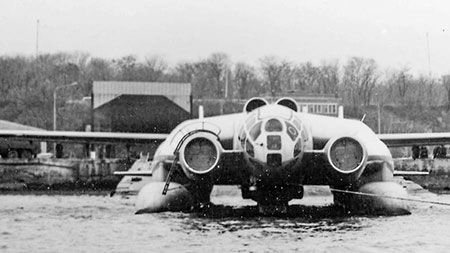 Straight up: The VVA-14 was designed to be capable of taking off vertically from land or water before flying like a regular airplane.
Courtesy Andrii Salnikov

Enter one of the strangest looking aircraft ever conceived, the Bartini Beriev VVA-14. Designed by Robert Bartini, a research and developer educated in Austria-Hungary and Italy, this uniquely designed airship would have all the capabilities Russia needed to counter the U.S. submarine threat.

Bartini envisioned the VVA-14 to operate at high altitudes and also a few feet above the ocean. The VVA was an acronym for “vertical take-off amphibious aircraft” and the 14 represented the number of engines. With twelve lift jets, each producing close to 10,000 lbs of thrust, spread across a catamaran designed fuselage, this ultimate submarine hunter would be able to take off vertically from anywhere and, by using the ground effect, efficiently fly just above the sea surface (about 25 feet) for long distances. It also had wings and two main turbofan engines so that it could fly like a conventional aircraft at speeds of over 472 mph and at altitudes of 33,000 ft. The VVA-14 was equipped with both traditional landing gear as well as inflatable pontoons so that it could operate from any harsh and remote environment. It would be armed with anti-submarine weaponry, allowing Russia to center the threat of the American submarines.

With a crew of three and aided with electronic flight navigation, search and aim system, magnetic anomaly detectors, and weapons like torpedoes/mines/bombs, the VVA-14 would become a formidable submarine hunter…that is, had it ever actually gotten past the flight testing phase. They ran into issues at each stage of development, which is not uncommon for new aircraft development. But some of the strengths that made this aircraft unique and powerful had to be scrapped from the plans or saw extensive delays from subcontractors. There were only two prototypes built. The first flight would be September 4, 1972. Before his dream could be fully realized, Robert Bartini died in Moscow, Russia in 1974 at age 72 and his VVA-14 faded away into history with him. Russia canceled the VVA-14 program and moved toward a conventional anti-submarine aircraft. 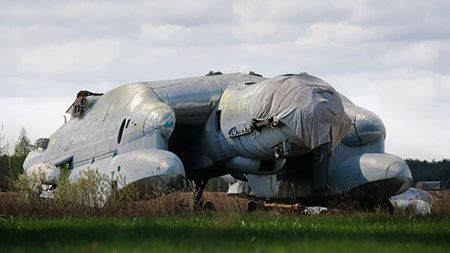 Bartini Beriev VVA-14: The only surviving prototype of this unusual Soviet-era airplane, is currently sitting in pieces at Russia’s Central Air Force Museum after suffering looting and vandalism.
Alamy

Today, only a shell of one of the original prototypes exists. The Bartini Beriev VVA-14 sits in the open air, tucked away behind other aircraft at the Central Air Force Museum in Russia. Its wings are missing from the fuselage and some of its parts lay on the ground nearby.

If you want to learn even more about this very unique aircraft, watch the video below. If you enjoyed this #JetFriday article, share it on your social media channels for your family and friends. If you’re like us and love jet aircraft, check out more of our Jet Friday posts.

The Strangest Aircraft Ever Built: The Soviet Union’s VVA-14