Working and Living on a U.S. Submarine 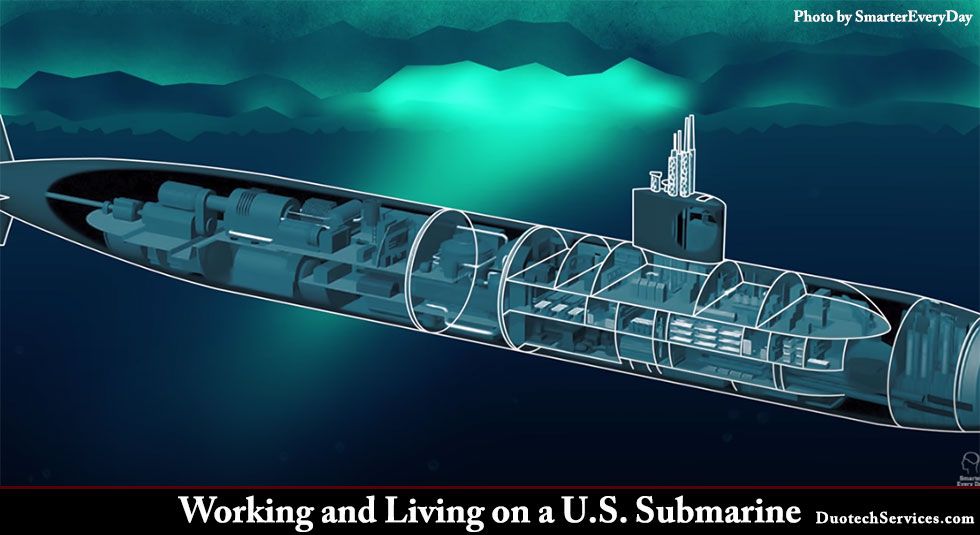 Previously, we’ve shared articles about aircraft carriers and fighter aircraft taking off from carriers. One example of this is our Working and Living on a U.S. Aircraft Carrier, which includes links to videos from the Carl Vinson, Nimitz, and Roosevelt. These 4.5-acre cities on the ocean are quite intriguing in their day-to-day operations, from flight decks to the mess hall.

Recently, we came across another equally entertaining video, this time representing the U.S. Navy’s submarine warfare division. A 30-minute video posted by SmarterEveryDay and produced by Destin Sandlin takes a tour of the USS Toledo. The Toledo is a Los Angeles-class nuclear-powered attack submarine. During the filming in March of 2020, the Toledo was participating in “ICEX”, a three-week biannual exercise in the Arctic region.

In SmarterEveryDay’s video, you see the USS Toledo has already breached the ice in the Arctic. But we also found and included below a U.S. Navy video that shows the Toledo pushing up through the ice during ICEX. Sandlin is delivered to the surfaced submarine by helicopter. The outside air is –30 degrees Fahrenheit. Since the ship is sitting too low to allow for entry via a hatch on the hull due to ice, Sandlin must climb the sail and then descend down a ladder inside a small tube.

In the video, the submarine’s captain, Commander Philip Castellano, describes the artic training mission the crew of the Toledo was undertaking. Accompanied by a guide through the video, Sandlin is allowed to visit the crew areas from the control room to the berthing areas. For security reasons, he is not allowed to visit the propulsion or nuclear reactor areas in the rear of the submarine. He does meet the captain in the wardroom, the mess cabin area for the commissioned officers of the submarine. He interviews the Chief of the Boat, the senior enlisted person on the submarine, in the Chief’s Quarters.

If you enjoy videos that take you behind the scenes or just want to learn how things work, subscribe to Sandlin’s channel, SmarterEveryDay. He has plenty more videos he created during his time aboard the USS Toledo that can be found here.

We hope you enjoy the videos we compiled here. If so, please share this post with your friends and colleagues.

While you’re here, read “Working and Living on a U.S. Aircraft Carrier”