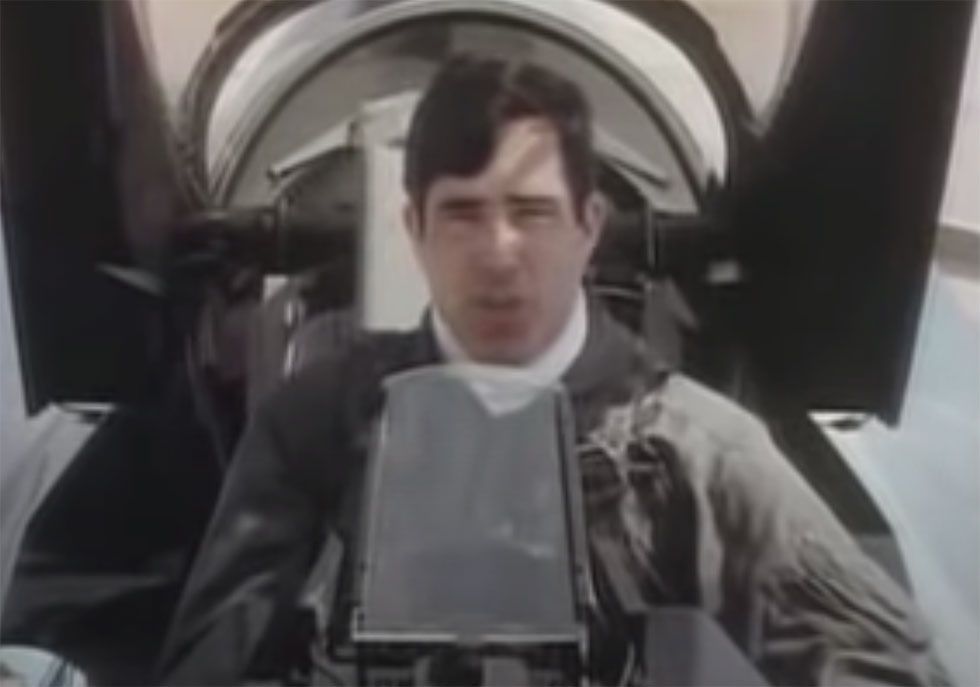 When the F-16A/B Fighting Falcon was first introduced into service over four decades ago, it was developed to be a premier air superiority aircraft. To gain the advantage over its opponent in a dogfight, the F-16 was designed with a one-piece polycarbonate bubble canopy with no forward frame. This bird-proof canopy enabled the pilot to have a full 360-degree field of view. The pilot seat was elevated and tilted back 30 degrees instead of 12 degrees like other 4th generation aircraft. The control stick was situated on the right hand side of the pilot versus the center to provide arm support and control in very tight turns.

With these unique features, the F-16 became a highly successful air-to-air combat fighter with a record of shooting down seventy-six enemy aircraft but only suffering two losses in aerial combat. Since entering service in August 1978, the Falcon, also known as Viper, has not only dominated the skies but has also developed into an all-weather, multi-role fighter aircraft.

The F-16A was the single seat aircraft while the F-16B was a two-seat trainer. The F-16A/B utilized the AN/APG-66 pulse doppler radar, while the newer F-16C/D used the AN/APG-68. A mid-life upgrade (MLU) would see the F-16 A/B improve its avionics and upgrade its radar to the APG-66(V)2. This MLU package would improve the performance and extend the lifespan of the A/Bs, bringing them closer to the performance and technology in the newer F-16C/Ds.

The F-16C/D, C being the single seat version and D the two seater, was introduced in 1984. On the outside, there are only a few subtle changes from the F-16A/B. But inside the cockpit, its avionics and radar package would make the Viper an all-weather multi-role fighter. Its APG-68 gave the F-16C/D beyond visible-range shootdown capability, numerous air-to-air modes, and an ability to track-while-scan for up to 10 targets. The C/D also had a much larger head-up display HUD than the A/B. The latest version of the AN/APG-68 is version 9, or APG-68(V)9. It provides the Fighting Falcon with a 30% greater air-to-air detection range than its predecessor.

Though the U.S. Air Force has still allocated funds to upgrade part of their F-16 fleet, these aircraft are expected to be replaced over the coming years by the F-35 Lightning II. The Falcon is still a tremendous aircraft that serves the United States and many countries around the world. With the need to extend the life of the aircraft and the availability of companies that repair its aging and obsolete systems, this multi-role fighter aircraft will remain in service for countries around the world for years to come.

Backed by 38 years of industry experience and with AS9100D and ISO 9100 certifications, Duotech is a leading source in providing responsive repair and support for the APG-66 and APG-68 Fire Control Radars.

Below we are sharing a video that introduced the F-16C Fighting Falcon. Narrated by Kevin Dwyer Lockheed Martin’s Chief Test Pilot (Sep 1980 – June 2007), he takes you into the cockpit and explains the various sections of the flight control panel and head-up display.