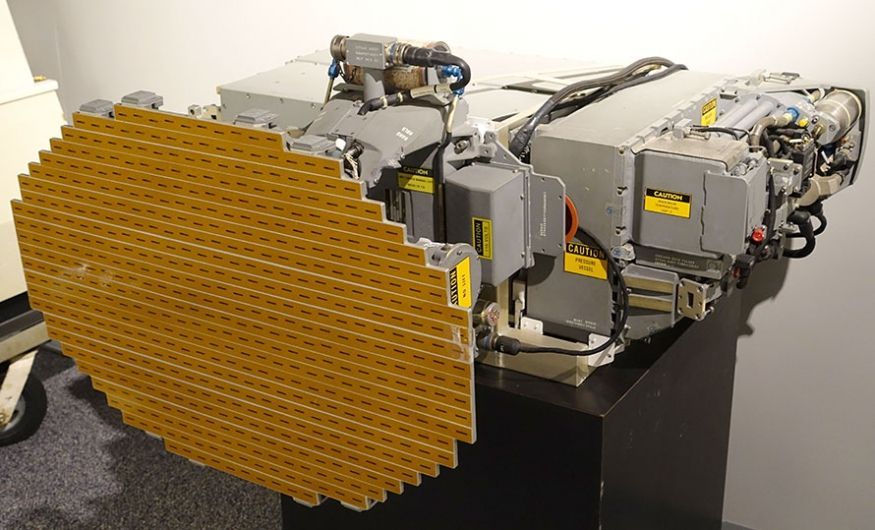 The F-16 Fighting Falcon’s original mission profile was to be the U.S. Air Force’s top air-to-air day fighter. Over its forty years of service, the F-16 has evolved into a multi-role, all-weather fighter aircraft.

The development of this fourth-generation aircraft F-16 introduced many innovations. These included the first negative stability and fly-by-wire flight control system, a bubble, frameless canopy, side-mounted control stick, and a pilot’s ejection seat that is reclined to thirty degrees. The pilot’s tilt-back seat and a strengthened airframe enabled the F-16 and its operator to be the first aircraft able to execute 9G turns.

What enables this air superiority day fighter to adapt to an all-weather, multi-role fighter is the upgraded radar system. The F-16 was originally equipped with the AN/APG-66 fire-control radar. This medium-range pulse doppler radar had a range up to 150 km with four air-to-air and seven air-to-ground operating modes for combat, even at night or in poor weather conditions. Though the AN/APG-66 would experience multiple upgrades that increased its range, speed, and reliability, the F-16 would later be fitted with the AN/APG-68 fire control radar. Like the AN/APG-66, the AN/APG-68 is a pulse doppler radar. This evolution of the AN/APG-66 radar was first introduced to the F-16C/D Block 25. The AN/APG-68 provided the Fighting Falcon several capability improvements that transformed its mission profile from daytime air-to-air to a more versatile all-weather, multi-role fighter aircraft.

The latest version of the AN/APG-68 is version 9, or APG-68(V)9. It provides the Fighting Falcon with a 30% greater air-to-air detection range than its predecessor. It is equipped in several variants of the F-16D Block 50/52 for nations worldwide.

Backed by 34 years of industry experience and with AS9100C and ISO 9100 certifications, Duotech is a leading source in providing responsive repair and support for your APG-68 Fire Control Radar.