Jet Friday: All the Fighter Jets in the U.S. Air Force 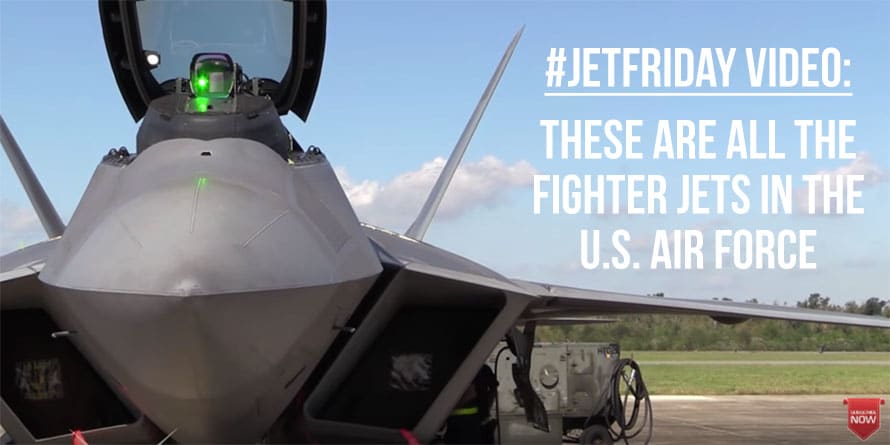 In 1907, the U.S. Air Force, which was originally part of the United States Army as the Aeronautical Division using balloons for observation, took its first steps to leave the earth by requesting bids for heavier-than-air aircraft. In July 1909, with President Taft watching, Orville Wright and cavalry officer 1st Lt. Frank P. Lahm made a 10-mile cross-country flight at a top speed of 45 mph. For $25,000 the U.S. Army would buy this first military aircraft from the Wright Brothers and U.S. military aviation was born. USAF would be the Army Air Service, Army Air Corps, and the Army Air Forces before officially becoming the United States Air Force in 1947.

According to the 2017 Index of U.S. Military Strength, of the United States Air Force 5,456 manned and unmanned aircraft, 1,303 are fighter aircraft. Some fighters are very experienced aircraft like the 236 F-15 Eagles introduced in 1976 and the 287 close-air-support A-10C Thunderbolt from 1977. Then there is the F-16 multi-role fighter introduced in 1978 and is the backbone of the USAF jet arsenal with 951 aircraft. Eventually, the F-16 will be completely replaced by the F-35 Lightning II. If you are interested in a review of the United States Air Force’s Fighter Aircraft, watch the video below. Along with those listed above, the video will also include the F-22 Raptor.

We hope you enjoy the video and we invite you to share this article with your friends and colleagues. If you like jet-powered aircraft then check out all our many other #JetFriday posts.

These Are All the Fighter Jets in The U.S. Air Force