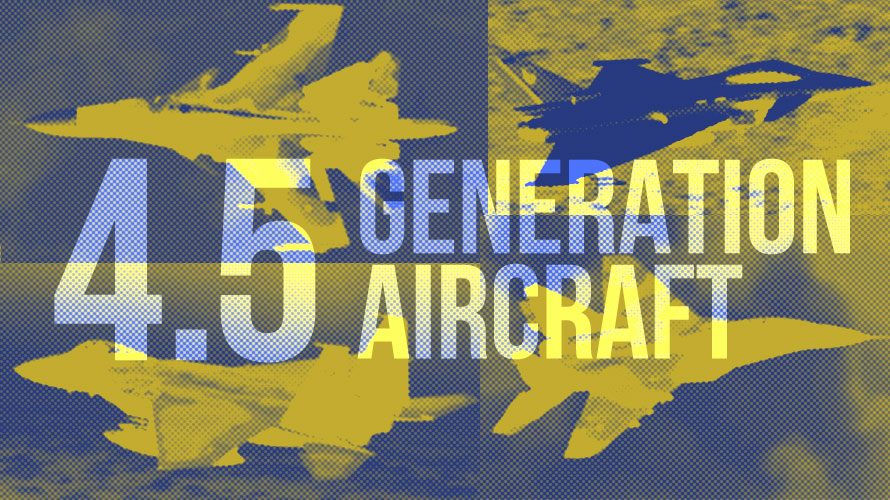 Fighter aircraft are segmented into generations. Generations are established based innovations that these aircraft went through from decade to decade. The fighter aircraft of the 1960s and 70s are considered to be third generation aircraft and include the first supersonic fighters with infrared (IR) missiles. With the combination of these IR missiles, the radars that guided them, and faster speeds, it was expected that the days of aerial combat were largely a thing of the past. Guns were not included on the aircraft like the F-4 Phantom and the pilots who gained experience dogfighting in WWII and Korea were no longer around or passing on their skills.

What they discovered during the Vietnam War was the IR missiles were less effective and inaccurate than expected. And, because the aircraft lacked guns to get in close and not as maneuverable as the enemy, American pilots were losing their edge.

The next generation of aircraft would be more maneuverable and provide the pilot with the tools to succeed in air combat with the enemy. Fighters were developed to be faster and able to turn tighter with innovations like the F-16’s angled seats and fly-by-wire technology. Missiles would be improved to be more accurate with newer radars to fire at beyond visual range (BVR).

With many of the avionics and radar systems of these 4th generation aircraft originating in the 1970s and 1980s, the electronics and electromechanical systems can be over three decades old. Like many of the aircraft that originated during the 60s, 70s, and 80s that are still flying today, aircraft like the F-15 and F-16 can face maintenance, repair, and overhaul (MRO) dilemmas all over the aircraft. These MRO problems often involve obsolescence issues where documentation is missing or defective parts cannot be replaced due to OEMs no longer supporting that system, or the OEM may no longer exist.

When budgets are tight, these legacy systems must still be maintained even when facing obsolescence issues. Avoiding scrapping repairable parts requires a depot to develop the missing technical data or reverse engineer broken or missing parts. This is especially important when aging platforms like the Falcon and Eagle are proposed to fly well into the 2020s.

Duotech specializes in repairing obsolete equipment that the OEMs no longer support, or if they do, the repair comes at a cost well over repair percentage guidelines.

Instead of scrapping repairable equipment, we offer solutions to keep your legacy aircraft in the air and your obsolete mission critical equipment functioning. Duotech is AS9100D certified and is an Air Force qualified repair depot for many major airborne electronic systems.

Search for Your Part Number Now