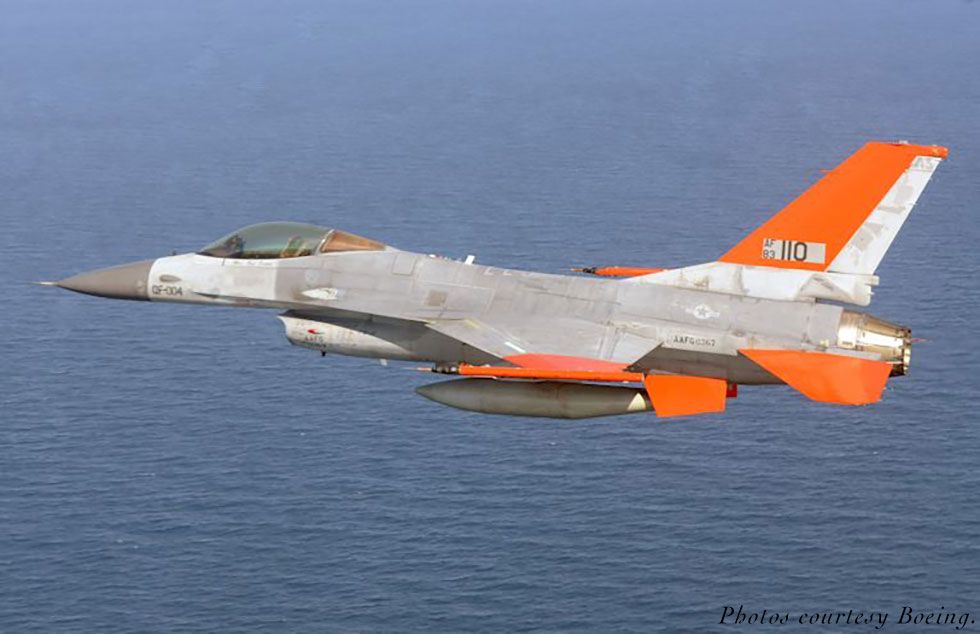 In July 2021, an unmanned jet aircraft will face off against a human-operated fighter jet. What are the pros and cons of both sides of this battle? What can this test mean to the future of manned military fighter aircraft?

Its a beautiful, blue-sky day and a young man is with his family at an airshow. The heat coming off the tarmac hasn’t reduced his eagerness to climb into every plane that’s made accessible. The boy holds onto his dad’s hand but spies all the confident fighter pilots standing around their huge and powerful flying machines. The family makes their way back to the stands in preparation for the airshow as the pilots climb up into their cockpits and fire up the engines. A loud roaring rumble spreads across the flight line and the hairs on the young man’s arms stand up. Shortly after, six Blue Angels rip across the midday sky and begin a choreographed dance during their aerial acrobatics display.

Proposed for this time next year, the U.S. Air Force is planning to put an autonomous drone head-to-head with a human pilot. Likely both the drone and the aircraft the pilot operates will be an F-16 Fighting Falcon. This puts both the computer and the pilot with the same capabilities. Eventually, they will expect to try the same with an F-22 and an F-35.

Can the USAF pilot with thousands of hours of experience be successful against artificial intelligence that can be programmed with millions of hours of training time? It would seem that the AI could operate the F-16 at extremes that a human cannot.

The F-16 was designed so the pilot can survive up to 9Gs, which is important during a dogfight where tight turns can lead to better angles on your opponent. With an autonomous aircraft, human limitations would not be a factor, allowing the aircraft to possibly get inside the turn on an opponent, resulting in a kill. A pilotless fighter can go into heavily defended territories and deliver munitions without risking a pilot’s life.

The downside to autonomous aircraft is the judgment that a human can provide. If a mission is provided to a pilotless aircraft it would carry out that mission. A human can make a decision that a computer cannot, like a judgment call to save innocent lives based on new facts that develop on the ground.

Can the autonomous aircraft defeat the highly experienced pilot? If it does, what could it mean to the future of military fighter jocks and the kids who dream of becoming one?

If you want to learn more about the likely faceoff next year, check out this article from Popular Mechanics.

The Human Vs. Drone Dogfight Showdown Is Happening Next Year