Pilots Who Would Become U.S. President 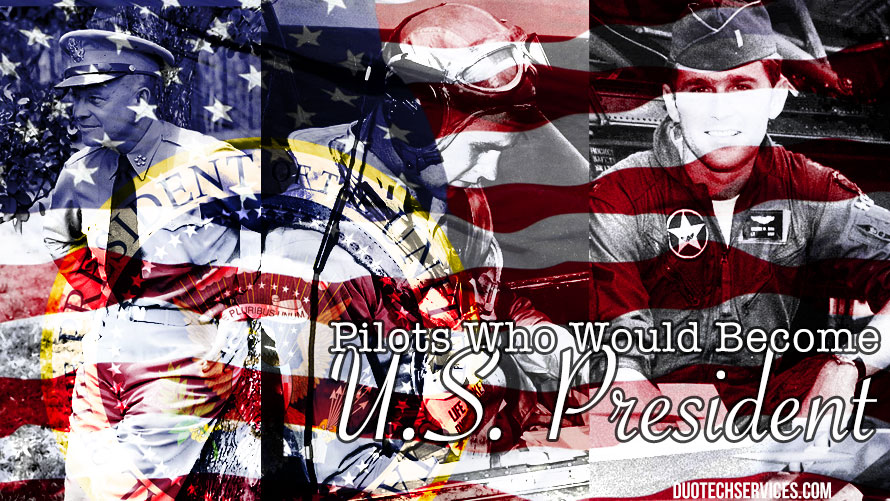 Presidents of the United States come from all walks of life to lead the country in the highest political office in the land. Some are small business owners, others are farmers and lawyers. There are those who were school teachers like James Madison, James Garfield, and Lyndon B. Johnson. Some were farmers like Thomas Jefferson, Andrew Jackson, and a peanut farmer from Georgia, Jimmy Carter. Some served their communities in law enforcement like Grover Cleveland who was a sheriff. Herbert Hoover was an engineer, George Washington a surveyor, Andrew Johnson a tailor, and Benjamin Harrison a journalist. Ronald Reagan was a movie star actor, Donald Trump a real estate entrepreneur, and George H. W. Bush an oil executive. Many presidents have been lawyers and life time politicians.

The United States has had 26 of the 45 Presidents that also served the country’s military prior to their service as Commander in Chief. Some of those men experienced combat as soldiers, sailors, and airmen, while others never served in a wartime theater.

Of course, the “Father of the Country”, George Washington, led Virginia militiamen into war during the French and Indian War and marched a country into its fight for independence during the American Revolutionary War. Dwight D. Eisenhower, a General in WWII, attained the rank of Supreme Allied Commander in Europe during WWII. Five presidents served in the Civil War. Abraham Lincoln fought in the Black Hawk War, and Harry Truman was in WWI, just to name a few.

John F. Kennedy served as a PT Boat Commander during WWII. His boat was rammed and sunk by a Japanese destroyer. Theodore Roosevelt was a colonel in the Spanish-American War and received the Medal of Honor.

Not many presidents have been pilots. Dwight D. Eisenhower became a pilot before becoming president while he was in the military. He learned to fly and earned a private pilot’s license in 1939 but was never rated as a military pilot. 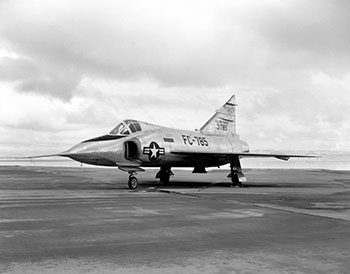 F-102 Delta Dagger like what was flown by George W. Bush

Two presidents became military aviators. In 1968, George W. Bush joined the Texas Air National Guard. Once he completed flight training in 1970 he was assigned to the 147th Fighter Interceptor Group where he flew the F-102 Delta Dagger.

The other president who served as a military aviator was also a veteran of WWII. George H.W. Bush flew the Grumman TBF Avenger. The Avenger was a torpedo bomber flown by the U.S. Navy and Marine Corps during WWII. It could carry a Mark 13 torpedo, a single 2,000-pound bomb, or up to four 500 lb bombs. It has a crew of three, a pilot, a turret gunner in the rear of the canopy, and a radioman who monitored the radar and manned the lower rear machine gun. The Avenger had a range of 1000 miles and a 30,000 ft ceiling. Its single Wright Double-Cyclone air-cooled radial engine produced 1,700 horsepower and provided it a max speed of 271 mph. This made the Avenger the superior U.S. Navy torpedo bomber over any previous version. 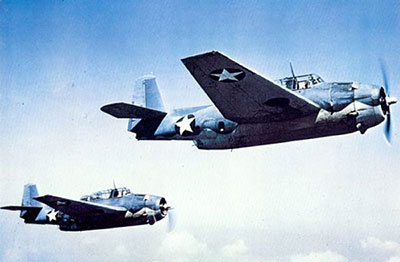 Grumman TBF Avenger like what was flown by George H.W. Bush in WWII

In June 1943, George H.W. Bush became one of the youngest naval aviators ever. He enlisted in the Navy in June 1942 and was commissioned an ensign, receiving his wings before he was 19 years old in June 1943. In September of 1944, his plane was one in a flight of four attacking Japanese bases at Chi Chi Jima. His Avenger was hit by flak that ignited the engine but he continued his attack and then flew several miles out over open water to avoid being captured by the Japanese. He and his crew attempted to bail out but only Bush survived the event. He was rescued after a few hours by the submarine, USS Finback. He flew a total of 58 missions during 1944. He received the Distinguished Flying Cross, three air medals, and the Presidential Unit Citation.