Jet Friday: The Performance of F-35 Lightning from a Pilot Who Flies It 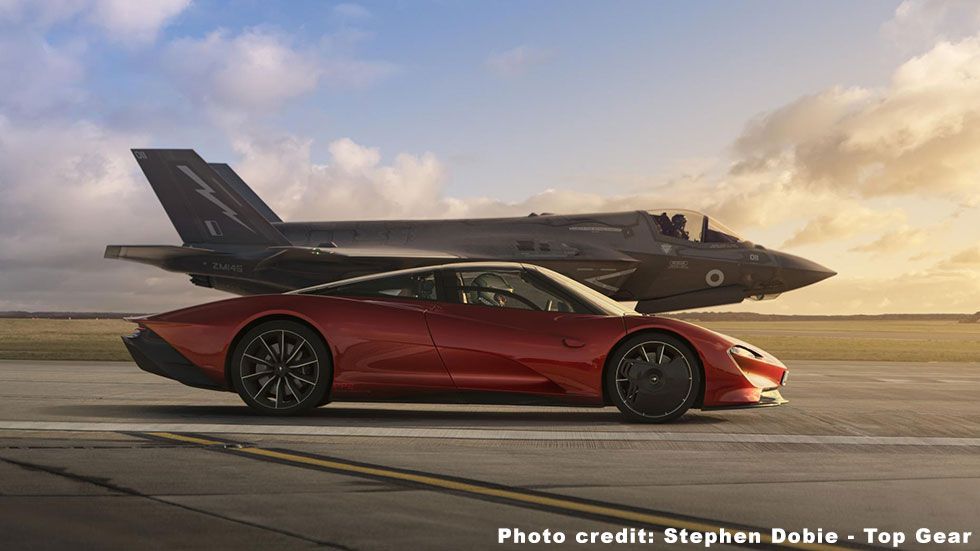 The F-35 Lightning II is a high performance, stealth, multirole combat aircraft. Its single Pratt and Whitney F135 turbojet engine propels this extremely smart platform up to Mach 1.6 at 1,200 MPH.

After it was chosen as the Joint Strike Fighter program winner in October 2001, and since its first flight in December 2006, the F-35 has run into many complications. Its development is expected to replace several different aircraft across the United States Air Force, Navy, and Marine Corps services. Each branch has a different role that the F-35 is expected to fulfill. This one-plane-fits-all requirement has meant long overdue delays because of design changes, structural corrections, and degraded performances compared to initial claims. These have also led to cost increases of more than 43% since 2001 based on a 2015 Pentagon Selected Acquisition Report.

Though it has faced many major setbacks, the F-35 has continued to progress and reach its milestones along the way. In August of 2016, the USAF declared the F-35A combat-capable. The Marine Corps declared the F-35B to have achieved Initial Operational Capability (IOC) in July 2017. The U.S. Navy declared its aircraft carrier version, the F-35C, as combat-ready in February of 2019.

An F-35B pilot from the United Kingdom’s Royal Air Force, Station Commander Jim Beck, describes his experience in the Lightning’s cockpit. Since the arrival of the F-35 in the RAF, Beck has completed 300 missions in the air and 600 in the simulator.

We won’t steal his thunder. Below is a link to the Top Gear article, “What’s it like to fly an F-35 Lightning”.

Also, you may enjoy this article

This Ugly Aircraft Could Have Replaced the Falcon, Hornet, and Harrier