Santa Claus is Comin’ to Town…Fast! 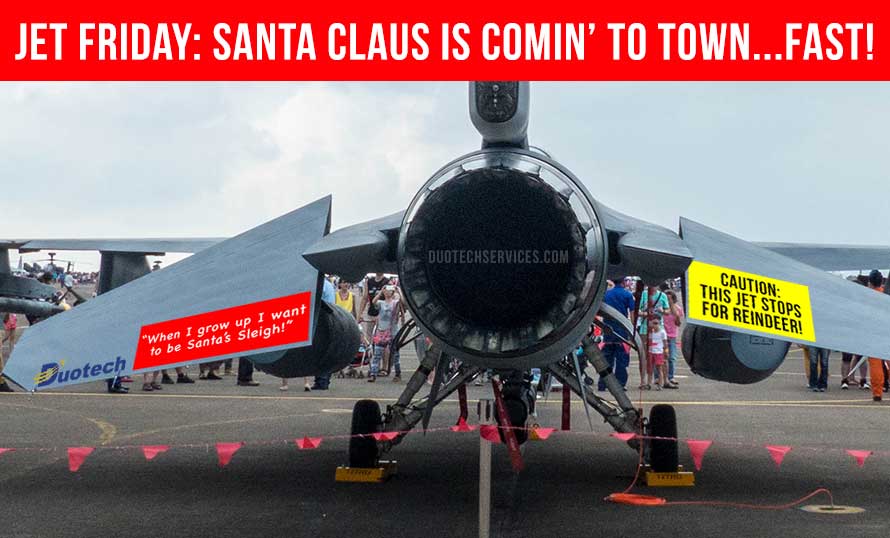 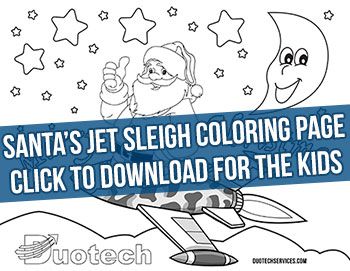 It’s that time of year when jet aircraft all over the world stand in awe of the fastest of them all — Santa’s sleigh. Twas the night before Christmas and sitting on the tarmac, an F-16 Fighting Falcon dreams of a bright fire engine red paint job and vertical/short takeoff and landing (V/STOL) operations on rooftops around the globe.

It is hard to fathom the advanced propulsion system and technologies necessary for the jolly old fat man to deliver toys to all the ‘good’ girls and boys, (92 million homes) in the time available (31 hours) on Christmas eve. In fact, an engineer’s head might explode if they were able to see behind the curtain at the North Pole’s Advanced Development Projects testing facility, quietly referred to by top AeroElves as Seal Works. 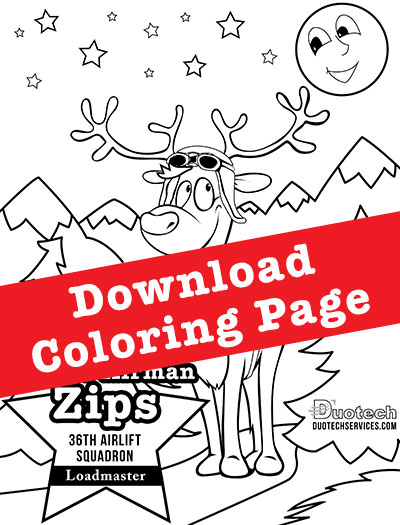 With the Q (quartermaster) Research and Development Division providing Santa his survival, escape, and evade gadgets, top mathematician elves analyzing data, an elite reindeer training and development program, and a lot of the right (secret) stuff, it all comes together at the end in a very Merry Christmas! What you don’t know won’t hurt you…but it just may get you that football you’ve been wanting for Christmas…if you are on the right list.

What is the science behind Santa and his magical flight? It’s all wrapped up with a bow in this fun and educational video “How FAST is Santa Claus?” by Kyle Hill. Have a great Jet Friday and an especially VERY MERRY CHRISTMAS from your friends at Duotech Services!

How FAST is Santa Claus? (Because Science w/ Kyle Hill)