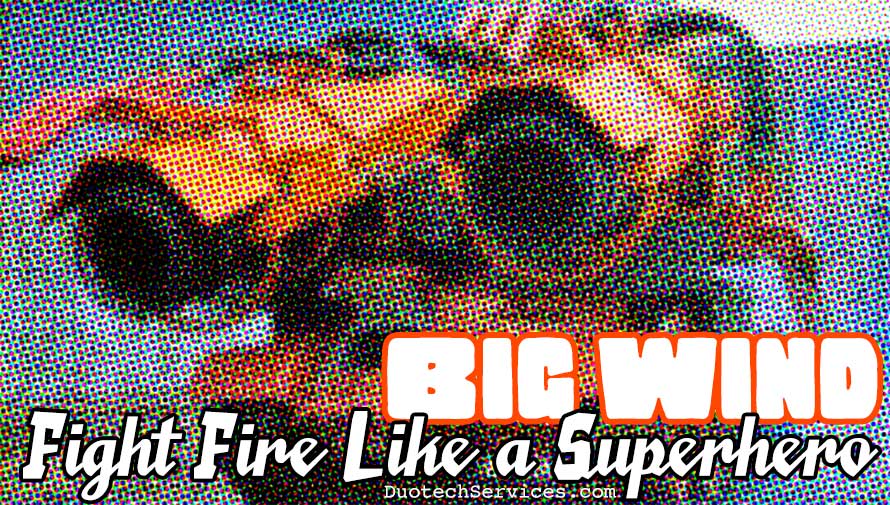 Click for Video – How hard is it to extinguish an oil well fire? Difficult enough that engineers need to think way outside the box and design a tool called the “Big Wind.” This monstrous fire extinguisher attacks the fire like a superhero who uses his super breath to blow out a fire. 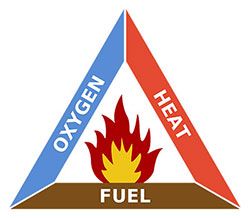 The “Big Wind” is designed to attack the Fire Triangle like no other. The fire triangle, as shown in the graphic, demonstrates what a fire needs to burn: heat, fuel, and and oxygen. If you can remove one or two of these you can break the triangle and the fire will die.

Some oil well firefighters do this by dangerously placing a 55 gallon drum full of dynamite at the base of an oil well fire and wait for the explosion to rob the fire of it’s oxygen. Approaching a giant flame with a barrel full of explosives is one way to fight a fire. Standing back and shooting water at the fire is another.

To fight oil well fires in Hungary, a team of Hungarian engineers transformed a Russian T-34 tank into a fire-fighting tracked vehicle. They replaced the gun turret of the tank with two jet turbines from a Russian MiG-21 jet aircraft. With forced air from the two turbines pushing 220 gallons of water per second from the 6 nozzles stationed above the jet engines, the Big Wind robs the fire of its fuel (oil), breaking the fire triangle and killing the fire.

In the video below, the Big Wind is used to extinguish the Kuwaiti oil fires in 1990 ignited by the Iraqi military. Check out the the world’s most extreme fire extinguisher.