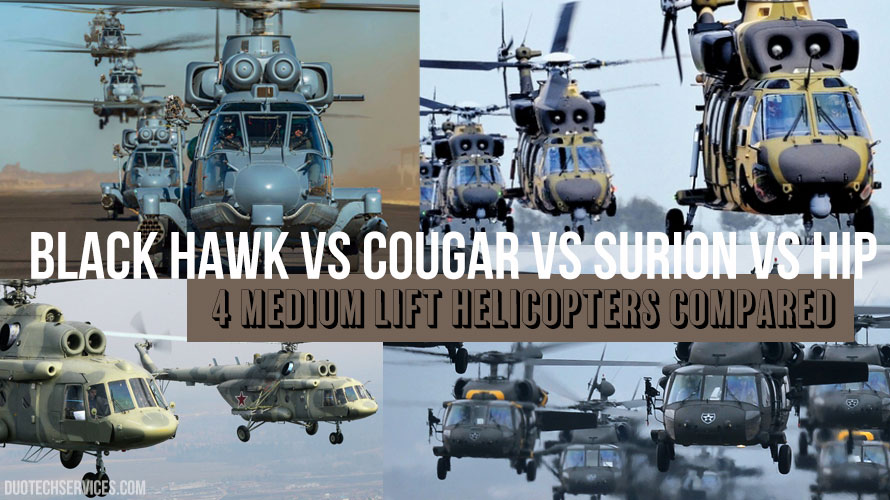 China Burma India Theater – It’s a bit of WWII history that is not known as much as the Pacific campaign or the landings at Normandy. But in this area of operations, something significant occurs that goes mostly unnoticed as the Allies assist the Chinese army fight the Japanese invaders.

Helicopters in Combat – Though the Germans initiated the use of helicopters during World War II, they were limited to a role of artillery spotting and reconnaissance. In America, Igor Sikorsky was working on his dream to develop the helicopter. In 1942, he demonstrated that his rotary craft could fly from Connecticut to Ohio without any incidents. The United States Army wanted to put his invention to work and in 1943 and ordered 29 YR-4 prototypes. The Army could not wait to get them into action and quickly sent them to the China-Burma-India theater to help the Chinese. Now known as the R-4, the Sikorsky was performing rescues of downed pilots and medical evacuations in the high mountains known as “the hump.”

During the Korean War, the helicopter would really find its place as a valuable military asset. The medivacs alone would be enough to prove its worthiness by transporting more wounded from isolated areas quickly to hospitals for treatment. This greatly reduced the death rate of evacuated patients before they reached medical facilities from 4.5 percent in WWII to 2.5 percent in the Korean War.

During the Korean War, helicopters would also take on an even bigger role in troop transport. In 1952, the Army would get the first cargo and troop transport dedicated helicopter, the H-19 Chickasaw. Unlike the H-13 Sioux, which carried two litters and a pilot, the H-19 carried a crew of two but could transport ten troops or eight stretchers.

Over the decades, the helicopter’s role has evolved from being tasked with medivac and troop transport to heavy lift cargo and heavily armed attack aircraft. In the mid-1950s, the H-19 had a single 600 hp engine with a maximum speed of 85 mph. Today, militaries around the world have access to rotary-wing aircraft and use them to perform many various missions. They have much more powerful engines and are capable of speeds up to 180 mph. Some can carry artillery pieces or multiple vehicles slung underneath.

The medium-lift helicopter is a workhorse for any military. They carry a lot of cargo like medical supplies, food, ammo, mail, and reinforcements forward to the troops on the ground. They are outfitted with weapons and they travel into hot landing zones to insert or extract troops. A medium-lift helicopter is considered to be those with a gross weight between 14,000 lbs to 45,000 lbs.

With many of the avionics and electronic systems of the current helicopters originating in the 1970s and 1980s, the electronics and electromechanical systems can be over three decades old. Like many of the aircraft that originated during the ’60s, ’70s, and ’80s that are still flying today, the UH-60 and AS 532 Cougar/AS 332 Super Puma can face maintenance, repair, and overhaul (MRO) dilemmas all over the aircraft. These MRO problems often involve obsolescence issues where documentation is missing or defective parts cannot be replaced due to OEMs any longer supporting that system, or the OEM may no longer exist.

To keep the rotary-wing aircraft flying, these systems must still be maintained even when facing obsolescence issues. Avoiding scrapping repairable parts requires a depot to develop the missing technical data or reverse engineer broken or missing parts. 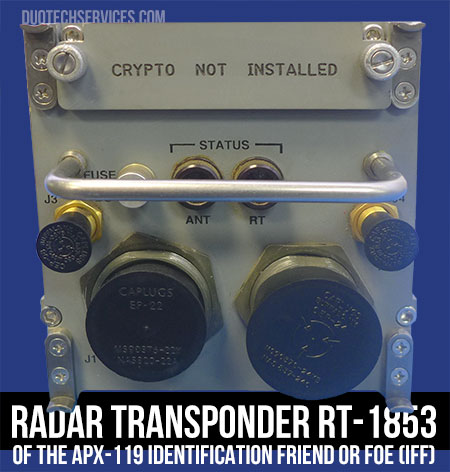 RADAR TRANSPONDER of the APX-119 IFF

RADAR TRANSPONDER of the APX-119 IFF

This unit is part of the RADAR TRANSPONDER (RT-1853 Pt. # 4079100-0509) of the APX-119 Identification Friend or Foe (IFF) from an AS 332 Super Puma. It was repaired by Duotech Services technicians who evaluated the equipment and discovered several defective components. The faulty components were replaced and the serviceable unit was returned back to the customer.

These systems provide crucial data of a helicopter’s orientation to pilots to control and stabilize their aircraft, ensuring safety and mission completion. Maintaining critical electronics, avionics, and radar systems like a UH-60 Black Hawk’s AHRS, an F-16 Fighting Falcon’s Pulse Doppler Radar, and even the HUD of an F-5 Tiger II are essential to a nation’s security.

With over 34 years of experience, Duotech Services maintains an AS9100D registration and is a qualified repair station for thousands of items providing a full range of equipment repair services. We provide Depot Repair Services for a wide variety of electronic and electromechanical systems for military and commercial applications. Find your part and contact us to answer your questions or Request a Repair Quote.