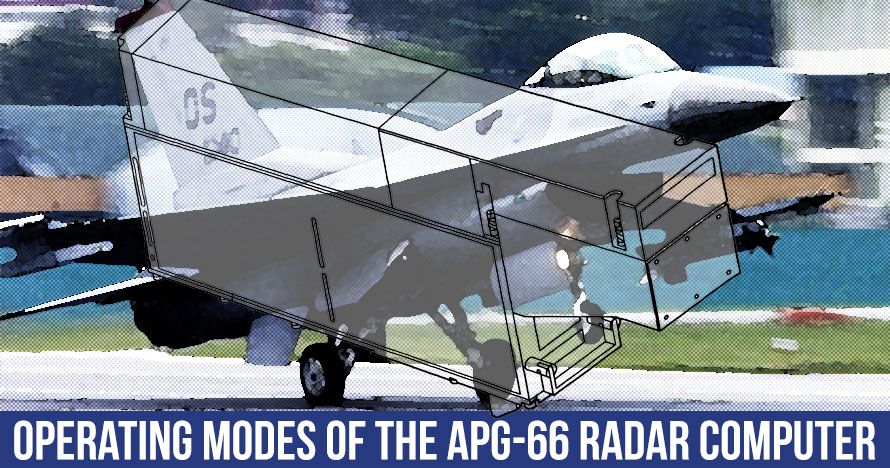 The F-16 Fighting Falcon, a single-engine multirole fighter, was developed over forty years ago for the United States Air Force. This lightweight fighter has been adopted by 25 countries around the world, providing each a superior air-to-air capable fighter that is equally deadly in air-to-ground attack. The F-16, also referred to as “Viper”, is a 4th generation aircraft originally designed to be the top daytime air-to-air fighter, would evolve into a multi-role, all-weather fighter aircraft. Leading it from the original fair-weather, daytime fighter role to an anytime, any-weather mission is the AN/APG-66 Fire-control Radar. This solid state, medium range radar was designed to fit the Falcon’s small nose cone space. The APG-66 was installed in both the U.S. and export versions of the F-16’s A/B models.

The APG-66 Pulse Doppler Radar system consists of six Line Replaceable Units (LRU). These LRUs are the slotted planar array antenna, transmitter, low-power radio frequency (LPRF) unit, digital signal processor, computer, and control panel. If any one of the subsystems malfunctions, that LRU can be replaced with a properly functioning unit and the defective set sent to a certified APG-66 repair depot.

Not just simply the radar for the F-16 Fighting Falcon, the APG-66 has also been installed in other types of aircraft. Two of those platforms would be C-550 Cessna Citation of the U.S. Customs and Border Protection, and the U.S. Navy’s P-3.

Over its lifespan, the United States Air Force F-16’s APG-66 would be upgraded with the APG-68, a medium range pulse doppler radar. Despite the availability of newer radar systems for the F-16, many of the 25 nations who operate the aircraft still utilize the APG-66 and APG-68. Even with tight funding, these systems must be maintained. This requirement has caused a reduction in new manufacture requirements and a growth in depot and component repair needs. Duotech has developed radar upgrade capabilities to maintain these aging systems that original equipment manufacturers no longer support. Radar Computer of the AN/APG-66

The Radar Computer pictured here is one of the six LRU’s of the AN/APG-66. Its function is to control the operation of the radar set. It configures the radar system for the various operating modes listed above. This LRU examines data received from the radar control panel and fire control computer, generates operating commands, computes target data, transmits the data to the fire control computer, and interfaces with other F-16 avionics systems as well as the other radar LRUs. It also directs the digital signal processor to embed symbols in the video output.

Duotech Services repairs the APG-66 Radar Computer (p/n 536R268G14 and similar) of the F-16 Fighting Falcon, like the one pictured above. Duotech provides repair services of electronic components for a variety of fixed wing and rotary wing aircraft systems. Duotech maintains an AS9100D registration and is a qualified repair station for thousands of items.