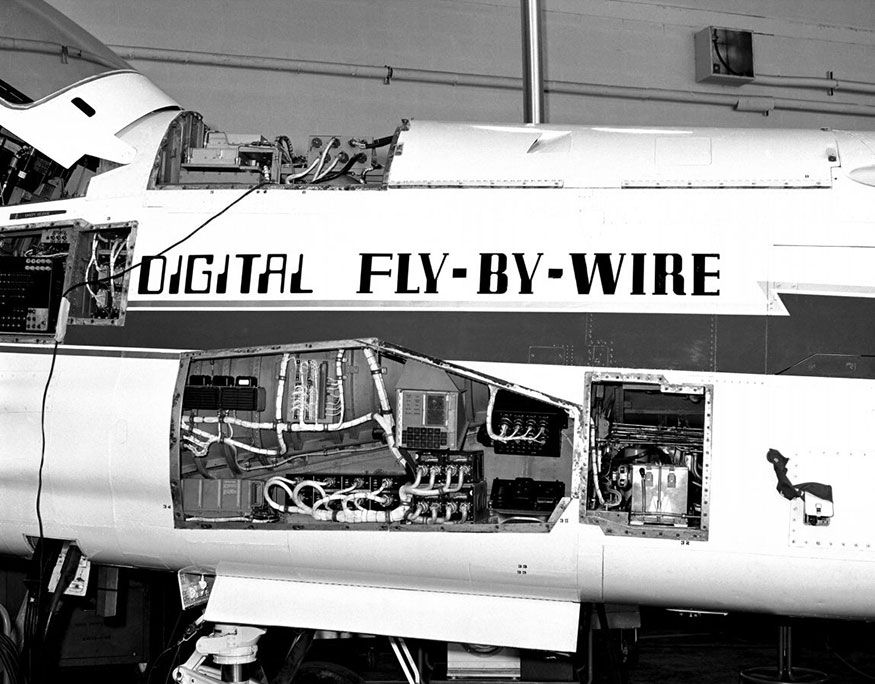 If you’re new to the aerospace and defense industry, one of the aviation terms you will hear is “fly-by-wire”. You may think that fly-by-wire means manual control of the aircraft’s flight surfaces using pulleys, cranks, tension cables, and even hydraulics during flight.

Instead, fly-by-wire means that the flight controls are a fully electronic system that uses electrical signals and electro-mechanical equipment to manipulate flight surfaces during flight. The F-16 was the first production aircraft to use fly-by-wire technology. To improve maneuverability, the F-16 was designed to be aerodynamically unstable, or relaxed static stability (RSS). To make the flight of this lightweight fighter aircraft more smooth, the F-16 has a flight control computer (FLCC) that manages the flight control system. The F-16 Flight Control System is an analog, quadruple-redundant computer system that takes the information the pilot creates with the stick and rudder controls and applies them smoothly to the aircraft’s elevators, ailerons, and rudder. The FLCC makes thousands of measurements per second to stabilize the aircraft without pilot interference. This enables the F-16 to be a very maneuverable, efficient aircraft.

Fly-by-wire for the F-16 was based on the knowledge gained when the system was used in Northrop’s B-49 “flying wing” and a Navy F-8 Crusader operated by NASA. The F-16 was not an easy sell to the Air Force when it was proposed and during the subsequent testing phase in the mid-1970s. After being introduced into service, the F-16 fly-by-wire technology became much more accepted by the Air Force, who saw the powerful and agile jet as a complement to their F-15. The great success the F-16 has experienced because of its fly-by-wire system has led to the technology being used in other production military aircraft and several varieties of commercial aircraft.

In the late 1980s, USAF introduced the Block 40 F-16. This version upgrade to the F-16 included numerous improvements to most major systems on the aircraft, including the flight control system. The FLCC was replaced with the DFLCC or Digital Flight Control Computer. This system greatly enhanced the overall reliability and effectiveness of the aircraft’s flight control system while mitigating several component obsolescence issues that were proving problematic with the analog FLCC. Today, the DFLCC is the standard for all new production F-16s.

Now you can download a great-looking infographic containing facts and figures of the F-16 Fighting Falcon. Download yours now by clicking here or the banner below.