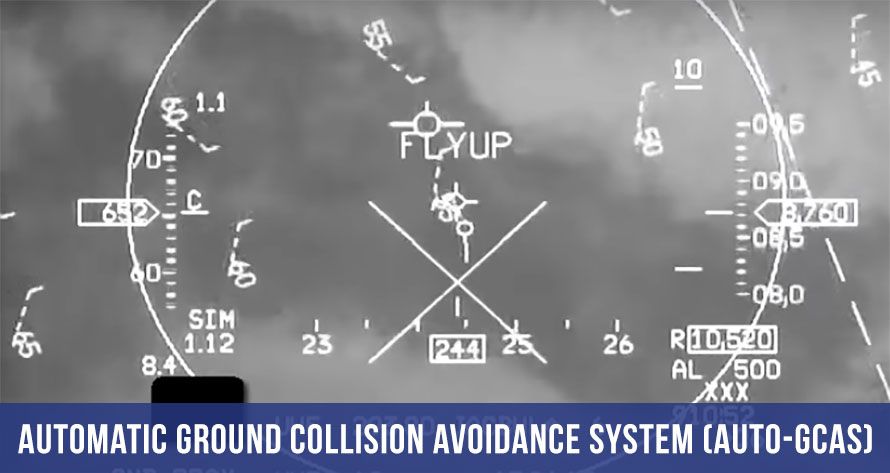 To maintain dominance in the world of air superiority, the F-16 Fighting Falcon was designed in the mid-1970s to win the U.S. Air Force Air Combat Fighter Competition. It did in fact win and In 1974 the Falcon was launched into service with the USAF. Over the next 40 years it has served over 25 different countries.

Though over the past four decades it has developed into a superior multi-role fighter, the F-16’s 4th Generation advancements continue to keep it as one of the world’s formidable air-to-air fighters. To be the most maneuverable air-to-air aircraft, engineers developed innovations like a reinforced airframe, a pilot’s seat that is declined 30 degrees, and a side mounted control stick, all designed to enable the aircraft to make 9G turns without damaging the aircraft and also to reduce the chance a pilot might blackout.

Still, pushing the limits in a highly maneuverable aircraft designed to handle high g-forces does not mean everything goes according to plan. It is called ‘pushing the envelope’ for a reason. Even with the best of training, a pilot can still find themselves in a deadly situation if they lose consciousness in the air.

In this video below you’ll witness an F-16 pilot with the USAF Arizona National Guard blackout during training while pulling a high-G maneuver. In just seconds the F-16 dramatically dives from 17,000 feet to 8,000 feet. Unable to recover himself, his aircraft’s Automatic Ground Collision Avoidance System (Auto-GCAS) automatically recognizes a problem and takes control of the aircraft, saving the pilot and aircraft from the impending crash in the process.

Military pilots push their jet fighters to the edge everyday in training so they are well prepared to defend our nation. We thank them and also the unspoken heroes, the engineers who developed technology like Auto-GCAS, so that these pilots can come back home after their training.

Today’s video is about how technology keeps a pilot safe while they are pushing the limits of themselves and their jets. Here’s to Friday, and to all those out there taking it to the edge to keep us FREE, we salute you! See all our Jet Friday posts.