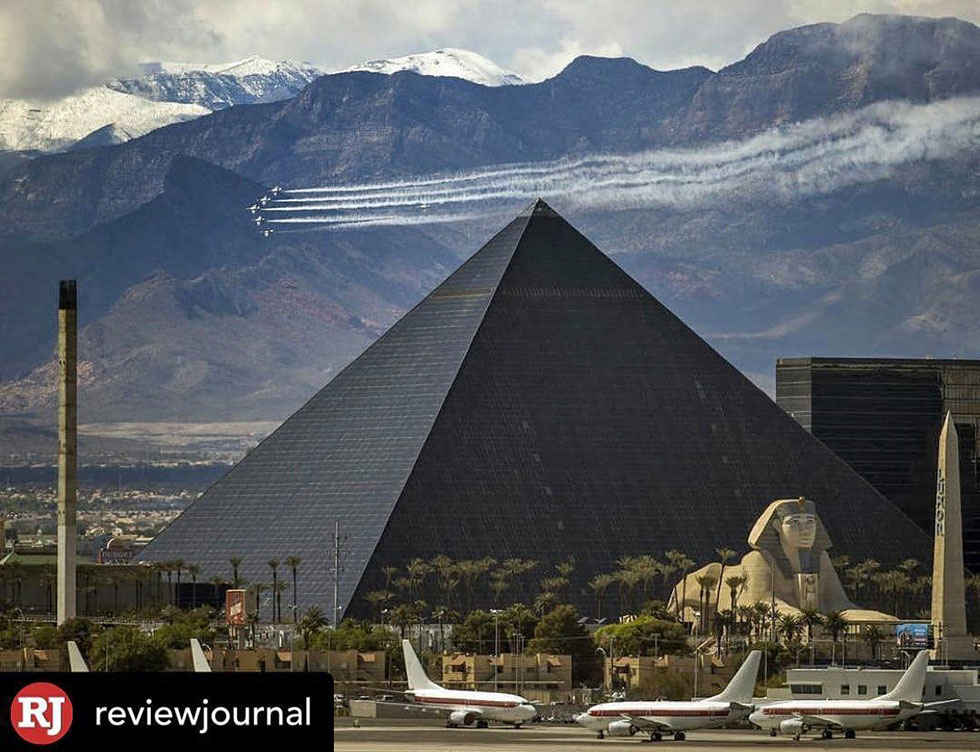 On Saturday, April 11, 2020, five of the six F-16 Viper aircraft of the United States Air Force Thunderbirds Air Demonstration Team honored Las Vegas’ healthcare workers and first responders fighting COVID-19. The flight also included two chase planes to provide additional footage of the flight. In a rare 25 minute flight directly over the city, the pilots flew a pattern that carried them over each of the 18 hospitals and medical facilities in the city. A normal air show consists of one to six F-16 Fighting Falcons. This flyover included just five because a sixth experienced a birdstrike shortly after taking off from Nellis Air Force Base.

Essential workers and hundreds of thousands of citizens participating in social distancing at home got to witness an excellent show of expertise flying across the many neighborhoods of Las Vegas. The Thunderbirds shared their planned flight path and flyover time across their social media accounts in advance so area communities could prepare to see the air show. Many Las Vegas residents shared their own photos and videos of the low passes from last Saturday.

Saturday, we flew over 18 hospitals and medical facilities in our home city of Las Vegas to honor the frontline medical personnel combatting #COVID19.#VegasGoesBlue pic.twitter.com/x79Y2vFAPF

We salute the healthcare workers and first responders who are at the forefront of our nation’s fight against COVID-19. They are an inspiration for the entire country during these challenging times and it was an honor to fly for them today. #VegasGoesBlue pic.twitter.com/eoXeSLIKAF

The Thunderbird Demonstration Team is stationed at nearby Nellis AFB. The Thunderbirds perform at air shows across the United States and around the world. They got their start in 1953 at Luke AFB in Arizona and moved Nellis AFB in Nevada in 1956. Flying the F-100C Super Sabre in 1956, the Thunderbirds were the world’s first supersonic aerial demonstration team.

Thunderbird thank you to healthcare heroes view from Chopper 13