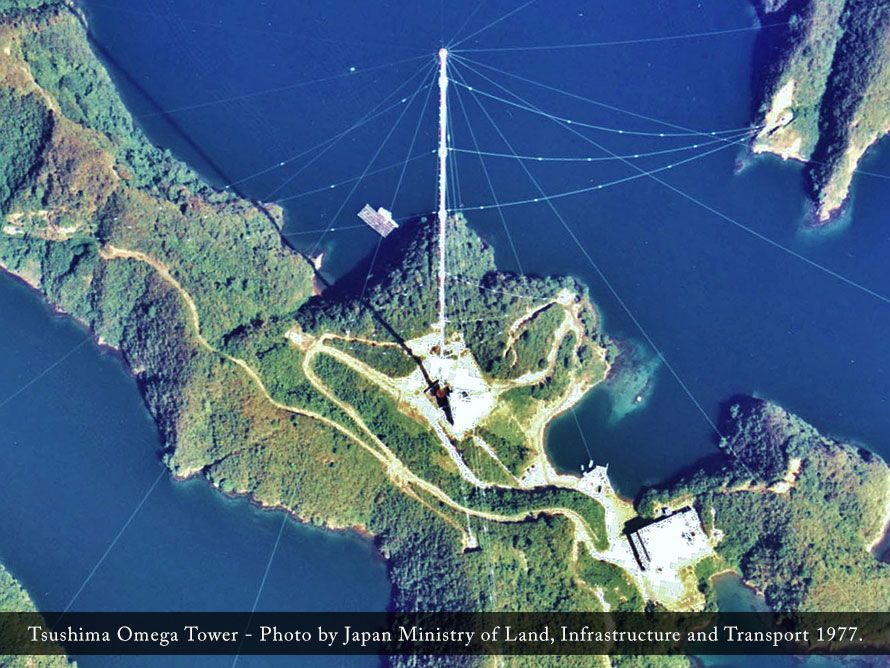 When driving your car in an unfamiliar area, you are very dependent on GPS or maps to help you get from point A to B. You also have the benefit of road signs, street addresses, and even stopping to ask someone where you are and how to get to your destination.

In the air or on the sea, stopping along the way to ask someone where you are isn’t practical. You can’t see the road signs at altitude, and on the ocean there are no landmarks to triangulate with a compass. For many centuries, sailors depended on roughly defined charts and celestial navigation to triangulate position.

In recent decades, navigation systems have included radio navigation, where radio frequencies were used to determine a position on earth. This is accomplished by measuring to and from electric beacons to identify bearing, range, and velocity. Following WWII, a radio navigation system called the Omega was established by the United States so that aircraft and ships would have a true global navigation system. A pilot or captain could determine their position by receiving very low frequency (VLF) radio signals [range of 10 to 14 kHz].

The Omega system was comprised of a network of eight stations throughout the world. Each station had a large antenna that transmitted a VLF signal that consisted of four unique musical tones. Once an aircraft or ship picked up the signals from three stations, it would acquire a fix and track the position on navigational charts. The Omega System had an accuracy of two to four miles. In 1997 the Omega System would be replaced with the more popular and very accurate Global Positioning System (GPS).
Video “The Omega Navigational System (1969)” describes it in more detail

The system onboard an E-3 that received the signal was the AN/ARN-120 Omega Navigation System. After the ARN-120 received the signal for velocity and heading information, the OR-145/A Receiver/computer Group would process the VLF Omega signals to determine accurate positional information. This information was then shifted into an external control indicator panel for display.

Pictured below is the OR-145/A Receiver/Computer of the AN/ARN-120 from a Boeing E-3 Sentry, commonly known as the AWACS. The E-3 provides surveillance, command, control, and communications in all-weather conditions. This aircraft, with its distinctive rotating radar dome that rises above the fuselage, functions as a command and control center for battlefield management. Still utilized in the E-3, the OR-145/A Receiver-computer Group, upon receiving signals, transmits changes or corrections in position, speed, power output of operating equipment, interfacing with inertial navigation and guidance systems such as the automatic pilot system of the E-3, or for a mounted gun in other platforms. The OR-145/A usually consists of a synchro generator, a control transformer, amplifying device, a servo motor, and other devices required to perform its automatic functions.

The OR-145/A is one of many mission critical components of the E-3 Sentry that requires nuclear hardening. The E-3 must be able to operate in nuclear weapon environments. Its mission requires the aircraft survive through nuclear radiation, the electromagnetic pulse (EMP), thermal radiation, and air blast.

Duotech supports many electro-mechanical devices, including avionic and radar systems, of the E-3 Sentry. DSI repaired this nonfunctioning OR-145/A system and returned the critical system to full service to the customer.

Duotech can extend the life of the E-3 Sentry’s electronics, providing high quality services to our customers within the budgeted schedule and cost. Duotech is AS9100C certified and is an Air Force qualified repair depot.