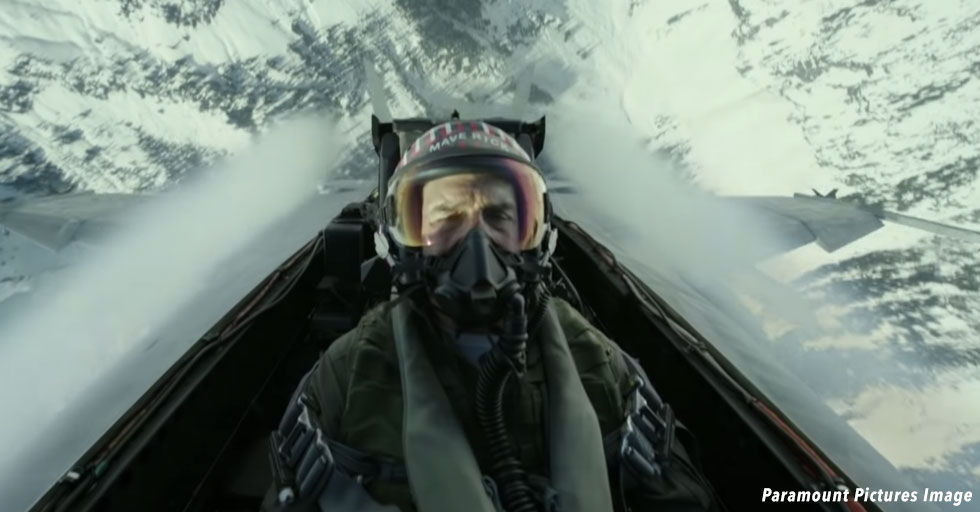 After 34 years, Top Gun is returning to the big screen. Things have changed quite a bit since Maverick was being launched off the USS Enterprise in his F-14 Tomcat. Instead of the Enterprise, this time the aircraft carrier is the USS Abraham Lincoln. When he returns to Top Gun, officially known as the U.S. Navy Fighter Weapons School, this time he is not the hotshot aviator in training, but is an instructor.

The action footage in the original movie was great for its time period. Millions were mesmerized by the aerial combat when Maverick would “hit the brakes and he’ll fly right by.” Because the Navy charged $7,800 an hour, Top Gun directors had limited time flying in the F-14 Tomcat to film flying footage. Because of this much of the footage was used over and over to create the aerial combat sequences in 1986. With today’s special effects, the aviation shots in this sequel are outstanding. But for the flying footage, as the video shows below, there is more of it and Tom Cruise seems to be right in the cockpit – because he is.

How is this done? The two-seater F/A-18F is used for training. The less experienced pilot is seated upfront and the training officer sits in the rear seat with controls also in case they need to take over. For movie filming, put the experienced naval aviator in the front to fly and position Maverick in the rear seat so that it looks like a single-seater. Then position six IMAX-quality cameras inside the cockpit and you have the ability to film Tom Cruise like he is really operating the controls.

If you want to see it for yourself, watch the video below. You won’t be disappointed. If you enjoy this video, please share our page with your friends and colleagues. If you like jet-powered aircraft then check out all our many other #JetFriday posts.