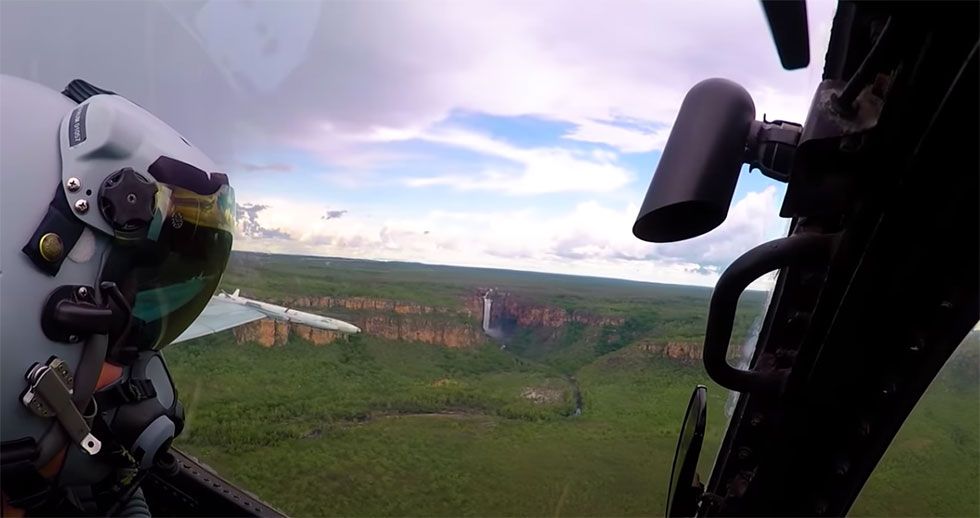 Each year the U.S. Navy celebrates the expeditionary flights of the Navy’s Pacific Fleet strike-fighter community in an event called the Hornet Ball. To demonstrate the achievements of the pilots and their aircraft, the F/A-18 Hornet, the Navy shares a compilation video that features the five Carrier Air Wings and twenty-one F/A-18 squadrons associated with the Pacific. The video is first aired at the Hornet Ball event and exhibits the F-18s in flight during both combat and training exercises all across the Pacific.

The Royal Australian Air Force has also flown the Hornet since 1984. Like the U.S. Navy, the Australians hold an annual Hornet Ball event, which features a compilation video. The video below is a compilation of cockpit footage that was shot between 2017-2020. It was first aired during the Australian Hornet Ball in Sydney in December 2019. In the video, you’ll see highlight footage from air-to-air combat and close air support training, as well as formation flying across some of the most beautiful landscapes in Australia.