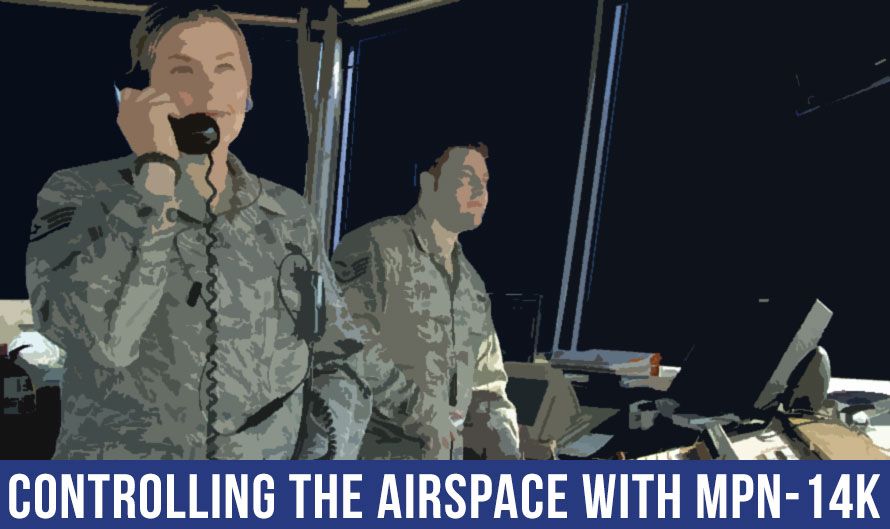 It’s 0247 in the morning at Shindand Air Base in western Afghanistan. An air traffic controlman (ATC) with the Air National Guard sits in a mobile control tower, observing five blips spread out on his radar screen. Two blips near the edge of his screen are moving northwest toward the airbase. As they approach his area of responsibility, the flight is handed off to him from another controller and he makes contact with the flight leader, giving instructions for heading and altitude and guiding the aircraft around an area of the nearby city of Sabzwar, known for small arms fire at low altitude aircraft. His screen identifies the flight as a pair of F-16 Fighting Falcons.

The Guardsman also has two blips to the northeast, two AH-64 Apaches returning from a covering force mission, escorting a convoy of trucks. Finally, eleven miles to east, a C-130 Hercules from Bagram is on its final approach to Shindand. Before the sun rises, the ATC will have supported the missions of twenty different fixed wing and rotary aircraft in and out of the airbase, safely guiding them throughout his airspace responsibility.

Like any airport, a military air base depends on radar systems to track aircraft and identify their intent, pinpoint their exact locations, and provide them landing and takeoff instructions. But often at Forward Air Bases where the U.S. Military manages flight operations, these details are supplied to the control tower by a mobile radar system like the AN/MPN-14. This mobile ground approach system can be configured as a complete Radar Approach Control (RAPCON) or Ground Control Approach (GCA) facility.

Under any weather condition, the AN/MPN-14 provides the Air Traffic Controller crucial information to identify and separate aircraft and provide them final approach guidance through air defense corridors and zones. It also enables the ATC to alert local air defenses for the air base with the incoming aircraft’s identification and intent.

The mobile radar system consists of an equipment trailer where all of the radar electronics are located. There is also a maintenance trailer comprised of workbench, the systems’ AC/Heat capabilities, and UHF/VHF radios for network communication. A final RAPCON Trailer contains ASR and PAR displays and controls. The primary radar provides a 60-mile Airport Surveillance Radar (ASR) and a 10-mile Precision Approach Radar (PAR). A secondary radar supplies the mobile system with a 200-mile Identification Friend or Foe (IFF) capability.

For visual control of the field, the airfield air traffic controllers have a mobile tower for forward air bases. The ATCs for RADAR operate out of the RADAR/RAPCON trailer (part of the AN/MPN-14 or AN/TPN-19). The RADAR information would be sent to the control tower with appropriate equipment.

Another Air Force Mobile Radar System comparable to the AN/MPN-14 is the AN/TPN-19 Landing Control Center. This Precision Approach Radar is also used to assist pilots with approach and landing at nearby runways, while the Airport Surveillance Radar uses identify friend or foe technology to track aircraft. Data from the radar is monitored by air traffic controllers working in the operations shelter. RF amplifier from the ASR transmitter of the AN/MPN-14

The MPN-14 was introduced in the late 1950’s. The TPN-19 was developed and deployed in the early 1970’s. Both of these aging system’s electronics are maintained by Duotech Services. Pictured here is an RF amplifier from the ASR transmitter of the AN/MPN-14.

Duotech provides repair services of electronic components for a variety of radar and avionics systems. DSI has extensive test and repair capabilities for the AN/MPN-14 and AN/TPN-19 components, along with several other ground radar systems designed for defense purposes.

Duotech is a qualified FAA Repair Station and maintains AS9100C and ISO 9001 certifications with the scope of repair, design, production (including CNC machining and laser cutting), testing and overhaul Services for electronic and electro-mechanical equipment for military and commercial applications.