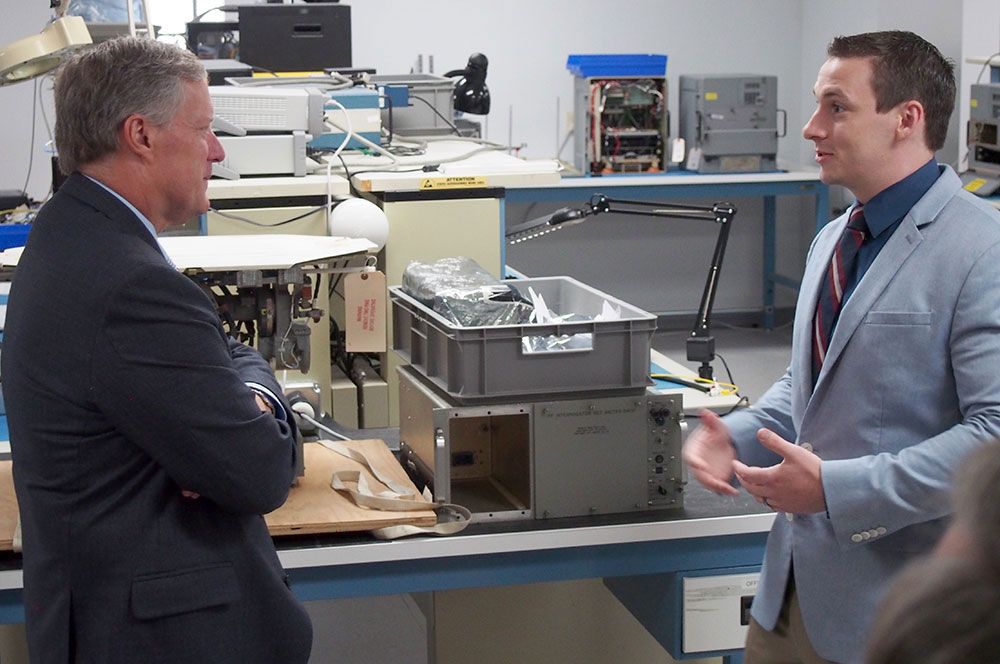 Providing Congressman Meadows a brief history of Duotech, Dan Rogers, DSI President, stated that Duotech has been located in Franklin since 1987 and is rapidly growing. Mr. Rogers also explained that the current facility’s 35,000 square foot footprint has expanded many times the past 28 years to accommodate the growth over those years.

While touring DSI engineering, repair, and machine shop work areas, the Congressman received a personal, in-depth experience on how Duotech supports aerospace and defense industries around the world. Leading the tour, Brett Rogers, DSI Vice President, discussed the expansion of the company and briefly described some of the large current projects that are enabling the company to rapidly expand over recent years. He further elaborated on how DSI expects to expand further due to a rapidly growing international demand for Duotech’s specialized engineering capabilities, which currently reaches over 25 foreign nations around the world. Rich Peoples, a Mechanical Engineer at Duotech, demonstrates the unique capabilities of the GR 510 Gantry Router

Congressman Meadows also enjoyed an overview of the Machining and Fabrication facility. This state-of-the-art lab is equipped to facilitate rapid, effective design, prototyping, and production of a wide variety of components, from control knobs to radar arrays. In this photo, Rich Peoples, a Mechanical Engineer at Duotech, demonstrates the unique capabilities of the GR 510 Gantry Router.

About Duotech Services
Duotech is an aerospace and defense company located in Franklin, NC. DUOTECH is a Requirements Driven Company structured to solve the engineering, reverse engineering, repair and re-manufacturing problems of military and civilian agencies, as well as aerospace and commercial users of electronic and electromechanical equipment. DuotechServices.com