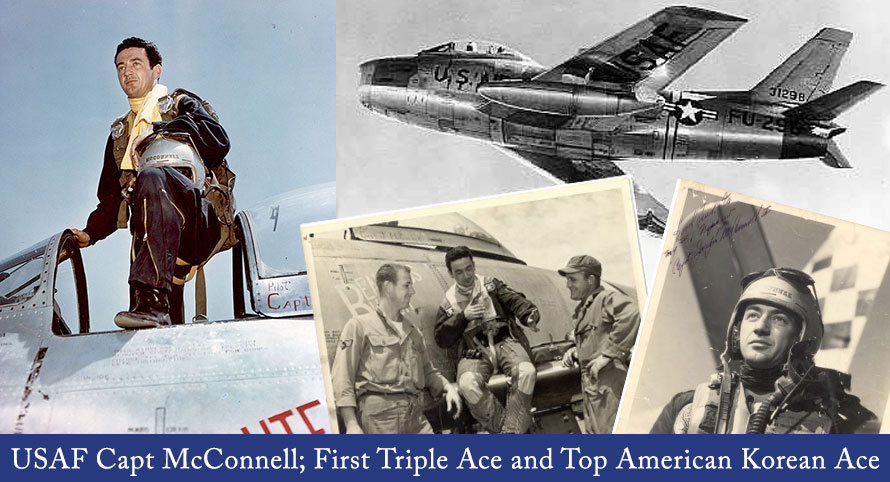 During the Korean War, there were battles named for their locations, like Osan, Inchon, Kapyong, and Changjin (Chosin) Reservoir. United Nations (UN) forces fought beside Republic of Korea troops to push the North Korean Army back into North Korea and stop communism from taking over the Korean Penninsula. The UN forces took back Inchon and routed the North Korean Army following a daring amphibious raid behind enemy lines. The North Koreans were pushed far back into the North. The war seemed all but over in late October 1950, and McArthur made a promise that everyone would be home by Christmas of 1950.

Then with the entry of the Chinese People’s Volunteers Army, the United Nations troops were once again pressed back into South Korea where the communist north captured Seoul. In a war that seemed almost over in November of 1950, the battles would rage back-and-forth for another three years when it would end in a stalemate in 1953 with the border drawn close to where it was before the North invaded the South, now known as the 38th parallel north.

While the war raged back and forth on the ground, the battle to control the air was fought early on between the United States Air Force F-80s and F-84s and the North Korean MiG-15s. For a while, the USAF held air superiority. Soon, Chinese and experienced Russian pilots began to get involved and that turned the tide in the MiG’s favor. Then, in December of 1950, America’s newest fighter, the F-86 Sabre, would balance out the fight. Until the end of the war, the F-86 claimed many aerial victories against the Mikoyan-Gurevich MiG-15 (NATO reporting name Fagot).

Some of America’s best pilots flew their Sabres to the edge of the envelope during the Korean War. John Glenn, a U.S. Marine Corps F-86 pilot, future astronaut, and U.S. Senator shot down three MiG-15 during his service in Korea. Another future astronaut, 1st Lt. Edwin E. “Buzz” Aldrin was credited with two MiGs. Major John W. Mitchell, who led the mission that shot down Admiral Yamamoto’s aircraft and killing him during WWII, contributed to the downing of four MiG-15s during the Korean War.

In an air battle where Americans could claim high kill ration of 10:1, many pilots became Aces and were treated like heroes by the press back in the United States. An Ace is a pilot who has shot down five or more aircraft. Forty of the United Nations pilots would become aces and all of those would be American. Thirty-nine of them would become aces while flying the F-86 Sabre. The one Ace not in an F-86 would be the U.S. Navy’s one ace pilot, Lieutenant Guy Bordelon who flew an F4U Corsair night fighter, in which he shot down five enemy aircraft. Along with Bordelon, the only other non-Air Force pilot would be the U.S. Marine Corps’ Lt. Colonel John F. Bolt, who also piloted an F-86 Sabre.

America’s first jet ace was Major James Jabara of the U.S. Air Force. He scored his first victory on April 3, 1951, and on May 20th had scored both his 5th and 6th. Against his wishes, he would be sent back to the United States until returning to Korea in January of 1953. Once he was back into the air battle it would take only until July for him to shoot down nine more MiG-15s for a total of 15, making him a triple ace. He would not be the first triple ace in Korea nor would he end with the most kills. That recognition would go to another USAF F-86 pilot.

Pilots were obsessed with hunting and shooting down MiGs. They would disobey orders that stated not to fly across the border into China to hunt down MiGs. They would push their limits often to the point of putting themselves into dangerous odds against multiple MiGs. They would leave formations or their wingman and make themselves vulnerable to lure out MiGs to fight. They would even get so fixated on shooting down as many enemy aircraft that they would actually fire upon their own fellow pilots. Some were even responsible for actually shooting down other American F-86. For instance, Major James Jabara, who finished with 15 kills which put him in second, was actually responsible for shooting down an F-86 flown by Lieutenant Dick Frailey who continually warned Jabara that he was targeting and shooting at him. Frailey would have to ditch his badly damaged aircraft into the sea but was rescued shortly afterward.

Many pilots suffered from what they call “MiG Madness.” The combination of this madness and the aggressiveness of many pilots created an obsession over building up their MiG tallies. The pilots would ‘worked themselves into a frenzy’ when they saw another aircraft in the air. This would lead them to see what they wanted to see, a MiG when it was obviously a Sabre, while in the heat of the moment.

Captain Joseph McConnell, Jr. scored his first victory on January 14, 1953. In just over a month he would become an ace with his fifth MiG-15 kill. On the day he shot his eighth MiG his aircraft was hit by the enemy and he had to bail out over the Yellow Sea to avoid capture. He would be rescued within minutes from the freezing water. The very next day he would go back up and shoot down his ninth MiG.

April 12, 1953, would be a busy day of aerial battle. This day would find McConnell facing off with one of Russia’s best aces, Semyon Fedorets, a Soviet Air Force pilot who would himself acquire 7 kills during the war. This engagement saw Fedorets engage a few F-86 that were escorting a flight of F-84 Thunderjets. As Fedoret’s plane fired and downed one Sabre, McConnell’s flight moved in to attack.

McConnell first overshot Fedoret’s plane but quickly went to engage his flaps to slow down and get behind Fedoret to shoot. Fedoret saw what McConnell was attempting to do and pulled sharply to the left to escape while firing a quick burst at McConnell. One round from that short burst found its mark, creating a large hole near the wing on McConnell’s aircraft. As Fedoret continued left he saw the wounded plane roll right, expecting that it was out of the fight. Unbeknownst to Fedoret, McConnell barrel rolled over and fell back in behind Fedoret’s plane, fired a burst which immediately put Fedoret’s aircraft out of commission, smoking, dashboard destroyed, and his MiG going down. Fedoret bailed out at 36,000 feet while McConnell maneuvered his crippled Sabre toward the sea, heavy smoke trailing him the entire way. McConnell would bail out over the water but he would be quickly plucked out of the sea to soon take the fight to the enemy again. This Day in Aviation 12 April 1953

McConnell would become a double ace by the end of April 1953 by shooting down his 10th MiG-15. On the 18th of May in 1953, McConnell would be involved in a morning air battle where he shot down two MiGs, marking his 14th and 15th, and making him the first triple ace. That afternoon in yet another aerial fight he shot down his final MiG putting his number at 16 MiG-15s destroyed. He was immediately ordered to return to the United States following his 16th MiG.

With 16 MiGs credited as destroyed by Capt. Joseph McConnell Jr., this would earn him the title as Top American Ace of the Korean War. For his actions and heroism during the war, McConnell would be decorated with the Distinguish Service Cross. The DSC would be awarded after McConnell and his wingman sighted a flight of 28 MiG-15s and promptly engaged them. Through the melee and confusion that ensued, McConnell destroyed two and damaged one Mig-15s before he and his wingman escaped to the south. He would also be awarded the Silver Star, Distinguished Flying Cross, and the Air Medal with three bronze oak leaf clusters.

Following the war, as many pilots who loved to push their aircraft to the very edge, McConnell went on to be a test pilot. Unfortunately, he would die in a crash while flight testing the F-86H. He would be memorialized by Hollywood in a movie called The McConnell Story. The crash would claim his life before the movie production was finished.

If you want to watch a great video documenting when Yeager broke the sound barrier, we have embedded it below. If you enjoy this video, please share our page with your friends and colleagues. If you like jet-powered aircraft then check out all our many other #JetFriday posts.