Jet Friday: Tales of the SR-71 from a Blackbird Pilot 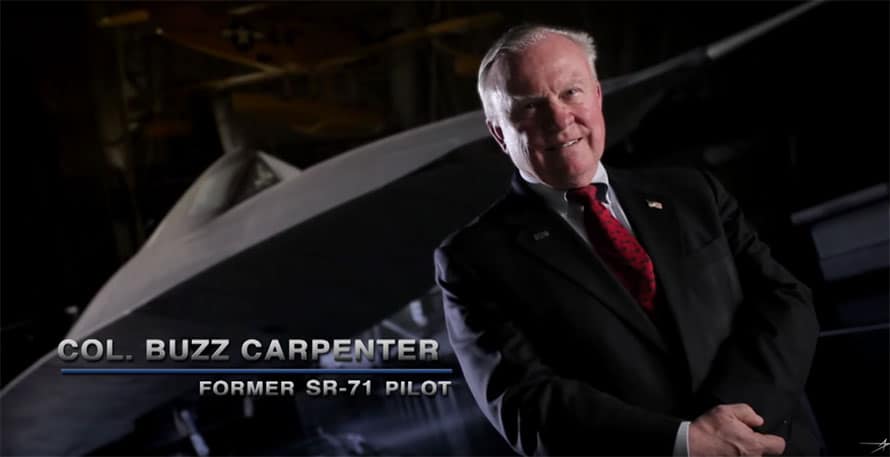 As a reconnaissance plane that flew missions during the Cold War across foreign lands like Russia to find out just what they were up to, a pilot needed something that flew high and flew fast. With the ability to cruise at +2,200 MPH in excess of 80,000 ft, the SR-71 easily fulfilled that mission. When it needed to, the Blackbird could kick it up a notch to Mach 3 and fly away from a threat.

This strategic reconnaissance aircraft was introduced to the U.S. Air Force in 1966 but was retired in 1998. There were only 32 built at a cost of $34 million each. Of those 32, 12 were lost by accident and not one by enemy action.

In the following video, Buzz Carpenter, a former pilot of the SR-71, shares a few facts and recalls stories of his time around the Blackbird. One that he shares is that the faster you flew the less fuel you actually burned. So, it was most efficient when it was at +50,000 feet and going at Mach 2+. When its engines were fired up it seemed the whole airbase could hear it. There were times during the Cold War that pilots were tasked with flying over a foreign country just to let the heads-of-state hear the loud sonic boom. He’ll explain all of this more in the video below. For now, sit back and enjoy the ride. When you are done, also check out our other SR-71 articles: Black(bird) Friday…the SR-71 Blackbird Has Jet Friday Going Mach 3! and Jet Friday: Request a Speed Check – Blackbird SR-71.