Enter the Stingray – the Evolution of the Carrier Based Bomber? 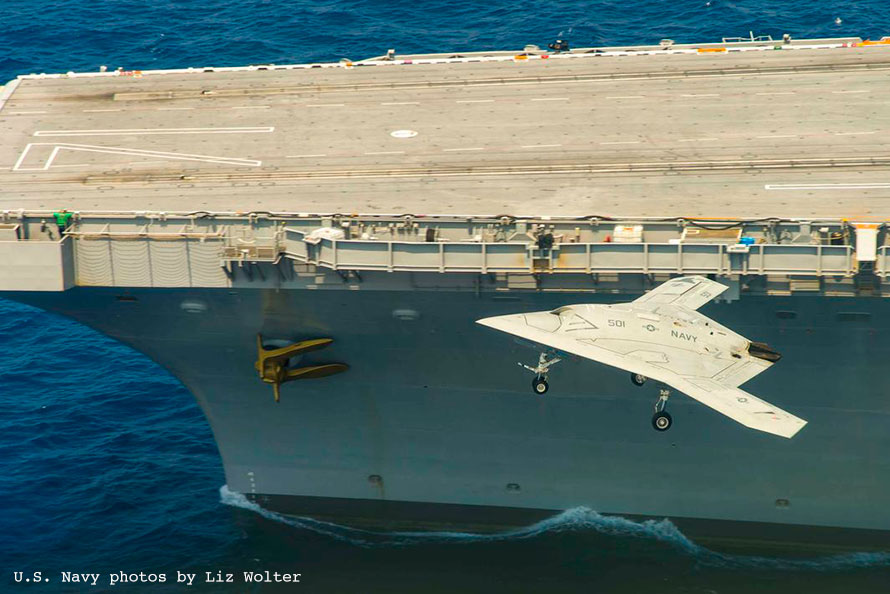 The US Navy desires a carrier based unmanned combat refueler system and it looks like the Stingray will answer the call. The MQ-25 Stingray is an unmanned carrier aviation air system (UCAAS). The successful launch of the first unmanned plane on an aircraft carrier took place May 14, 2013 aboard the USS. George H.W. Bush. Proving that UCAAS is a possibility, the U.S. Navy wants the Stingray to develop into first and foremost a refueling tanker that may later have reconnaissance missions and some limited strike capability.

Carrier-based all weather attack aircraft have changed over the past several decades. Typical bombers looked like the early Douglas A-1 Skyraider, a single-seat, long-range, dive/torpedo bomber. The Skyraider was retired by its replacement, the Grumman A-6 Intruder (1963-97), an all weather medium attack aircraft. With the addition of the Low Altitude Navigation and Targeting Infrared for Night (LANTIRN) pod system on the Grumman F-14 in the 1990’s, the Tomcat would supplant the A-6 as the premiere precision ground attack carrier-based platform. As technology continued to advance, even the F-14 would be displaced in 2006 by the Navy’s current F/A-18E/F Super Hornet.

You might think the next step in long range bombers would be the Stingray, an unmanned aircraft with long-range bomber capability, heavily armed and operating from a U.S. Carrier that is far out-of-reach of ship killing missiles. That is not the Navy’s current intention. As this article in Popular Mechanics implies, the U.S. Navy is not interested in building a fleet of unmanned bombers. Instead, a carrier group would carry ten additional aircraft, the Stingrays, to refuel manned fighter and bombers, extending the range of the current F-18 and future F-35 aircraft.