It’s summertime in 1928 just outside of Superior, Wisconsin. An 8-year old farm boy marvels at a small plane flying over his family farm. Each day the plane goes about its way to deliver mail to then President Calvin Coolidge’s summer White House. The boy is Richard Bong and he may have been staring upward, but his head was already in the clouds. From that early age, he knew that he wanted to be a pilot. He became more than just a pilot. He would become the United States Ace of Aces.

He was an all-around good student in high school, graduating 18th in his class of 428, and playing three sports – baseball, basketball, and hockey. While he attended Superior State Teachers College, he began Civilian Pilot training. He earned his private pilot license in a Piper J-3 Cub and after two and a half years of college, he enlisted in the Army Air Corps Aviation Cadet Program in 1941.

His ability to become an expert pilot was evident early in his training. After his initial flight training and testing, he was sent to advanced single-engine pilot training. He would be flying an AT-6 Texan and his gunnery instructor remarked on how bright and talented a pilot Bong was, even commenting that he was the ‘finest natural pilot he ever met’. The P-38 training pilot stated that he was never able to prevent Bong from getting around on his tail, even though Bong flew the much slower AT-6. 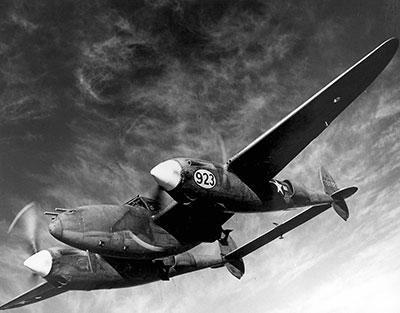 After being assigned to fly the P-38 Lightning, he was assigned to Hamilton Field in San Francisco for aerial combat training. While there, Bong flew what was called “looping the loop” where he circled the center span of the Golden Gate Bridge. He also flew his aircraft very low down Market Street in San Francisco and in Oakland he blew a woman’s wash off of her clothes lines. This earned him a visit to the commanding general of the Fourth Air Force, Major General George Kenney’s office where he was berated by Kenney for his stunts. Kenney ordered Bong to the lady’s house to hang her laundry, mow her grass, and then bring in the dried laundry.

Though very mad at Bong for the outrageous stunts, Kenney would state: “If you didn’t want to loop around that bridge or fly down Market Street, I wouldn’t have you in my Air Force,” Kenney told Bong, “but you are not going to do it anymore.”

Though Major General Kenney needed to scare Bong straight he did like his flying skills. He would make a mental note to bring this highly skilled fighter pilot with him once Kenney received his command assignment overseas.

Bong would join 50 other P-38 pilots in the Pacific with 9th Fighter Squadron of the Fifth Air Force, which would be commanded by Major General Kenney. On December 27, 1942, while temporarily assigned to 39th fighter group until the 39ths P-38s arrived, Bong would score his first two victories. One was a Val bomber and the other a Zero fighter. On January 8th he would become an “ace”.

During his time fighting in the Pacific theater of World War II, he would be credited with 40 victories (and 7 probable victories), including eight or more Zeros and 11 Oscars. He would become a ‘Double Ace’ (10 kills) on April 14, 1943. On July 26, 1943, he would have his largest single day victory count when he downed four fighters. His second most would be on April 12 of that same year when he downed three aircraft, surpassing WWI Ace of Aces US Pilot Rickenbacker’s record of 26. Rickenbacker would send a message congratulating Bong for breaking his record.

On December 16, 1944, Richard Bong scored his 40th win and was grounded by General Kenney and sent home as America’s Ace of Aces. During his time in the Pacific, he flew 200 combat missions and over 500 combat hours. He would spend months traveling around the United States on War Bond tours.

Bong would be presented the Medal of Honor by General MacArthur. Along with this award, Bong would also receive the Distinguished Service Cross, Silver Star (2 awards), Distinguished Flying Cross (7 awards), and Air Medal (15 awards). 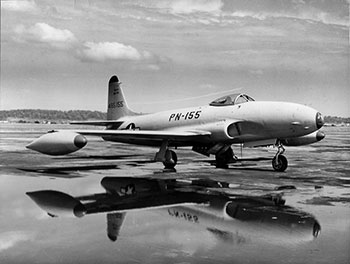 Following his War Bonds tour, he married his fiance Marge on February 10, 1945. Following their honeymoon, he began as a test pilot flying the new P-80 Shooting Star, which would become America’s first operationally used jet fighter. On August 6, 1945, the same day the Enola Gay dropped the bomb on Hiroshima, Richard Bong died when his P-80 crashed. He had flown it eleven times over that summer but on this occasion, just after take-off, a fuel pump malfunction occurred. Though he bailed out of the aircraft, he was too close to the ground for his parachute to deploy properly.

When he died he was one month away from his 25th birthday. He has been memorialized in his home state of Wisconsin in many ways. An airport in Superior is named Richard I. Bong Airport. A memorial room is dedicated to him at Poplar High School. In the southern part of Wisconsin, there is the Richard Bong State Recreation Area. His widow, Marge Bong Drucker, established the Richard I. Bong Memorial Center, a veterans historical center located in Superior, Wisconsin. The center contains many different exhibits, but the main area includes information about Bong’s life and a full size restored P-38 Lightning in an immersive South Pacific setting. On the center’s website you can enjoy a virtual cockpit tour of the P-38. 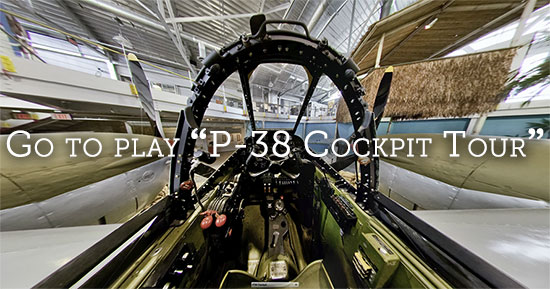