What Does an Aircraft Pinger Tester do? 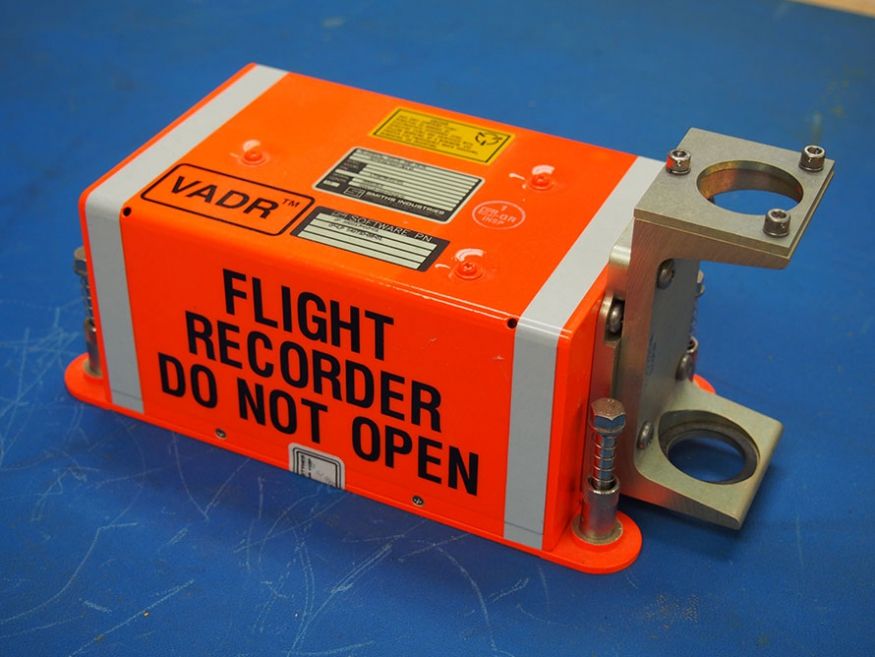 The black box, as it is commonly referred to by the media, is the flight recorder of an airplane or helicopter. Aviation experts designate these black boxes as electronic flight data recorders.

The unit consists of the flight data recorder (FDR) and a cockpit voice recorder (CVR). The flight data recorder keeps a record of the flight operations of the aircraft. The cockpit voice recorder maintains a record of the pilot, co-pilot and crew, their interaction with others within the cockpit, and communications with other aircraft and the controller. This is accomplished by monitoring the information across the pilot’s microphone, earphones, and a microphone mounted in the ceiling that records the area inside the cockpit.

The black box is not actually black, or necessarily a box. Both the flight data recorder and the cockpit voice recorder may be together in one unit, or two separate units, that are painted a bright orange or similarly recognizable color that aids in discovery during an accident investigation. These units must be able to withstand severe conditions and abuse associated with an aircraft crash. Whether separated or in one package, the flight data recorder and cockpit voice recorder will have a pinger, or Underwater Locator Beacon (ULB) connected to each of the units. The photo above shows a flight recorder without its Dukane ULB, which would sit within the empty mount visible in the photo.

The ULB helps search officials locate the digital flight data recorder following an accident involving water. The pinger can operate underwater at a depth of 20,000 ft. Once the sensor on the ULB touches water, it activates and can send out a ping signal for up to 30 days until the battery dies.

What Does an Aircraft Pinger Tester do?

It is important to test the underwater locator beacon of the flight data recorder, or black box pinger, to make sure it will function properly if an emergency arises. To test an aircraft’s black box pinger, one would use an Aircraft Pinger Tester. A pinger test unit from Duotech is shown in the picture below.

This aircraft pinger test set (PN: 3530300 NSN: 4920-01-515-8505) by Duotech, is a small, portable, battery operated tester for checking the battery condition and functionality of both the Dukane and Benthos pingers. The battery condition of the Underwater Locator Beacon is indicated by the illumination of LED lamps. The pinger operation is indicated by an illuminated LED lamp and by an audible tone.

The data stored on the FDR and CVR indicating what actions were taken, or what was being discussed in the cockpit leading up to an incident, is invaluable. In order to locate these devices quickly and subsequently locate the downed aircraft under a large body of water means owners of the aircraft need to know the Underwater Locator Beacon is function properly. The pinger tester ensures the beacon is operational or needs to be repaired. 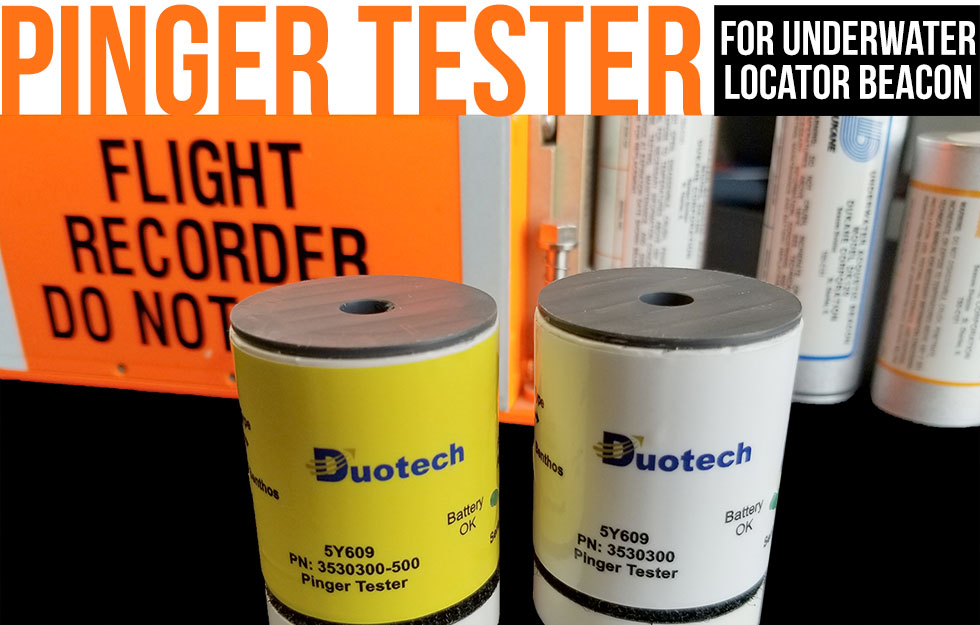