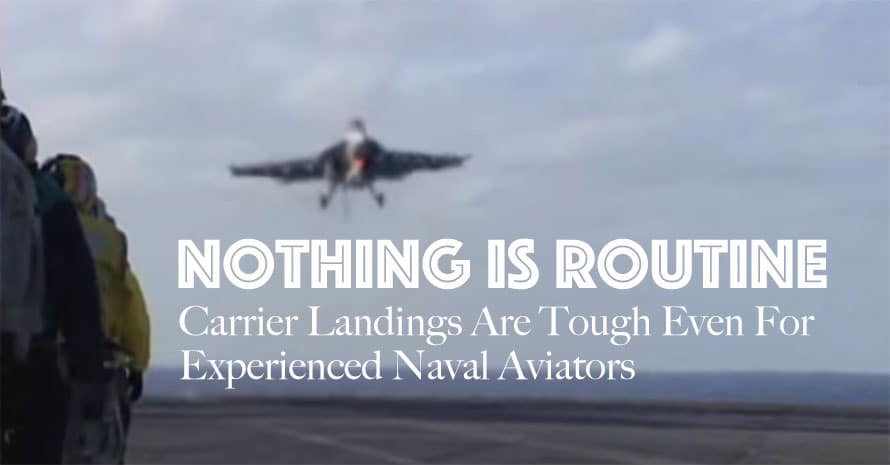 How hard is it to negotiate a carrier landing? It’s a precision dance between pilot, plane, and ship that takes lots of practice. As a pilot approaches the deck, they must make many minor adjustments to get the aircraft in line with a constantly moving target. Not only is the aircraft being manipulated by fluctuations in the atmosphere and the pilot, but so is that flight deck that they are speeding toward. 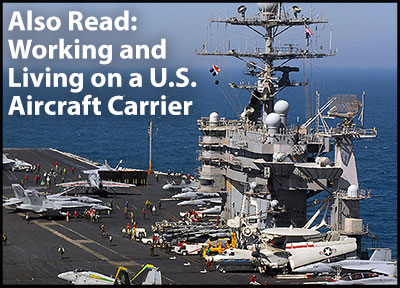 Also read: Working and Living on a U.S. Aircraft Carrier

Landing an aircraft on a carrier is considered the hardest task in aviation. A pilot in the United States Navy and Marine Corps who wants to become a naval aviator must first spend countless hours practicing this difficult landing on both land and in simulators. Before that naval aviator can perform the first landing on the ship, they must go through the Landing Signal Officer (LSO). The pilot gets evaluated over and over by an LSO. You don’t just graduate college, go to flight school, and then head out to the ship to take part in launch and recovery operations. No, you don’t make that trip until that LSO decides you are proficient enough not to wreck the plane into the back of the boat or skip across the flight deck into the tower.

Also read: Working and Living on a U.S. Aircraft Carrier

Naval aviators are set apart from all other pilots because of these carrier landings. On land, a pilot may have up to 10000 feet to land. On a carrier, they have less than 300. An aircraft will typically hit the deck at 150 mph, expecting to trap one of three arresting cables to get stopped before the end of the flight deck. Even highly experienced pilots are respectfully nervous of the carrier landing – and that keeps them alive.

As you see in the three following videos, the pitching and yawing of the ship caused by rough seas, the unexpected behaviors of a highly sophisticated aircraft, and pilot nerves causing over corrections can make a very dangerous situation seem almost impossible. But the Navy and Marine Corps do it regularly, day and night, demonstrating to the world who is best.

The Intricate Skill That Goes Into Landing a Fighter Jet