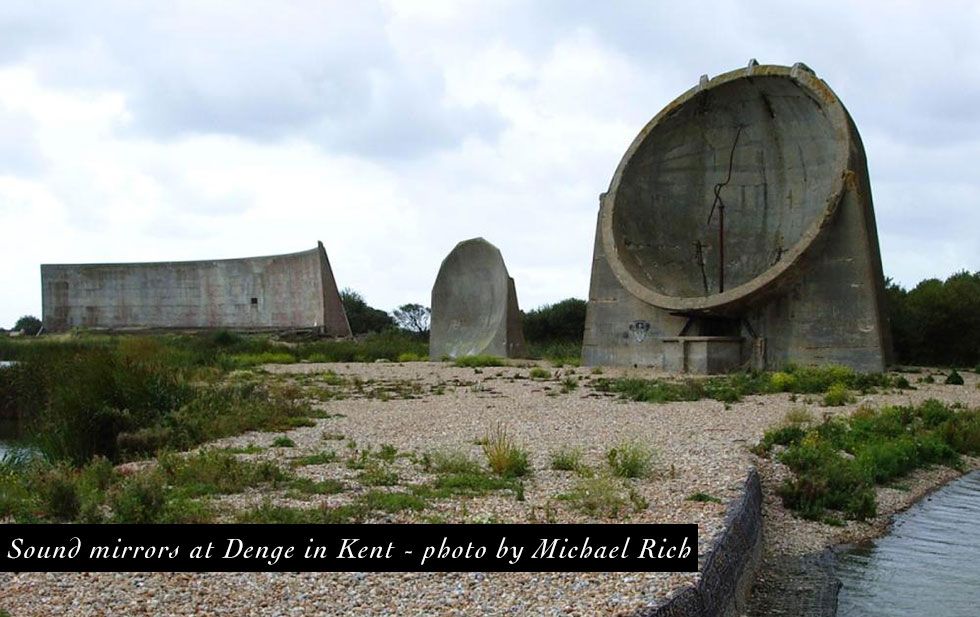 During World War I, wartime aircraft started out simply as reconnaissance platforms, flying over and behind enemy lines to relay troop movements. As the war progressed, pilots would eventually carry weapons on their aircraft. This required them to fly further to attack targets of opportunity and defend themselves.

As aircraft became more powerful, gained longer ranges, and weapons payloads increased, Germany would begin to attack Great Britain directly by crossing the English Channel. The Luftwaffe would send seaplanes, bombers, and zeppelins across to bomb its primary target, London, and try to break the will to fight of the English citizens. Beginning on December 24, 1914, until its last futile attack on London on August 19, 1918, Germany’s raids would lead to 1,394 deaths and 3,349 injured and estimated material damage of $3,684,435.50 USD at the time (£2.9 million). The Germans failed to break the morale of British citizens and actually motivated them to conduct their own air attacks in Germany.

Casualties and damage could have been much worse if more German bombardments had reached their destination. With some unique air defense tools, the British were able to provide their air artillery units 15 minutes to prepare. At that time, RADAR did not exist and the only way to detect an approaching aircraft was to hear it. To locate the aircraft from a far enough distance out, the British would build listening posts stationed all along the coastline facing the English Channel. 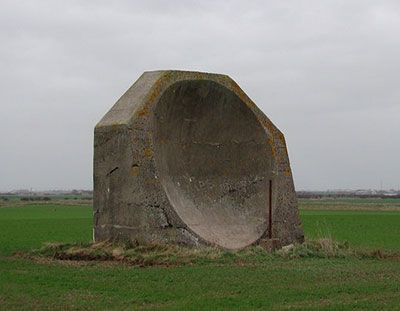 4.5-metre-high (14 ft 9 in) WW1 concrete acoustic mirror near Kilnsea Grange, East Yorkshire, UK. The pipe which held the “collector head” (microphone) can be seen in front of the structure

Acoustic mirrors are passive, large dome-shaped concrete structures that detect incoming aircraft by the sound of their engines. These bowl-shaped structures funnel the sound waves into the center, amplifying it, and then reflecting it back to an acoustic microphone stationed in the front. The first one of these “listening ears” was constructed in 1916 and they continued to be developed until the 1930s. The final mirror was built in 1930 and was huge. At 197 feet long and 26 ft high, it provided a 20-mile detection range.

Through the 1920s and 1930s, the Sound Mirrors were Britain’s early warning devices between the wars. Many of these sound mirrors are still intact and visible along the English countryside. However, before they could serve their purpose in WWII, RADAR was deployed in 1935, eliminating the need for the sound mirrors. During World War II, the Chain Home Radar would be used by Great Britain to detect incoming German bombers and fighters from 25 to 235 miles, depending on altitude.

A CH station consisted of four 360 foot tall steel towers separated by 180 feet. Strung between the towers were vertical feed cables. Between these vertical cables were eight half-wave dipoles spaced ½ a wavelength apart. Chain Home would send out a burst of radio energy toward a target and then calculated the time it took for that signal to return. Instead of steering a radio beam like a narrow flashlight and detecting when a target lights up, like today’s radar systems do, the Chain Home antennas were stationary and illuminated large areas like a spotlight. Direction to the target was determined by adjusting a knob that would minimize the blip and a scale to determine the angle. Based on the strength of the return, the size of the attacking force could then be assessed.

More about these towers as vertical arrays were described some by Duotech Services’ Silas Gibbs in his video, “Antenna Arrays Part 1”.

With the early warning of approaching aircraft, fighters could then launch and intercept German bombers well ahead of their intended targets. This was Great Britain getting inside of the Luftwaffe’s’ OODA Loop. It was highly effective in the defense during the Battle of Britain. The Luftwaffe lost nearly 1700 aircraft and almost all its crews, while Britain lost just over 900 and saved most of their pilots. The costly air battle caused the Germans to abandon their plans to invade England.

Radar systems are essential to the early detection of targets on land and in the air. Today’s defensive radar systems are much more advanced than the Chain Home, but the purpose behind both is the same: provide advanced warning of an approaching target to provide the opportunity to effectively respond.

Mechanical radar systems like the F-16‘s AN/APG-66/68 are mechanically scanned radar systems. The antenna array is rotated and shifted using motorized components to scan the horizon, or below, to identify threats and track them. Radar systems that use electronically scanned arrays do not require mechanical parts to move the beam to a particular zone. This makes them more efficient because they have fewer moving parts that could fail.

Radar systems have proven their worth throughout history by winning wars and saving lives and property. From the world’s first stationary defensive radar system, Chain Home, to the more modern long-range mobile systems of today, there will always be a need to see ahead of your position and let you know when the bad guy is approaching.

Check out the video at the bottom, “Testing The Sound Mirrors That Protected Britain”