The Humanitarian Side of a MAGTF, Helicopters, and Tilt-rotor to the Rescue 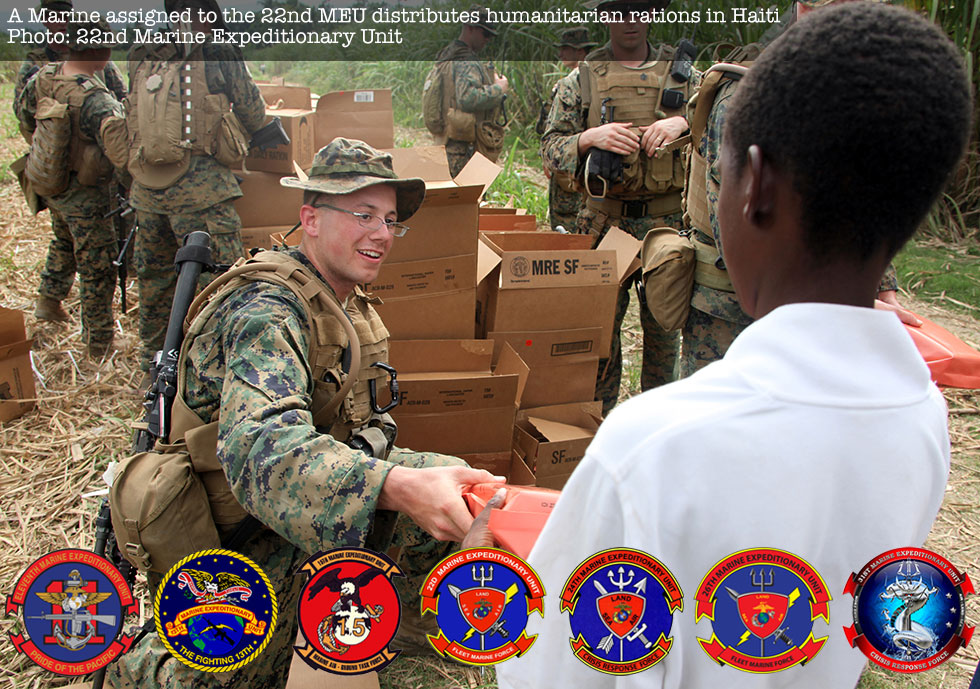 It’s finally a cloud-free morning. A mother and her two children step out of a shelter for the first time since the powerful winds and rain passed 9 hours before. The distraught mom looks around at what is remaining of the small community she has lived in all her life. Most of the homes still stand but none of them are without damage. The first powerful winds of the hurricane took down a few poles two days ago and the power has not been restored since. She can see down the road toward the town center and see the water from the bay is still knee-high in the streets.

She can hear the faint sound of a helicopter’s blades. The noise grows louder as it gets closer. She and her children search the sky for what they expect to be one helicopter. From over the roof of the shelter, three large helicopters with large pallets hung underneath pass over her head. Where they are headed she isn’t sure.

The kids are hungry. She has heard a local government-run warehouse four blocks over may have some food and drinking water. With the overwhelming numbers of needy, the supplies are going quick. With a little hope and some fear of what to expect, the mom scoops up her two children and begins her hike toward the warehouse. She prays there is help for her family.

She arrives at the warehouse area to see an amazing sight. About a hundred crates like those slung underneath of the helicopters fill the parking lots. They are filled with food, water, and supplies. Green military tents set up as medical stations all around the same area. The American military is here bringing in much-needed supplies and, along with community volunteers, are getting what is needed out to all those affected by the storm.

When a natural disaster strikes a country, sometimes the quickest response may be the United States Navy and Marine Corps. They can provide assistance through evacuations, rescues, supplies, and medical attention. The humanitarian aid is often provided by volunteer organizations and delivered U.S. Marines of a Marine Expeditionary Unit (MEU) that is assigned to a U.S. Navy Expeditionary Strike Group (ESG) just off the shoreline.

The ESG is a group of surface action amphibious assault ships, submarines, and maritime patrol aircraft that deliver the Marine Expeditionary Unit around the world. This MEU is a forward-deployed, self-sustaining force that combatant commanders can direct to accomplish a variety of special operations and conventional missions. Sometimes that mission becomes humanitarian relief. Instances of the U.S. Navy and Marines providing humanitarian aid would be helping the South Vietnamese escape a typhoon in 1970, carrying concrete slabs by helicopter to alter the course of lava when a volcano erupted in 1992, and disaster relief for the 1989 earthquake in San Francisco. Often within hours or days of a disaster, U.S. humanitarian assistance can be delivered by the Marines on the ground brought to shore by their air assets located on Navy ships off a county’s coastline.

The ACE missions in the MAGTF include transporting ground troops, weapons, and equipment and air support of that ground combat element. They also provide electronic warfare capabilities, air support, and air reconnaissance. In the humanitarian mission, the MAGTF shuttles humanitarian relief and support personnel in and out of the affected areas.

The MAGTFs fixed-wing aircraft include AV-8B Harrier and, soon, its replacement, the F-35B Lightning II. Also for refueling, the MAGTF would be supported by a KC-130 Hercules, which may be located far outside the current mission area. 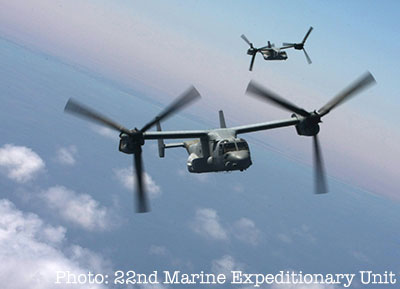 Projecting Power Around the World

The MAGTF is essential for projecting power around the world, sometimes in the form of an aircraft carrier. If there is a crisis looming in a particular part of the world, parking an expeditionary strike group with a combat element of 2,200 Marines off the coast in international waters can allow the United States to pursue diplomatic strategies from a position of strength. If an American embassy is in jeopardy of being overrun, a quick reaction force could be launched by the MAGTF’s CH-53 Super Stallions to reinforce Marine Security Guards while the embassy staff is evacuated. If a pilot is shot down in a hostile environment, a rescue unit can be sent in by Huey helicopters escorted by Cobra helicopters to locate, provide security, and evacuate the downed pilot.

In addition, having the ability to preposition a MAGTF outside of the storm’s path and ready to move into the disaster area as soon as it clears helped get the items this mother needed when the need arose. The big ships and ground combat personnel of the U.S. Navy and Marine Corps are a potent symbol of U.S. power, but having them deliver much-needed supplies and assistance in a humanitarian crisis helps show the United States military’s softer side around the world.

The U.S. military is not on the scene of every disaster. But when they are tasked, they use the best equipment and best-trained men and women in the world to accomplish their mission, even if that mission is to deliver 80 pallets full of medical supplies and food by Osprey and Super Stallion aircraft to citizens in a typhoon disaster zone.

Also read: The CH-53K King Stallion and Video of How a Helicopter Flies 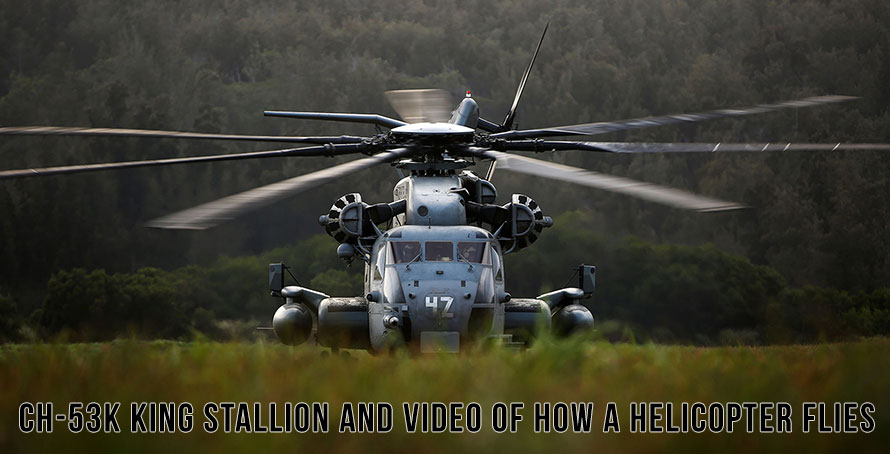