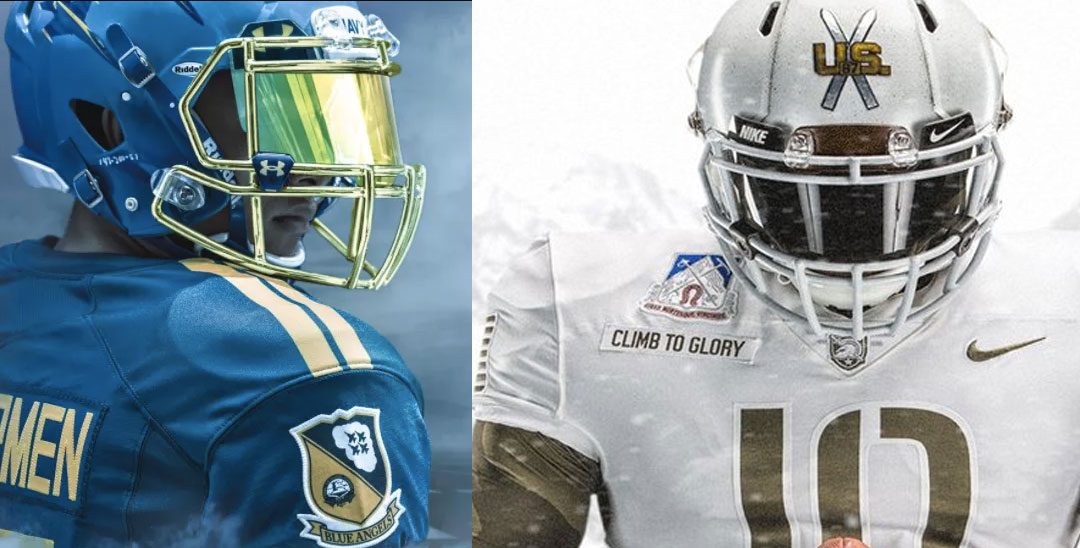 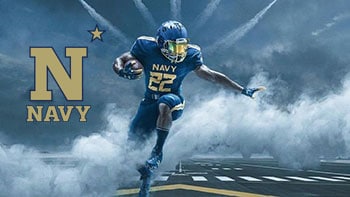 They have met each other on the grid-iron battlefield 117 times. Last year Army was victorious, breaking the Navy’s 14-year winning streak. Since their first game on November 28, 1890, Navy has won 60 times, Army 50, and they have tied 7 times.

On one side of the field is the Army Black Knights of the U.S. Military Academy in West Point, NY. The other side are the Navy Midshipmen of the U.S. Naval Academy located in Annapolis, MD. Their students and players are referred to as Cadets and Midshipmen, respectively. The cadets mascot is a mule — the midshipmen is a goat.

The attendance for this game normally exceeds 81,000. Because Army’s Michie Stadium seats 38,000 and the Navy-Marine Corps Memorial Stadium only 34,000, the Army-Navy game is traditionally played at a neutral site in Philadelphia or Baltimore. Last year in Baltimore it was held in the NFL’s Ravens stadium. This year is at Lincoln Financial Field, home of the NFL’s Philadelphia Eagles. 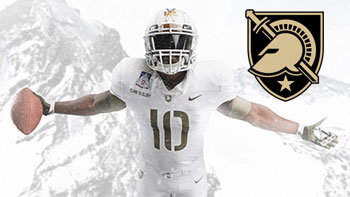 The Army-Navy Game is as much about the traditions as much as what happens on the field.

Since their first game in 1890, the Army-Navy game has become a storied tradition that no other college rivalries can match. This Saturday, December 9, 2017, these two schools will continue the traditions of March-on, Prisoner Exchange, Halftime Walk, and one team singing second.

The Army-Navy game is one of only three games where the players on the field are willing to sacrifice their lives serving all those watching on TV. The three U.S. Military Academies compete for the Commander-in-Chief’s Trophy, awarded to each season’s winner of the triangular series between the Air Force Falcons, Army Black Knights, and the Navy Midshipmen.

Depending on who you root for this weekend, the call will be “Beat Navy!” or “Beat Army!”. At the end of this Saturday’s game, despite all the academy rivalry, their traditions, and the competitive action on the field, the call from these cadets and midshipmen will be “Go USA!” 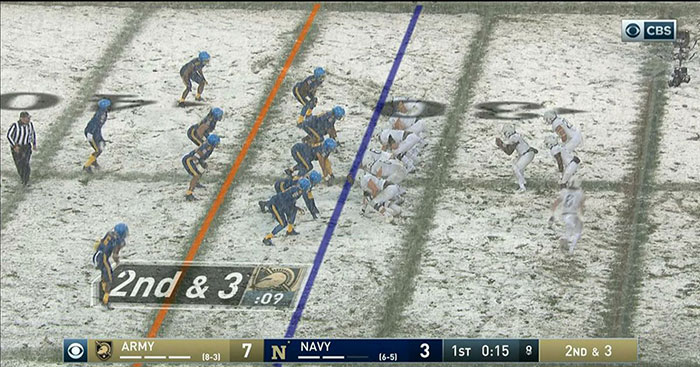 Since the writing of this article, the result of the 2017 Army-Navy Game was Army winning 14 to 13. In a game where snow blanketed the field, CBS digitally imposed yard numbers on the field during the broadcast coverage so viewers could see the players’ progress. (Image 1 – CBS Broadcast SBNation – shows digitally imposed field yard numbers). The game could have resulted in a Navy victory if the Midshipman kicker did not narrowly miss a 48-yard field goal attempt in the final seconds of the game. This win gave Army their second consecutive victory over Navy and their first Commander-in-Chief’s Trophy since 1996.

Both teams did exceptionally well in their respective bowl games. On December 23rd in the Armed Forces Bowl, Army beat San Diego State 42 to 35. Then on December 28th, Navy dominated Virginia 49 to 7 in the Military Bowl.